Reyna: Not voting is not an option 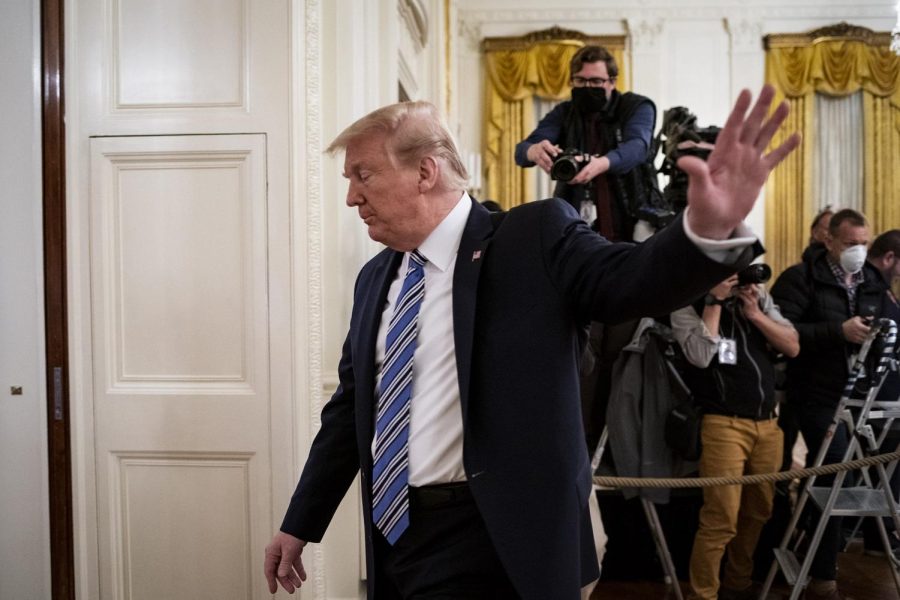 President Trump has disappointed many.

Election Day is fast approaching. One moment we’re speculating about who was going to win the Democratic nomination, next we’re analyzing every little thing about former Vice President Joe Biden and President Donald Trump, the respective Democratic and Republican nominees.

During the nomination process, there were multiple candidates—from Bernie Sanders to Tulsi Gabbard—that ran and won delegates in the Democratic primaries. All the candidates had different views that attracted a wide variety of potential voters. When the political circus was over, Biden had won the nomination. Many were upset by his nomination and have since vowed to abstain from voting out of disappointment.

This is the wrong mentality to have. Now, more than ever, is a critical time to vote.

President Trump is a disappointment. He has let us down, hurt our country’s image and must leave office before he causes more irreversible harm. To reelect Trump for another four years will only lead to decades of repercussions, from more conservative Supreme Court nominations to more failed responses to climate change and public health.

Spots on the Supreme Court are up for grabs in the near future, especially given the old age of Ruth Bader Ginsburg. Those nominees, if confirmed, will tip the court conservative. Justices serve life terms, meaning that any more nominations by Trump could leave us with decades of consequences.

Reports have been made that Trump is considering picking Sen. Tom Cotton (R-AR) and Sen. Ted Cruz (R-TX) as potential Supreme Court justices. We risk this becoming a reality if voter turnout is low. If you can’t imagine these two men becoming justices for the rest of their lives, then vote.

Beyond Supreme Court nominations, another four years with the incumbent means more damaging and inept policies on climate change and the pandemic.

The Earth’s rising temperatures, harsh winters and wild forces of nature are increasing in their severity. The consequences are evident with the growing number of severe storms in the Atlantic and the wildfires on the west coast, to name only a few.

As a country, we pledged to and signed the 2015 Paris Climate Agreement alongside a majority of the world’s countries in an effort to protect our environment. Trump vowed to withdraw from this agreement citing that it is “too costly.” Andrew Wheeler, a Case Western Reserve University alumnus and current director of the Environmental Protection Agency, is also in favor of abandoning the agreement. However, due to the process of leaving the agreement, the U.S. cannot officially exit the accord until Nov. 4—the day after the 2020 presidential election.

We cannot let this happen. The U.S. must be a leader in the fight against climate change. Another four years of Trump will lead to further easing of environmental restrictions. We must think of future generations. This will be their home, too. A blank ballot is a vote against our environment.

It is not just climate change that Trump has ignored; he has also failed to responsibly respond to the pandemic, resulting in thousands of unnecessary deaths.

COVID-19 has been in our minds for months. Everywhere we go, we are reminded by face masks, distancing and a not-so-normal semester with many students unable to return to campus. Trump’s response to this pandemic has been nothing but a failure. He knew it was dangerous, yet he downplayed the virus, enabling its spread and costing lives. If he had only listened to experts and implemented decisions that could’ve flattened the curve quicker, we wouldn’t be struggling through the repercussions of his attempts to save face.

This could’ve been his presidential moment of uniting the country against a common cause, but he blew it. If you’re considering not voting, ask yourself if you can handle four more years of responses like this.

Abstaining from voting is simply not an option this year. Think about how the Supreme Court and environment will look under a Biden administration as compared to a Trump administration. Think about the future. I acknowledge that Biden is not perfect, but he is our best chance to see change.

This coming November, vote as if your future depends on it. If you can, vote early. If your state allows you to, vote by mail. If you can’t vote by mail, take precautions as you vote in-person. Do what you must to get your vote counted. We are living in unique times, and we need hope. Be part of the change.

Christian Reyna is a third-year biomedical engineering major who plans to obtain a Spanish minor. Since he is stuck at home in Texas for the semester, he is usually playing with his dogs or trying to figure out how long he could go without overpaying for a cup of coffee.