Reyna: Primaries are important too

Your guide to casting your ballot this year. 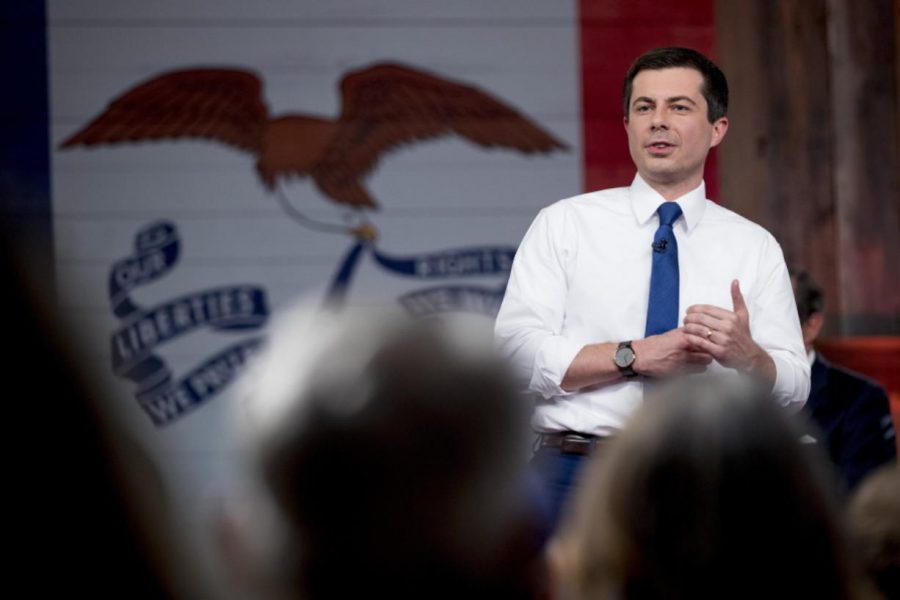 Primary season is upon us. We’ve begun the process of deciding who will be the Democratic Party’s nominee for the President of the United States. It is always our civic duty to exercise our right to vote, but primary elections typically experience lower voter turnout than general elections. A significant amount of eligible voters—approximately 60 percent—voted in the 2012 and 2016 general elections. Primaries are a different story, however. Some states experienced voter turnout as low as 16 percent in 2016, with many others’ turnout only a few percentage points higher.

This is too big of a deficit. With such a large cast of Democrats running—currently, eleven candidates—it is important to choose someone who has similar priorities as you, and that you feel could lead our country.

Of course, some states have caucuses instead of primaries, where a group of selected supporters gather and elect delegates to whom they believe should choose the nominee. Iowa is one of those few states. Regardless of your state’s early election mechanism, voting is critical to the integrity of our democracy, country and future.

As busy college students, tucked away in the bubble of our university, it is easy to forget about impending elections. Rest assured, there is still time to register to vote or request an absentee ballot. Voting begins as early as February in some states, and as late as April in others. Deadlines to register and request absentee ballots, however, are fast approaching, and vary by state. Be sure to check on the details for your state, or request guidance from the Center for Civic Engagement and Learning (CCEL).

CCEL is celebrating Voter Registration Day on Feb. 11 from 11:30 a.m. to 4:30 p.m. in their office at the Tinkham Veale University Center to help students register to vote, request an absentee ballot and find their polling location. Use this opportunity to be fully prepared to vote in the primaries if you are unsure where to begin.

To some, it can feel frivolous to vote in primaries, because you are at the point where you would vote for anyone who is not the president. However, voting for someone that has similar values and stances as you will help you feel better about the presidential candidate facing off against President Donald Trump in November.

Each Democratic candidate provides different solutions and perspectives on improving the state and condition of our country. While we are all inundated with work this semester, a quick break spent researching the fundamental stances of leading candidates can go a long way in making your vote count for all that it can. Further, it can help you take responsibility for your choices and personal impact in the United States, instead of waiting for the rest of the country to choose a nominee that you’ll blindly vote for in November.

Find a topic you care about, such as mental health, gun safety or immigration, and take note of each candidate’s stance and solutions. Most candidates have clear and concise positions on these prioritized issues.

Even if your chosen Democratic candidate doesn’t win the nomination, you’ll know the stances of the one who does. This basic research also gives you a better picture of what to expect from the nominee once he or she starts to truly run a presidential campaign with the Democratic Party’s backing.

On Monday evening, Iowa started the official primary season, soon to be followed by New Hampshire, next week. The most recent reports from the Iowa caucus—delayed due to technical errors with an app—show former Mayor Pete Buttigieg in the lead with a narrow margin over Senator Bernie Sanders. If you are disappointed with these results, don’t let that discourage you. There is still time for things to change. Use that opportunity to let your voice be heard when you vote for someone else. You can advocate for candidates through discussions with peers on campus. If you want to see a change, take that upon yourself and do everything you can to give your candidate a winning chance.

This election year is an especially important one. We hold the power to choose whether President Trump will continue as president for a second term. If you are unsatisfied with our president’s actions, policies, language and so forth, then it is important to vote in the primaries as well as the general election. We must all do our part in this democracy if we want to see a change for the better.

Christian Reyna is a second-year biomedical engineering major who plans to obtain a Spanish minor. When he’s not writing, he is usually thinking about his two Pomeranians back home in Texas and procrastinating on his homework.