Reyna: The case for Pete Buttigieg 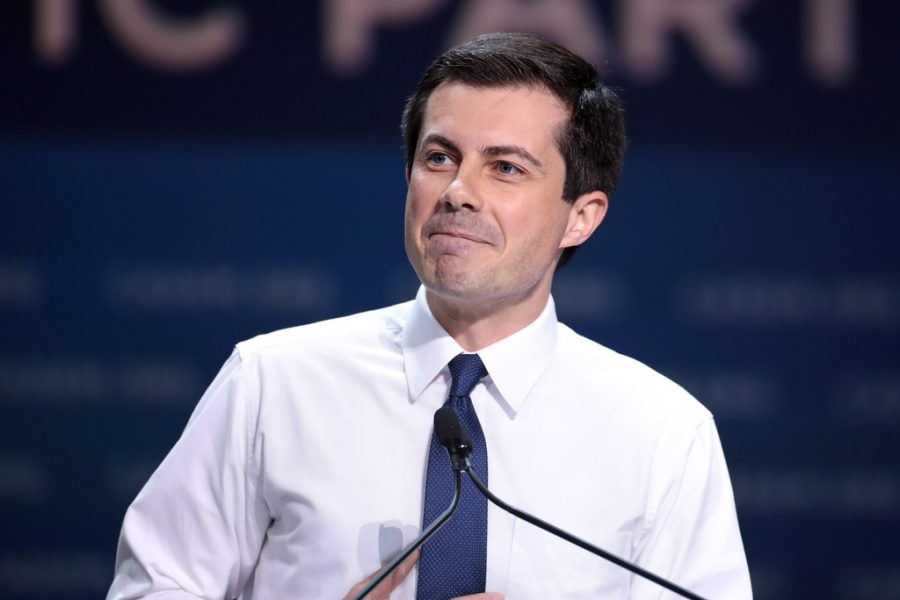 There are many candidates fighting for the Democratic nomination and the opportunity to defeat President Donald Trump in November 2020. Current frontrunners Sen. Elizabeth Warren, Sen. Bernie Sanders and former Vice President Joe Biden are certainly safe bets for any voter. However, another candidate, Mayor Pete Buttigieg of South Bend, Indiana, has interested me since early this year.

Compared to Warren, Sanders and Biden, who all poll above a 15 percent national average, Buttigieg is polling low at seven percent. However, this doesn’t worry me. When former President Barack Obama was running for office for the 2008 election, he was polling behind then Sen. Hillary Clinton by double digits in December 2007. In my opinion and personal experience, polls this early are not a good indicator of who will win the Democratic Party’s nomination.

We can agree, however, that Buttigieg is one of the heavyweights in this race, with a lengthy and impressive résumé. He is a Harvard graduate and Rhodes Scholar and was a lieutenant in the U.S. Navy Reserve, deployed to Afghanistan. He became the mayor of South Bend at the age of 29 in 2011 and was re-elected in 2015 with 80 percent of the vote. It’s almost like he was created in a lab as a stellar public servant.

All of this certainly caught my eye, but his ideas and positions for topics that I care about deeply—climate change, gun laws, health care, higher education and immigration—make me support his candidacy.

Buttigieg is serious about climate change. He has plans for the U.S. to be carbon neutral by no later than 2050. A carbon tax would disincentivize reliance on fossil fuels, and the revenue would send rebates to the lower and middle class. By 2025, he plans to double the amount of clean electricity made in the U.S., as well as have a Pittsburgh Climate Summit to encourage local leaders to act and have a set plan for future sustainability.

Daily shootings in our country are proof that gun laws are not working. Buttigieg was in high school when two seniors at a high school in Columbine, Colorado murdered 13 people. Acknowledging that the U.S. is one of the few countries in the world where shootings happen regularly, he is worried that the same fear that those students in Columbine felt that day has spread to thousands of students across the country. I come from Texas, a state known for its guns. However, like Buttigieg, I support universal background checks. He wants to place red flag laws that don’t allow dangerous or at-risk individuals to own a firearm. He wants to close loopholes that allow domestic abusers and people convicted of hate crimes to own a gun. These common sense gun laws make him a good candidate to work with both parties.

Additionally, our broken health care system provides the worst life expectancy and infant mortality rates of any industrialized country—for the greatest cost. Buttigeg’s plan, “Medicare for All Who Want It,” is a good option to help us become a healthier country. His hybrid health care plan provides Americans the choice of either having private or public insurance. The public option will compete with corporate insurers to lower health care prices. In theory, if private insurers don’t lower their prices, competition will eventually lead to Medicare for All, since consumers will all switch to public insurance.

Furthermore, as students, a close analysis of Buttigieg’s plan for accessing affordable higher education is critical. Attending a private university can cost over $50,000 per year, and while Case Western Reserve University provides decent financial aid, many of us will still graduate with student debt. Buttigieg is trying to help students coming from low- and middle-income families gain access to higher education. An increase in Pell Grants—federal education subsidies—will cover the cost of tuition and some living expenses for low- and middle-income students attending a public college. Buttigieg also hopes to cancel loan debt for students who attended for-profit programs and provide more support for students entering public service.

Among all of these issues facing us today, immigration is perhaps the most important to me. I’m from McAllen, Texas, a small city near the border that has been on the news more often the past few years because of the current immigration debate. Everyday back home, I see immigrants, both documented and undocumented, providing for their families and boosting our economy. Both of my parents are immigrants from Mexico and have overcome hardships and used their opportunities to provide for my siblings and me to help us achieve our own goals.

Buttigieg, like me, believes that immigrants are an important part to our image as a country. Immigrants make our democracy more diverse and contribute to our economy. According to Buttigieg, immigrants and DREAMers should have a permanent pathway to citizenship. The endless backlogs of asylum seekers should be replaced with a system designed to help immigrants.

Simultaneously, we need to have efficient yet responsible border security. Family separation should not be happening and we need to place ourselves in the world as a country that welcomes refugees and immigrants. We need to acknowledge that we have a humanitarian crisis at the border and we need to act now. As someone who grew up at the border, I believe these ideas will help our country and improve our border.

Buttigieg’s plans are capable of addressing many of the problems we are facing today. They certainly provide a good start for our country moving forward. I sincerely hope he wins the Democratic nomination and goes on to defeat President Trump. However, even without the nomination, Buttigieg should be considered for Vice President or a cabinet position. He has a bright future and has certainly left his mark in this presidential race at such a young age, as he campaigns with his husband, Chasten.

I was too young to vote in the 2016 election, but now that I can, my first presidential vote will be for Mayor Pete Buttigieg in 2020.

Christian Reyna is a second-year biomedical engineering major who plans to obtain a Spanish minor. When he’s not writing, he is usually thinking about his two Pomeranians back home in Texas and procrastinating on his homework.