Reyna: Trump, get out of the way 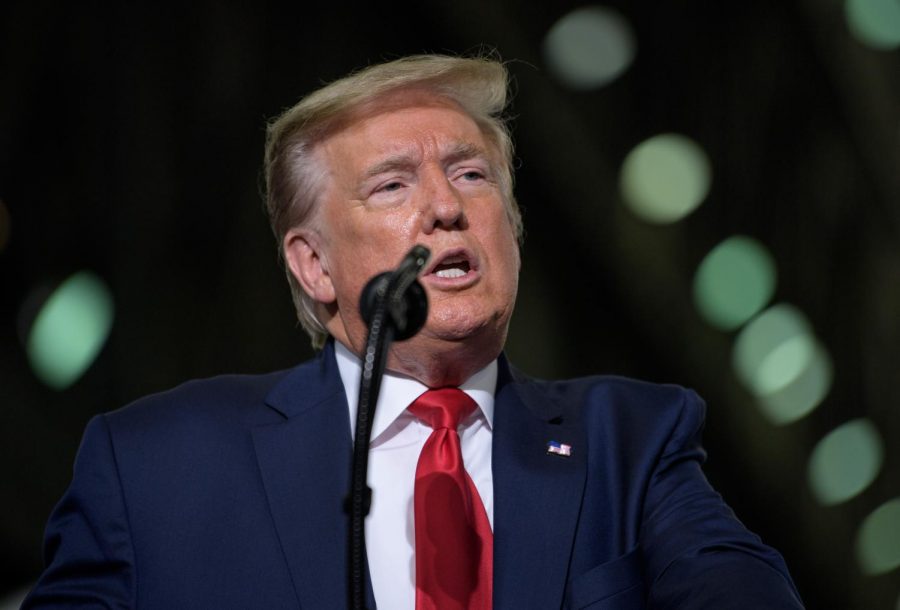 If Trump refuses to concede, dangerous precedents may be set.

Most of us had anxiety around the presidential election. Our eyes were glued to our TVs and computer monitors, watching states turn red and blue while keeping a tally of each candidate’s projected Electoral College votes. That was understandable. This election had the potential to drastically alter our rights, the strength of our democracy and how America is viewed worldwide. Election Day turned into “Election Week” as key battleground states like Pennsylvania, Georgia and Arizona were too close to call. In the end, the result was a projection that former Vice President Joe Biden would be the 46th president of the United States.

The news on that historic Saturday morning hit me with a wave of happiness and relief. I thought that the dreadful Trump administration would finally be over and that I could go on with my days without thinking about the president’s Twitter shenanigans. We finally elected someone who respected the office of the president and who would restore our country back to the shining hope it was known to symbolize. I felt relief for my immigrant parents who would go to sleep knowing that their president acknowledges them for their hard work and dedication. I felt relief for my friends who could marry who they love without being afraid of that right being taken away. I felt relief for those affected by COVID-19 as we will finally see effective approaches to curb its spread.

I was also proud that my country had elected our first ever woman vice president, Sen. Kamala Harris (D-CA). Vice President-elect Harris broke the glass ceiling and I look forward to all the changes she will make for the betterment of our country. I can rest easy knowing that she will take the role seriously and do everything to the best of her abilities to lead the country alongside President-elect Biden. I respect her immensely, and she is a role model to many in this country and around the world. I truly believe that she is the future of the party, and I wouldn’t be surprised if she ascended to the presidency one day.

All of these hopes and aspirations, however, have been dampened by President  Donald Trump’s failure to concede. Trump has stood his ground spewing baseless accusations of voter fraud. His supporters have taken his words to heart, protesting the counting of ballots at polling stations. In true Trump fashion, his administration has filed lawsuits in numerous states to discredit ballots. He is scrambling to retain power, and is afraid to admit that he lost the election.

In order for there to be a peaceful transition to the next administration, Trump must concede and cooperate with Biden.

No president in recent history has failed to concede to the other candidate. Former Sen. John McCain (R-AZ) conceded to then Sen. Barack Obama (D-IL) in 2008 and encouraged the country to send him goodwill and to work together. Richard Nixon lost to John F. Kennedy in 1960 and encouraged the country to unite behind Kennedy. In 1980, Jimmy Carter accepted the decision and the will of the American people. Trump is sticking out like a sore thumb by not being respectful of his opponent’s triumph. His failure to concede makes him look like a spoiled baby who didn’t get what he wanted for Christmas.

If Trump does not concede soon, it could have major consequences for the future.

Future candidates may take inspiration from him and refuse to concede or accept the election’s results. His inability to respect the will of the people is dangerous for someone in his position. Our country’s democracy rests on his shoulders. If we want to continue being a country that takes pride in its safe and fair elections, then he needs to get his act together.

I am hopeful about the Biden presidency. I believe that he, and Vice President-elect Harris, are the right people to get us back on track to tackle the pandemic, the economy and other social issues plaguing the country. If we want to fully reap the benefits of this new era in American history, then Trump needs to do the right thing and concede to ensure a peaceful transfer of power.

Otherwise, we may be in danger.