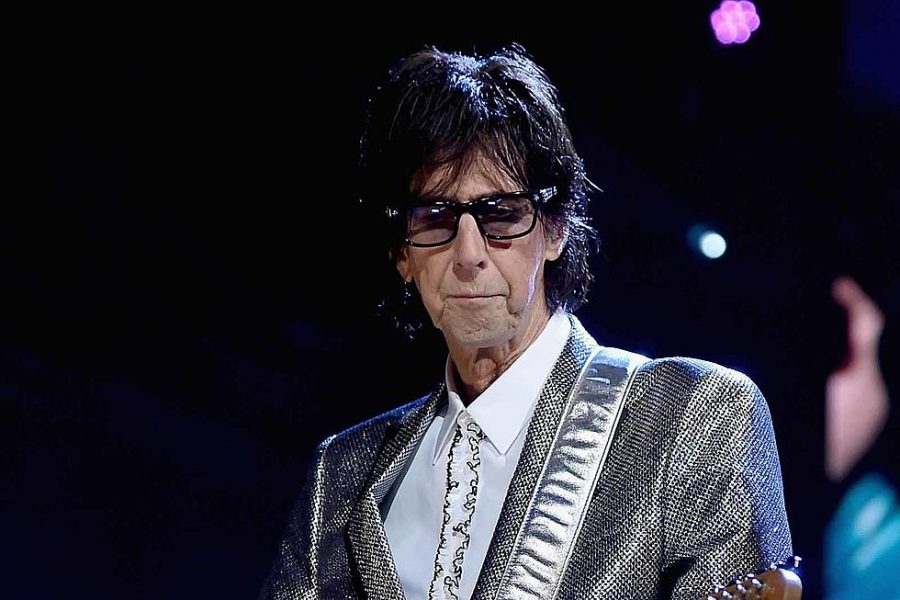 Ric Ocasek was the lead singer of The Cars

Ric Ocasek, the frontman of The Cars, died at the age of 75 on Sept. 15. The Cars was a pioneering band that proved integral in pushing new wave into the mainstream.

Ocasek moved to Cleveland at the age of 16 and graduated from Maple Heights High School in 1963. Ocasek met The Car’s co-founder bassist/singer and Lakewood native Benjamin Orr, and they formed a duo that performed around Ohio before they moved to Boston. In Boston, The Cars were created with guitarist Elliot Easton, keyboardist Greg Hawkes and drummer David Robinson.

Ocasek was older than most of his peers in the new wave scene, something reflected in how older music genres influenced his songwriting. The Cars were a mix of ’50s rockabilly and stark synth-based modernism, creating a fire and ice combination that set them for a string of hits in the late 1970s and early 1980s.

Each of the nine tracks on the album could have easily been singles in their own right, and many of them, such as “You’re All I’ve Got Tonight,” found a second life on classic rock radio.  The Cars established themselves with effortlessly catchy melodies, a sense of humor and fun, with a bit of experimentation mixed in.

“My Best Friend’s Girl,” with its handclaps, high school love story and twangy guitar banjo rolls from Easton, feels like bubblegum pop straight from a drive-in movie with a chrome paint job. The dark sauntering “Moving in Stereo,” a mostly instrumental piece that features the band stretching out a simple motif as far it can go for something that sounds more like a Brian Eno album cut than a hit by one of their new wave peers like Duran Duran.

Though the heights of their debut would be hard for any band to top, The Cars succeeded with several follow-ups. The band played with their sound often, the single “Touch and Go,” with verses built around a haunting looping keyboard before Easton’s staccato guitar brings the pop sheen needed for the song to work as more than just a failed experiment.

Ocasek’s lyrics were inspired by modernist free-wheeling poets like e e cummings. Though sometimes referred to as a poet, he told a Boston Globe journalist that he preferred to be called a “stenographer of the masses.”

“I don’t know what I’m going to write about before I do it,” said Ocasek to the Globe. “I look for different things, but I just like to leave things in poetic suspension.”

The band took advantage of the MTV era with several pioneering music videos. “You Might Think,” released in 1984, was one of the first to use computer graphics. “You Might Think” features Ocasek appearing in a variety of surreal places, as a fly at one point, and climbing the Empire State Building at another, in an attempt to gain the attention of a girl. The song won the first MTV Video of the Year award and became the first music video to be a part of the Museum of Modern Art in New York City.

Outside of his work with The Cars, Ocasek was an important producer for many indie rock and punk artists. He worked with Washington D.C. punk legends Bad Brains, known for incorporating elements of reggae into their sound, on the album “Rock for Light.” He produced the multi-platinum albums, “The Blue Album” and “The Green Album,” for ’90s alt-rock hitmakers Weezer.

“From the Bad Brains to Romeo Void to Weezer and many others, Ocasek produced many talented artists very early on their careers,” said Nada Surf singer Matthew Caws in an National Public Radio piece about Ocasek. “I think he had a particular knack for making young artists comfortable; he had a gentle and accepting manner, and may have stopped many young singers and players from overthinking, just like he helped me.”