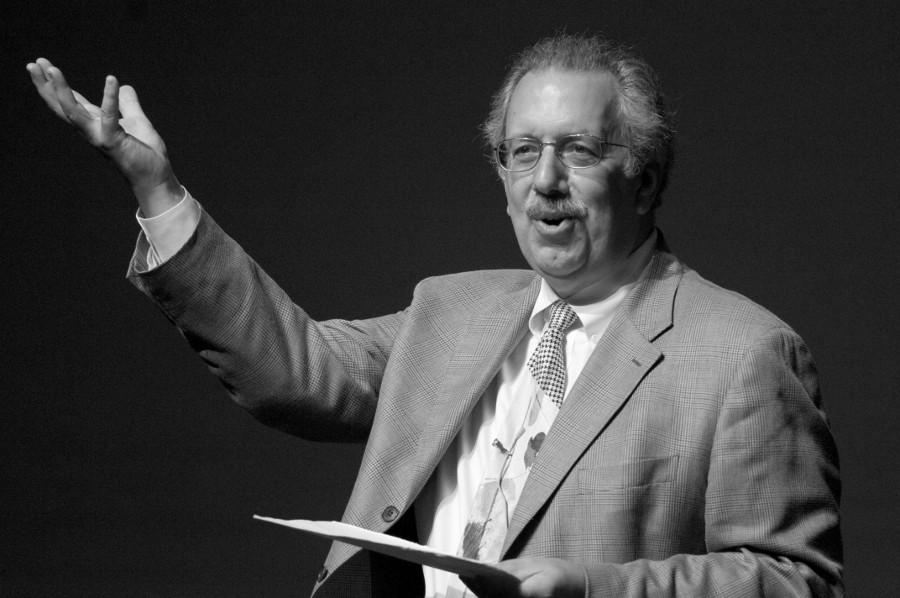 Does a four-year undergraduate education actually make your brain bigger?

This is one of the many questions that Professor Richard Boyatzis is interested in researching. Boyatzis, who teaches organizational behavior at the Weatherhead School of Management, was recently ranked the ninth most influential thinker in the human resources sector in HR Magazine’s 2014 list.

If Boyatzis is anything, he’s a multi-tasker. Boyatzis is working on a number of different research projects while still teaching his Massive Open Online Course, “Inspiring Leadership through Emotional Intelligence,” which has been running for over a year.

Boyatzis frequently works with Associate Professor Tony Jack, combining his research on emotional intelligence with Jack’s research on brain imaging and behavioral research. Their recent Kickstarter campaign attempted to raise funds to further their research on how specific brain regions apply to leadership development, but it failed to raise the required funding in time. Boyatzis and Jack plan on pursuing further methods to fund their research.

Boyatzis came to Case Western Reserve University in 1987. Prior to accepting his teaching position, Boyatzis spent 11 years as a CEO at a consulting company, specializing in outcome assessment research. He still uses that expertise in his research.

“CWRU got dinged as an outcome assessment research school,” said Boyatzis. “We’re still doing that research today. We’re initiating a study at the law school now, and have been doing various studies at the dental school.”

Surprisingly, Boyatzis’ undergraduate degree was in aeronautics and astronautics at Massachusetts Institute of Technology. It took him six months of working as an engineer to realize it wasn’t what he wanted to do for the rest of his life.

He decided to go to Harvard University and get his doctorate in social psychology. His main interest was in intentional emotional change.

“That’s what I’ve been studying since I left aerospace,” said Boyatzis. “How do people change and sustain desired ways, individually or in teams, organizations, communities, countries.”

Despite the differing subject matters, Boyatzis still applies his undergraduate knowledge to his current research.

“Aeronautics and astronautics really helped me in terms of approaching the study of life issues,” said Boyatzis. “Plus, I learned more calculus and thermodynamics than I ever used afterwards.”

Boyatzis’ early research focused on counseling individuals with substance abuse problems, specifically alcoholism. Through this research, he found that emotional intelligence is a multi-faceted process.

“Working with alcoholics helped me appreciate the importance of relationships,” said Boyatzis. He found that, without the support system of friends and family, it became nearly impossible for patients to stop abusing alcohol.

“When encouraging intentional change, you must realize that you have to help them on multiple levels.”

Boyatzis has been on HR Magazine’s list before, which ranked him as ninth in 2012. The list honors people making innovative moves in HR, bringing the field in new and original directions. Other honorees include professors from Harvard Business School, the University of Southern California and the University of Pennsylvania, as well as Sylvia Ann Hewlett, founder and CEO of the Center for Talent Innovation and David Rock, director of the NeuroLeadership Institute.