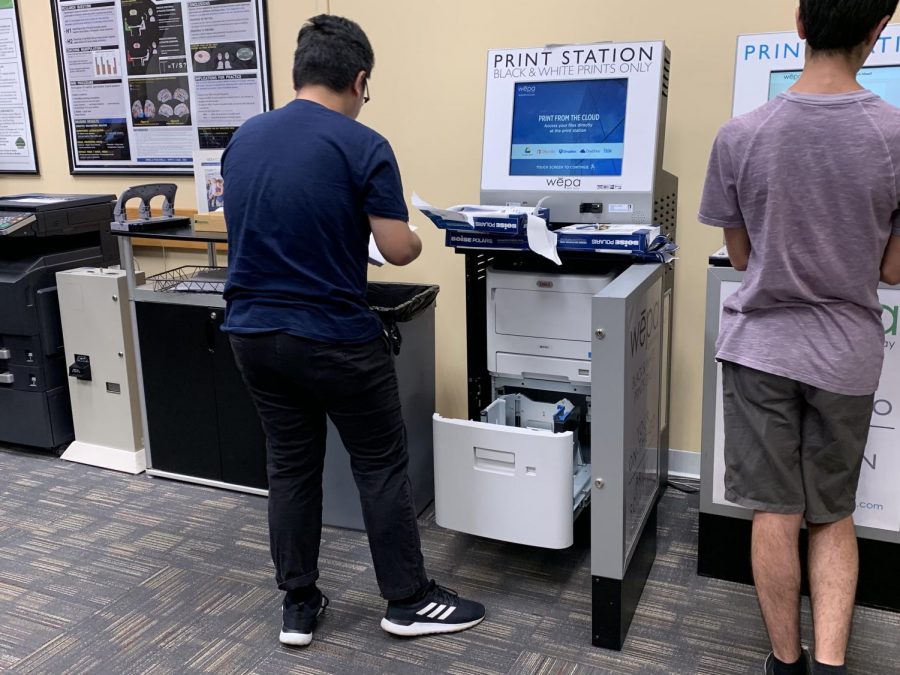 The wepa print kiosk in Kelvin Smith Library, like many others, frequently experiences malfunctions.

I’m sure you can recall a time you were walking toward Case Quad, ready to print your assignment to turn in next class, only to realize that all of the four printers on the quad were down. Out of paper, out of ink, some sort of paper jam, not feeling like working right now or just plain shut off—all students have seen the unreliability of the wepa print kiosks on Case Western Reserve University’s campus.

The unreliability of our on-campus cloud printing is only half of the problem though. Quantity is the other.

Currently, there are only four—yes, just four—printers on the quad for students to use. I’ve encountered many situations when the three that reside in the engineering buildings all suspiciously quit working at the same time, leaving me frustrated and sweaty running to Clapp Hall to grab my last minute essay.

Sure, blame my time management skills for leaving 15 minutes to run around the quad in a frenzy looking for a working printer, but when there’s only four printers to pick your fate from, how much of the blame can really be attributed to me?

There are four wepa printers in the Peter B. Lewis School building alone. These numbers are great, but the fact that there are the same number of printers in one building as there are in the whole majority of class buildings in the center of campus raises some questions.

Mainly, why aren’t there more printers on the quad?

At some points, reliability isn’t even the issue. Sometimes, you can find yourself waiting 15 minutes for a herd of physics students to print their 12-page lab reports with the sparse number of printers on the main quad.

Don’t get me wrong. Wepa’s cloud network of printing is extremely useful and practical to work with. You’re able to print directly from numerous sources, including Google Drive, Dropbox and OneDrive. From the stations themselves, you can print from a flash drive too. The prices of printing are fair, and the paper quality is reasonable if you even care about that.

The only problem is the number of printers we are limited to. The wepa network has extraordinary potential to handle the printing requests of thousands of students, but with only a handful of printers in some locations, it limits its ability to provide students with its intended efficiency.

Jason Richards is a third-year computer science major. He enjoys programming, biking and spending his money on Chipotle.