Robert Eggers submerges us into madness in The Lighthouse 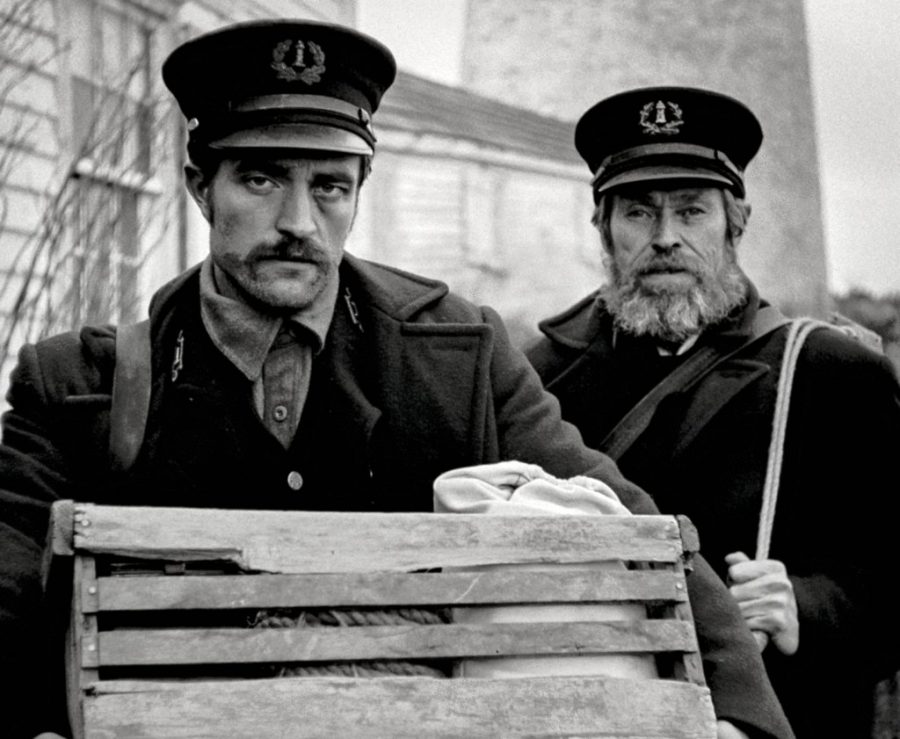 Film director Robert Eggers eases the eagerness of fans of “The Witch,” his 2015 horror crossed with historical drama, as “The Lighthouse” reached theaters on Oct. 16. Despite his reputation for slow-moving works, “The Lighthouse” is difficult to place into any one category. Presented in black and white, in one setting and with only two main characters, the film is sure to leave audiences talking even once the theater’s lights flicker on.

The film, set on an island off the coast of New England in the 1890s, follows a seasoned lighthouse keeper Thomas Wake (Willem Dafoe) and his apprentice Ephraim Winslow (Robert Pattinson).

As the story begins, Winslow arrives to the island for work, where he will be residing with Wake. After his arrival, it becomes clear that these men are the only ones who will be residing there, save for the obnoxious seagulls that seem to pester Winslow.

The two men’s relationship sets for a rocky sail as the keeper lures the quiet young man to open up in conversation during their daily dinners. What starts off as an innocent, shallow relationship evolves as the men, intoxicated, descend into a power struggle fueled by madness.

A notable aspect of this film is the amount of the story that is left for the viewer’s interpretation. Eggers teases the audience by playing with the concept of time, which becomes lost both by Winslow and the viewer. As the days pass by, you begin to wonder (as does Winslow) how long the two men have been on the island, and if the young man is ever going to depart like he planned.

Adding to the blur between reality and fantasy is the infusion of folklore in the form of sirens—what you might consider a key feature of a sinister tale told out at sea.

The siren imagery is first introduced to the story when Winslow comes across a small siren figurine in the house. From then onward, the sirens serve as a vehicle to represent the men’s sexual desires and fantasies, which could be adding to their insanity.

Sure to stand out to viewers is the cinematography, as the film is beautifully shot using a technique digital would not have been able to achieve. The camera lenses used for filming date back to 1912 and the 1930s.

Using micro contrasting, the cinematographers were able to acquire a “musty black and white” look, adding to the old fashioned, isolated ambiance of the film.

Despite the film’s resemblance to a horror timepiece, it doesn’t fall short of delivering comedic relief. The relationship between the two men is, at times, a comedy in itself with dark, twisted humor. You might just find yourself laughing out loud at unexpected moments or more often than you expected.

Whether you’re a fan of horror, curious about Pattinson’s performances past “Twilight” or if you have a soft spot for stellar cinematography, “The Lighthouse” should make your list of spooky stories to watch this fall.