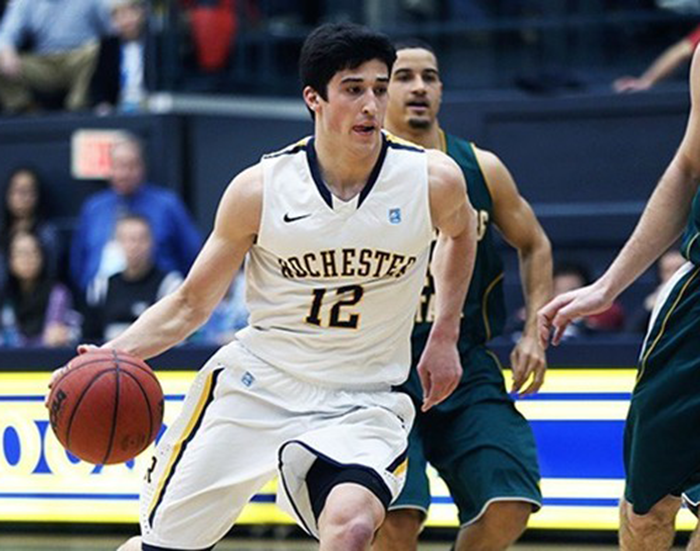 Rochester’s John DiBartolomeo was named the D3Hoops.com player of the year and a first team All-American after finishing his final season with a career best 22.6 points per game.

University of Rochester senior guard John DiBartolomeo has received the top two honors given out by D3hoops.com. He was named the D3hoops.com Men’s Basketball Player of the Year and a First Team All-American.

D3hoops.com started naming All-America teams in the 1997-98 season. This is the eighth straight year that the website has chosen a Player of the Year.

DiBartolomeo was a First Team honoree by the UAA, ECAC Upstate New York, the NABC, and D3hoops.com.

He was selected to play in the Reese’s NABC Division III All-Star Game in Salem, Va. last Saturday. Previously, he was named a finalist for the Josten’s Trophy, given by the Salem Rotary Club.

During the regular season, he was named to the D3hoops.com Team of the Week five times. He was a Second Team Pre-Season All-American by D3hoops.com entering the 2012-13 season.