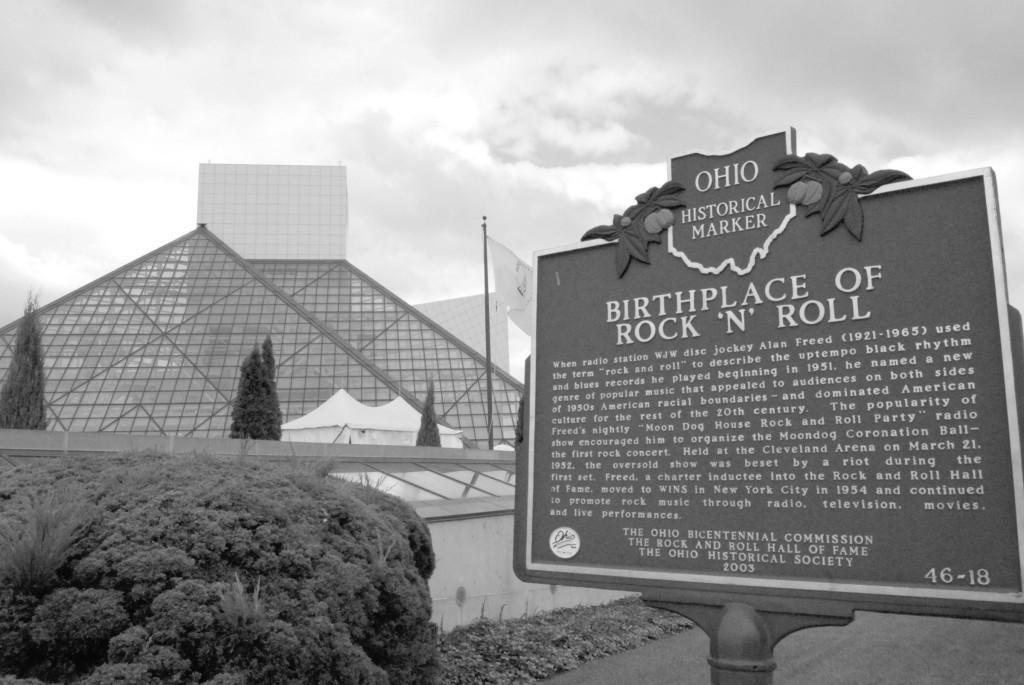 In 1995 Green Day released Dookie, MTV hadn’t yet hired Carson Daily, R.E.M. got sick on Monster, and Tupac was in jail. Michael Jackson was still making hits, Alanis Morrisette took a Jagged Little Pill, and Bob Dylan made sweet music touring with Patti Smith. Fifteen years ago, The Cleveland Rock and Roll Hall of Fame opened its doors to the world and set its sights on being one of the most visited tourists’ attractions in the United States. Cleveland rocks, right? But when opening a museum based on free-spirit and the raucous rebellion that became musical genius, how do you organize or create a business plan? At 15 many of us still had not managed to score a first job or a date to the Winter Formal, but with a new $5 million dollar endowment under their belts this month, it looks like age 15 is going to be pretty stellar for the Rock Hall.

Attracting almost 7 million visitors per year, the museum brings in an estimated $107 million dollars annually to the Cleveland economy. According to their annual report, they saw ten percent more visitors in 2009 than in previous years, with 477,800 fans visiting Cleveland. The Rock Hall is also a major employer in the area, hiring everyone from teachers, curators, radio personalities, along with retail and maintenance people to keep the building up and running. Designed by I.M. Pei fifteen years ago (who was in charge of additions to the Louvre and National Galleries in D.C.), the Rock Hall is getting ready to start a major renovation to the building. When completed, the museum will usher the yearly Induction Ceremony back to Cleveland from New York. This revamp is part of an almost $35 million dollar plan to increase educational programming, develop Rock Hall library and archives, as well as establish an operating reserve.

With $38.2 million dollars in revenue coming in from 2009, the $5 million dollar endowment to the museum may not seem like much, but it will help the Rock Hall complete the last phase of fundraising for their reconstruction project that is scheduled to be finished in 2012. The money came from funds raised at the 25th Anniversary Hall of Fame concert in Madison Square Garden. Bruce Springsteen, U2, and Mick Jagger performed to celebrate the 25th year since the Rock and Roll Hall of Fame Foundation was created.

“Any institution needs to remain fresh and exciting,” CEO Terry Stewart told the Cleveland Plain Dealer. “This is a chance to realign the museum.” Curators plan to “realign” the museum literally linearly, with a more defined chronological timeline of rock history as the visitor travels through the building. As the museum exists today, history is mostly arranged into smaller exhibits with themes such as fashion or local music. The renovation will also give the main exhibition hall on the bottom floor a major facelift. Last year, the Rock Hall opened the $1 million dollar Foster Theatre on the fourth floor, which can stream live events and project programming in 3D.

One of the largest assets that the Rock Hall is ready to reveal to the Cleveland area is their groundbreaking library and archives that will reside in the new 75,000 square foot Creative Arts building that the Metro Cuyahoga Community College Campus opened last summer. The Rock Hall announced their partnership with Tri-C five years ago when they signed a 50 year lease for their stake in the building. The public archives will greatly enhance the various academic programs that the Rock and Roll Hall of Fame offers to students locally and nationwide every year. The Rock Hall even has a partnership with Case Western Reserve University through the SAGES program that focuses on writing about contemporary music, as well as how Hall of Fame Inductions shape the written history of Rock and Roll. Other hit programs at the Rock Hall include a one day lecture for high school students on the power of song and protest as well as “On the Road,” a program which connected 90 grade school classrooms, wirelessly, worldwide for an interactive education on the 2009 Inductees with Run D.M.C.’s Darryl McDaniels as one of the hosts. The Rock Hall has also been granted numerous awards for its “Toddlers Rock” program which has brought music to over 3,000 children since its inception.

Programming for this upcoming year includes the continuation of “Rock and Roll Night School” a free lecture series on everything music, Fortune’s Battle of the “Corporate” Bands in October, and tons of Black History month programming in November. They just wrapped up their “Summer in the City Concert Series” at the end of August with bands such as Deer Tick, Lighthouse and the Whaler, Carolina Chocolate Drops, Trans AM, and Megachurch coming to Cleveland over four dates to play to the city for free.

“To become better creators and better thinkers, to work better together and understand each other… music…can bring people together from all different cultures to understand,” said Susan Tedeschi, an American blues and soul singer, and Grammy winner. The Rock and Roll Hall of Fame Cleveland seems to embody this quote perfectly as it opens up its canon of rockers to those looking for a day of fun or a place to dig their heels into pop-cultured academic pursuit.