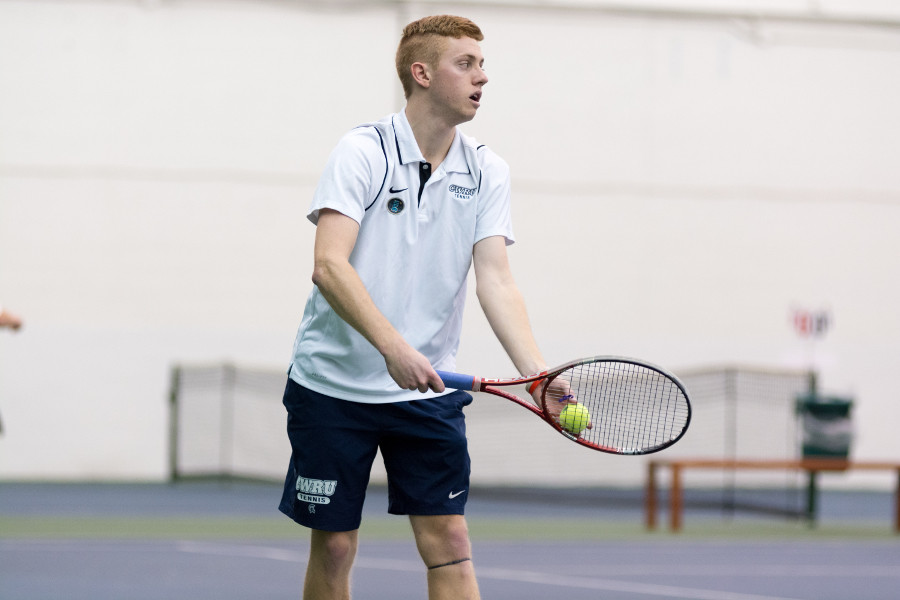 Despite previously holding an eight game win streak the Spartans struggled this weekend losing two of their last three.

The sixth-ranked overall Case Western Reserve University Spartans had its first bad couple of matches since the beginning of the season as they met up against Irvine Valley and Emory out in Claremont, California, but still came out with a win against Gustavus Adolphus in Claremont. After piling up an impressive 10 wins with only one loss, the Spartans finally looked mortal again during spring break.

On the losses, Spartan first-year student Robert Stroup lost decidedly at the hands of Javi Velasco. Later, the third-year student Kevin Dong of the Spartans was defeated by Octave Bellet. In the last single of the day, Irvine’s Bruno Figlia claimed victory over third-year student Joshua Dughi. Irvine Valley went on to win two of the doubles against the Spartans, handing out losses to CWRU in the first two doubles and taking an early 2-1 lead that the Spartans hadn’t faced in eight matches. The loss sent the Spartans’ record down to 10 wins and two losses on the season.

Against #1 ranked Emory in the Stag-Hen Invitational, the Spartans took their second worst loss of the season. Emory came out of doubles with two wins, giving CWRU its second consecutive 2-1 deficit to climb out from—a hefty task that the team was not able to accomplish. In singles, Emory came out strong with Rafe Mosetick handing Krimbill his first singles loss of the season in two games. The only Spartans to come up with wins in singles were Fojtasek and Stuerke, the other four singles being taken by Emory. This loss hurt the Spartans’ record even more by sending them to 11 wins and three losses.

Never to be downtrodden, CWRU found the strength to beat Gustavus Adolphus in the Stag-Hen Invitational 6-3. The Spartans took two of the three doubles matches, giving them an early 2-1 advantage—a pleasant change from the previous two meetings. In singles, Krimbill lost yet again against Gustavus’ Mohanad Alhouni in another two games. However the only other Spartan to lose in singles was Stroup, who fell to Zach Ekstein in three games. Fojtasek, Stuerke, Dong and Dughi all came away with victories against their respective opponents, giving their team the win for the meet-up. This snapped the team’s losing streak and improved their record to 11 wins and three losses on the season, which is a very welcome way to close out a spring break trip that did not go exactly as planned.

The Spartans may have had their worst week yet out on the west coast, but the team still holds immense promise. Their next games will be against Division I schools Indiana University–Purdue University Indianapolis and Butler, two meetings that will happen Saturday in Indiana. Spartan fans can look forward to the weekend with enthusiasm, meanwhile the players will have to shake whatever it is that ailed them this past week and get back into the winning form they have had throughout most of the season.