Rowing deep into the night 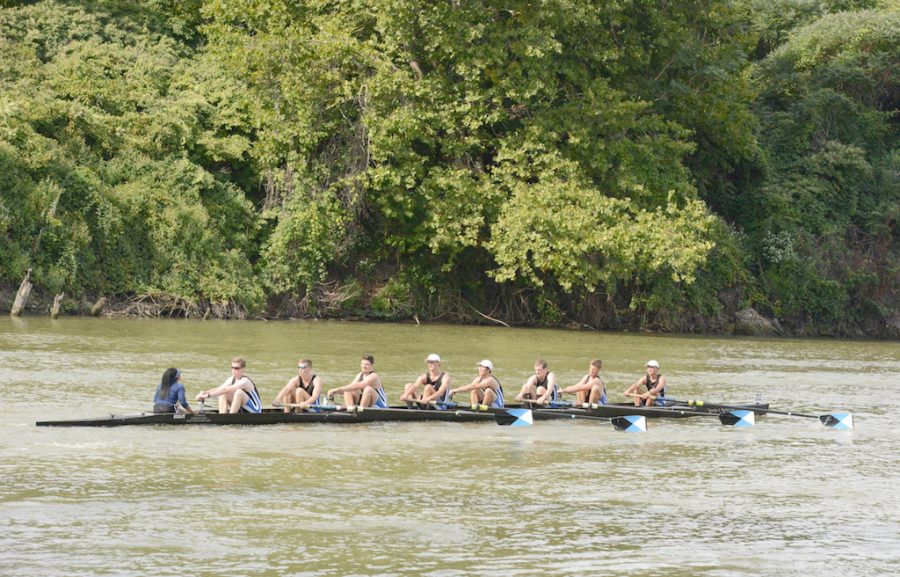 CWRU Crew will be running their annual Ergathon fundraiser this weekend in the TVUC.

It’s very late on a Friday night. You’re going through the Tinkham Veale University Center (TVUC) on your way back to your room when you stumble into the Senior Classroom on the first floor of the TVUC. You’re stopped in your tracks when you see six members of the Case Western Reserve University Crew team rowing on indoor rowing machines. Surely, you must be dreaming.

You aren’t. Those rowers are really pushing themselves to the limit on exercise equipment in the middle of the night. It’s all part of the CWRU Crew’s annual Ergathon fundraiser. Members of the club combine to row for 24 hours on the machines—known as ergs—as friends and family watch and pledge money to the team.

Though normally held in the Red Cat Room inside Wade Commons, the event was moved to the TVUC to increase the awareness of the student body.

“We were hoping to get a little more visibility and make it accessible to both ends of campus instead of just the North Residential Village,” said Public Relations Chair Maria Tompkins.

Despite the change in location, the event still functions the same. Club members sign up for one or more 60 minute time slots during which they row on the erg. Before the day of the event, they send letters to their families and friends asking them to pledge a donation to encourage them to row. All of the money goes to paying for the club’s spring break training trip to Lake Guntersville, Alabama, which Tompkins says is “really important to help us develop.”

An interesting part of the club’s fundraising method is that whatever money an individual raises pays for their own trip. None of the money benefits the team as a whole. That support comes from bake sales and partnerships with local establishments like the Corner Alley and Chipotle.

Tompkins and Fundraising Chair Crystal An introduced new elements to the event in order to liven it up. In addition to the new location, the event will be streamed live on Facebook along with a donation web page.

“That way people from out of state can donate …. It will make it easier for people to donate from far away,” said Tompkins.

An also mentioned how the team is sitting at tables in the TVUC before the event to raise money for the club. They also continued the opportunity for friends and family to donate extra money during the event to force a rower to sprint a set distance. This year it’s $1 for every 100 meters with a $20 cap.

According to club President Ian Steiner, the team competes in both four and eight rower divisions. Recently the club has been very successful. Last year the club won the University Rowing Association regatta, synonymous with a varsity team winning the University Athletic Association championship. Last season the women’s varsity boat made the petite finals at the Dad Vail Regatta, “the big spring race for most teams in the United States,” according to Steiner. The boat took sixth place, behind five Division I schools.
The club just started the spring portion of their season with the Hammer Ergatta on Feb. 5 and continue with the Home Schools Regatta on March 25 in Cleveland. The Ergathon starts on Friday, Feb. 23 and continues for most of the following day. All of the almost 50 members of the club should be participating, so if you do pop into the Senior Classroom, you’ll probably see a few familiar faces.