Rudoff: Complicity in mass shootings is a national burden 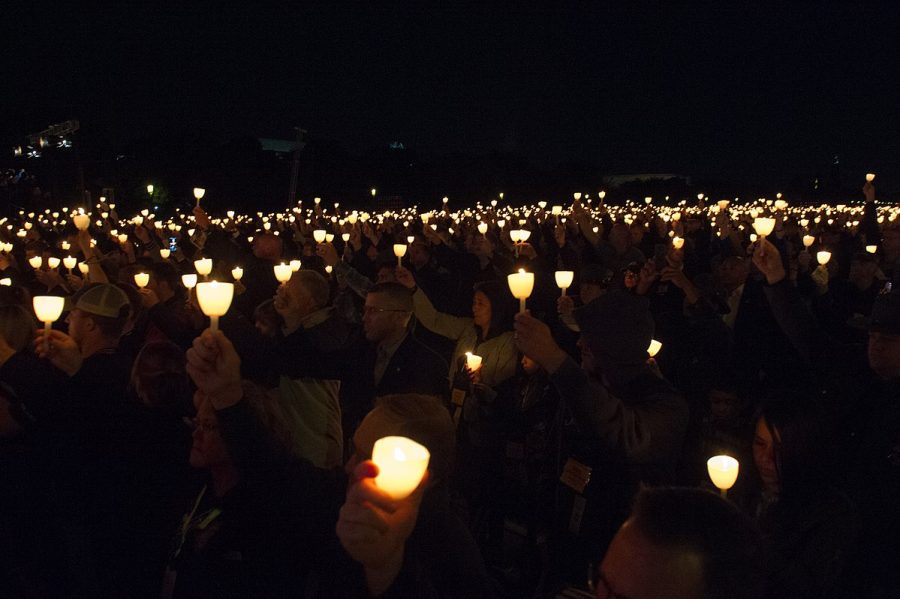 It’s doubtful that anyone missed the news of the mass shooting that took place at the Tree of Life synagogue in Pittsburgh this past Saturday. It was an attack that left 11 dead, six injured and, as with all American mass shootings, countless others traumatized.

The mere fact that I can say: “as with all American mass shootings” demonstrates just how low of a point in history we’ve reached.

Our history is supposedly marked by moments of exceptionalism, and the present definitely meets that standard. Just not in a positive, progressive or even developed manner. The reality of America is one where sexual harassment is an on-the-job skill for powerful men, van-dwellers in Florida send pipe bombs to politicians that talking heads told him to dislike and white supremacists consider it perfectly acceptable to spew their rhetoric in public.

Perhaps most glaringly, gun violence is seemingly around every corner. The places we typically measure as safe feel less so with every incident, especially for minorities. As the body count continues to rise alongside the number of attacks for the year, the question arises: at what point will we finally decide that we’ve had enough? Who has to die for any change to occur?

We’ve shown that students don’t matter. This past February, a school shooting in Parkland, Florida that left 17 dead sparked a movement culminating in the “March for Our Lives.” Millions of students around the country displayed their solidarity against our gun culture. They did not mince words or let their work be done for them by adults. It was genuine and powerful, and what came of it?

The students that led the protests found themselves the targets of online attacks, with people who had never in their life experienced a mass shooting criticizing their motives. Right-wing commentators clung to any students on their side, doing their best to discredit the leaders of the movement. For a brief while, the country pretended to care about addressing mental health in America—of course, that distractionary effort didn’t go anywhere either. What mattered most was the option of owning an AR-15, a big gun with no utility other than a level of precision that no civilian ever needs for personal protection.

Self-defense is almost never planned and tactical. It’s reactionary, much like the majority off the extremist “outliers” who take matters into their own hands. These are the very people who commit the atrocities that we categorically dismiss as less important than gun rights, and we’re propping up an outdated notion of liberty that practically hands them the ammunition. Second Amendment purism benefits nobody but the people who, much like the guns, cannot be well-regulated. If mass murders at schools can’t wither our blatant traditionalism, will anything?

The shooting at Tree of Life certainly won’t. Our favorite ideal to safeguard other than gun ownership is freedom of speech, particularly for nationalists and white supremacists.

Less than a week after President Trump welcomed the moniker of “nationalist,” a man entered a synagogue and opened fire after yelling that “all Jews must die.” It’s anti-Semitism, plain and simple. But the question is: how have we managed to embolden these extremists to the point where they feel free to act out?

It begins with the enabling of their ideology. Blogs, Facebook groups and weird white dudes with frogs in their Twitter names. People like Richard Spencer, who advocated for a white ethnostate, being welcomed onto college campuses to spread contempt for ethnic minorities. Ideologues like Alex Jones who slowly allow globalism—a signal for a Jewish conspiracy theory—to become normalized within political discussion. They incite violence, insurrection and a number of other terms calling for people to take matters into their own hands.

And somehow, they aren’t the craziest ones involved in this mess. That title belongs to us; we’re the ones who sat idly by and allowed it. On numerous occasions, we even defended them as “devil’s advocates.” Twitter’s staff has become famous for ignoring blatant threats, including some from a man who eventually sent out pipe bombs. When Spencer was punched, people called for an end to political violence.

The day of the shooting at Tree of Life, a commentator on Fox News claimed that a migrant caravan was a plot funded by George Soros. Just days before, Soros was targeted by a pipe bomb because of his association with an anti-Semitic conspiracy theory. It’s subtle, but indicative of just how much freedom we’ve given the aforementioned “outliers” to operate.

If mass murders in schools couldn’t enact policy change, then looking for it in the Tree of Life incident is just a waste of time. We enabled the rhetoric that allowed it to occur, so why would we have any constructive takeaways?

President Trump’s takeaway certainly didn’t indicate any beneficial introspection. He called for “armed guards,” a solution many brought up in the wake of other incidents, such as Sandy Hook and Parkland, as if more guns would solve our problem of gun violence. It’s been a struggle for him to publicly condemn this as an act of anti-Semitism, probably because he understands the political risks of doing so.

All of it is evocative of how far we’ve fallen, transforming into a grim embodiment of the classic metaphor of “shooting yourself in the foot.” But in our case, we dismiss the responsibility of the gun and yell at the foot for not being better protected.

Blind to our own self-destructiveness, we’re left to hobble through history.

Jackson Rudoff is a second-year political science and cognitive science major. He serves as Opinion Editor and is making a rare return to column writing.