Running and jumping into the new year 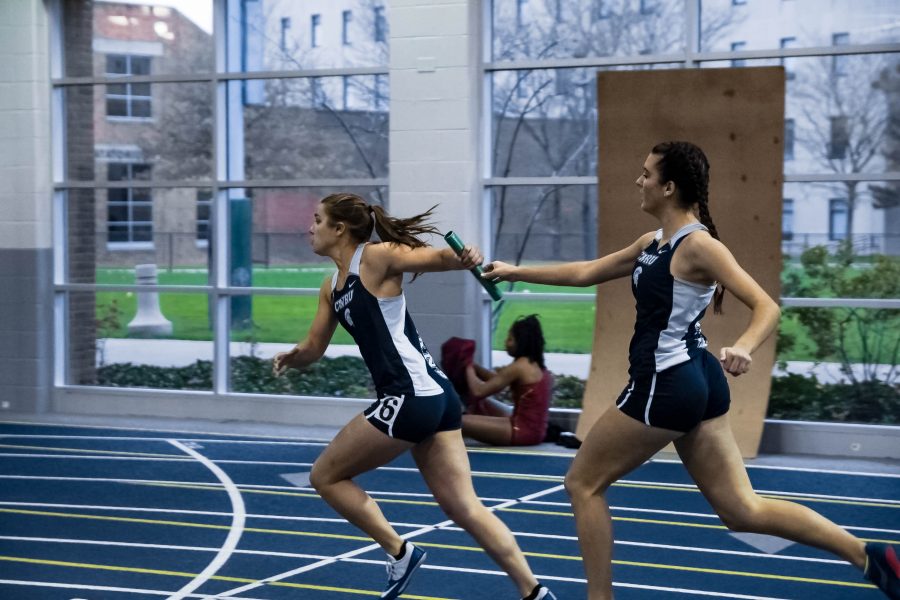 The Spartans invaded Kent State University for a track and field meet at the beginning of December. Case Western Reserve University had participants in a large variety of events throughout the two-day meet. The first day had far fewer Spartans participate than the second, but both days saw Spartans place.

On day one, third-year student Sam Merriman was the top performing athlete for CWRU. He finished third in the 5,000-meter run with a time of 15:19.72, nearly 11 seconds ahead of the fourth place finisher and only 15 seconds shy of first place. Also performing well was fourth-year student Temi Omilabu who took ninth place in the women’s weight throw. The other competition that CWRU participated in, the men’s weight throw, saw second-year student Tyler Bushman complete a throw for 12.22 meters, securing 23rd place in the event.

The following day, many more Spartans took part in the meet. Fourth-year student Nathaniel Wahner had the standout performance of the day for the Spartans by breaking the school’s record for the 200-meter run. Wahner placed seventh in the event. He recorded a time of 22.44, breaking the previous record of 22.48, which he himself had set just a season ago. Also performing well was second-year student Joseph Cabral, who took second place in the 800-meter run with a time of 1:56.52. Two other Spartans, first-year student Michael Hradesky and fourth-year student Joe Ledger, also took top 10 spots in the event.

Overall, the event featured no team scoring, but the Spartans did walk out with several impressive times, distances and heights. The team will be heading to Geneva, Ohio, on Jan. 21 for the SPIRE Invitational. A week after that, they will be home for the ninth annual Battle for the Obelisk against rival Carnegie Mellon University. With an array of impressive players on the team this season, it should be fun to keep up with the entire group as they continue their year.