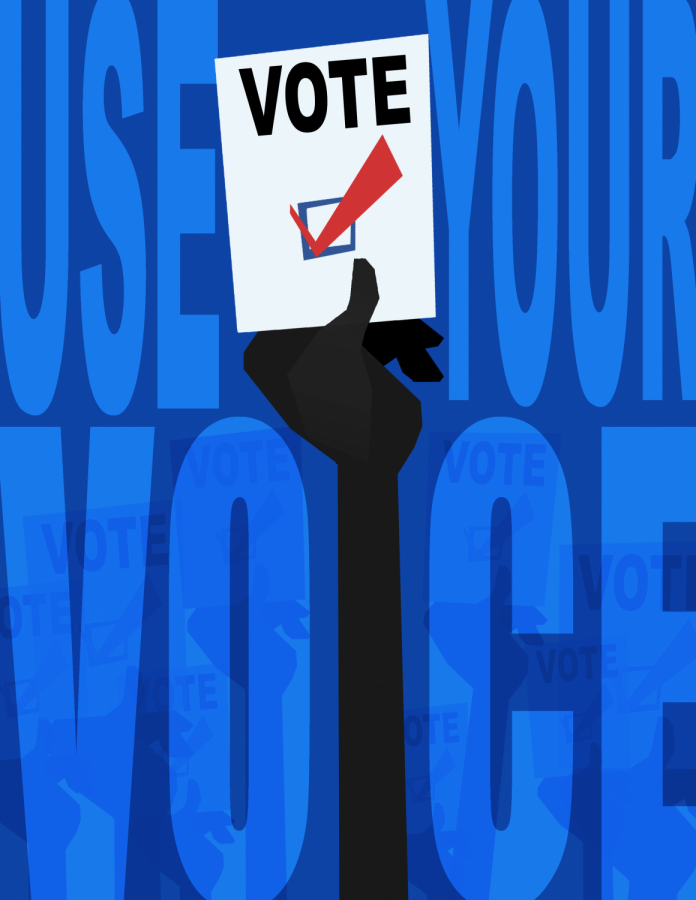 All throughout our lives as students, we have been told that voting is important. In fact, the phrase “voting is a civic duty” has been ingrained in our minds—without us necessarily understanding the true impact of voting. Despite being repeatedly told of the power of voting, many students still do not exercise their right to do so. Could this be because we do not have the proper resources to make an educated vote, or is it our laziness that is stopping us from going to the booths? The valid answer is both.

In high school, many of our government classes are inadequately prepared to teach students the basic skills needed to understand the voting process. How many times have we sat in class and taken notes on top of notes, learning how many members are in the House of Representatives, Senate and Supreme Court, and the functions of each body? But have we ever been taught the intricacies of casting a vote in-person or requesting an absentee ballot? What about how to change where you are registered to vote, or the fact that most states request you deregister if you change voting to a different state? Many times teachers do not stress how to actually cast a vote.

Their silence is killer. Due to the polarized nature of today’s political environment, teachers are very hesitant to speak about some controversial topics. While we live in a world where one’s opinion can spark heated debates and great controversy, unbiased discussions about difficult topics could enable us to construct our own opinions and choose a candidate that will best represent our values. Exposing students to local, national and global events leads to a civically-literate generation of voters.

That being said, many voting processes vary by state. Combined with the previous factors mentioned, most students are too unaware of the political process to even consider understanding the voting rules of different states. The wide variation of voting regulations can decrease interest to vote.

Furthermore, information about the political actors in an election—either locally or nationally—is everywhere, but it is not consolidated in one place. Understanding the differing political jargon, policies and ideologies of each candidate could take months. We, as average citizens, are not likely to exert that much effort to make an educated vote. Usually, we vote based on our environmental influences—how family and friends vote—or for candidates based on party alliance, regardless of the candidates particular policies and ideologies.

The historical trend of youth voter turnout has always been lower than 50%. In the 2018 midterm election, voter turnout for ages 18-29 was only 35.6%. In consideration of all the factors that were mentioned, these statistics make sense. But, it doesn’t mean they need to continue being this low.

The 2020 election is now fast approaching. We have the opportunity to voice our opinions. Even though it is a single vote, it can make or break any local election. Nationally, in a winner-takes-all system, our votes can be a strong influence to determine which candidate receives the electoral vote.

Amid the COVID-19 pandemic, casting our votes has become even easier. We can request mail-in ballots to come right to our doorstep. A large number of states no longer require an excuse to vote via absentee ballot, which consists of a mere 9 question application to obtain. Votes can also be cast early in some states to ensure your vote is counted without risking waiting in long lines on Election Day.

Our civic duty can now be done from our own home. We, as students, need to make the effort to research and educate ourselves about the political arena to cast an informed vote. Exercising this basic right will give students the voice to enact some change we believe in.

Students have been voicing the need to vote throughout all social media platforms; it’s now time those posts turn into action. Even if we encourage one person to vote, that could make an impact in the election of our representatives. A 5-minute visit to voteohio.gov will not be a waste of time.