“Sausage Party” more to it than expected 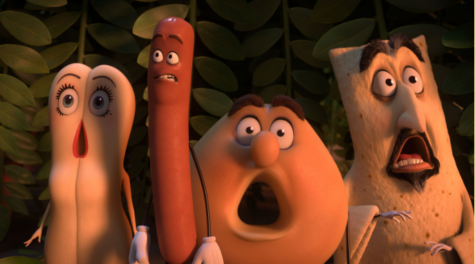 When the first trailer for “Sausage Party” came out, it made waves across the Internet. Never before had audiences been presented an R-rated animated movie like “Sausage Party.”

I was just as confused as everyone else when I entered the theater. How could there be so much buzz surrounding this movie? What is the plot? Will there even be a plot? While there was a plot, it took a direction I did not see coming. Sure, the main premise was the food discovering their real purpose in the world, but there was also a central theme dealing with theology which I wasn’t expecting from an animated movie about food. The movie tackles faith in a humorous and tactful manner that everyone can appreciate and learn from.

The humor made the movie shine. The film is a comedy after all, despite its religious allusions. Some of the dialogue was golden, even though we could have done without much of it. There was quite a bit of sexual humor—that’s to be expected with a name like “Sausage Party”—but some of it just wasn’t funny and was downright disgusting.

Overall, the movie was a good laugh with a surprising message behind it. For the most part I enjoyed it, although I could have gone without watching the last little bit of the movie that really embodied the name of the film.