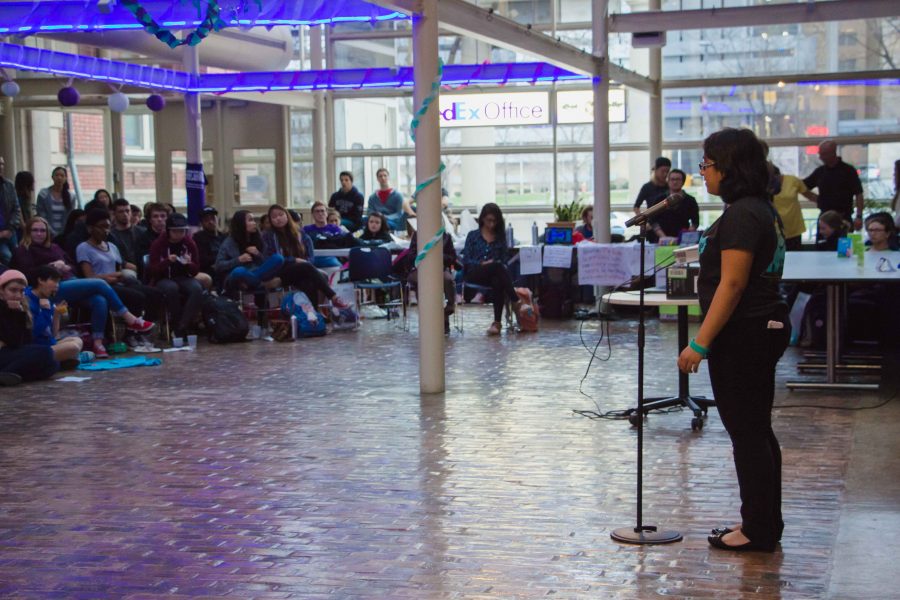 To help students and other Case Western Reserve University members learn more about sexual assault, Sexual Assault and Violence Educators (SAVE) held two events, Take Back the Night and a survivor support group. The events were held to honor Sexual Assault Awareness Month.

Take Back the Night, which took place on Thursday, April 13, is an event held every spring for survivors of sexual abuse and assault to speak out about their experiences, and for members of the surrounding community to hear out and support other survivors.

Akila Nallapan, SAVE’s marketing and events coordinator, explained that Take Back the Night is “a way to support each other and fight for a cause.”

Nallapan explained that take Back the Night began “When students, and community members felt that people needed to become aware of the dangers and signs of sexual assault.”

“It was to inform people that this is a very real thing happening in college campuses and high schools everywhere,” added Nallapan.

Students, faculty, community members and members of the Cleveland Rape Crisis Center all attended. This year, Take Back the Night had one of its largest turnouts.

Through Take Back the Night, SAVE hopes that they achieved helping survivors find a group of people they can talk to.

“We also hope to have shown the community that sexual assault is real and that we need to work to hopefully find an end to this horrible thing,” Nallapan said. “We also wanted students and the community to be aware of the various resources SAVE can offer survivors such as support group meetings, talking with counselors, and just finding a group of people that will love and support them no matter what.”

Nallapan had nothing but good things to say about organizing Take Back the Night and said that it has “definitely been an integral part of [her] college career.”

On April 17, SAVE also had a confidential survivor support group for students to speak out about their experiences with sexual assault and intimate partner violence. It was a safe space for students to share things and support each other in a non-judgemental way. This group was led by a student advocate and a representative from the Cleveland Rape Crisis Center.