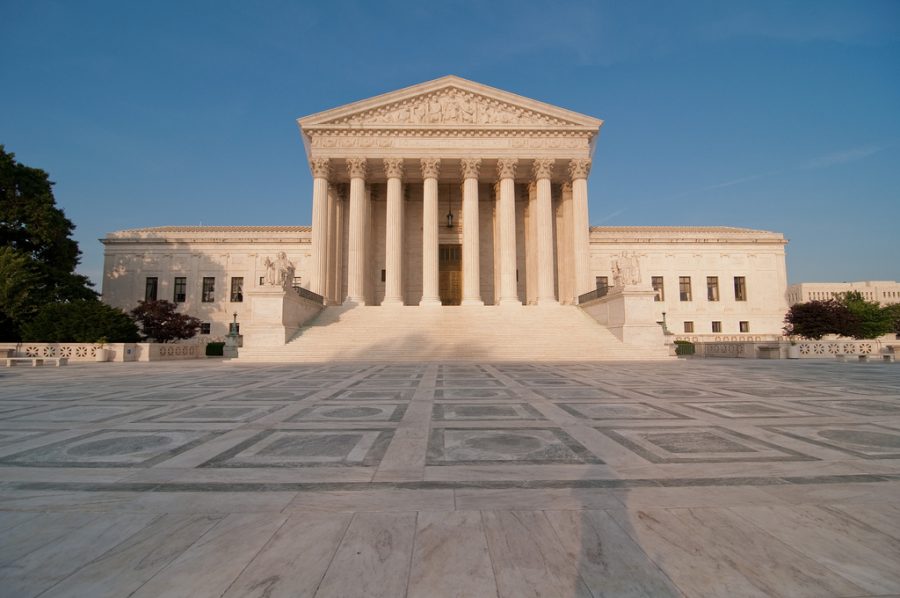 In the Janus decision, the Supreme Court ruled that labor unions’ mandatory agency fees for public sector employees are unconstitutional. In a 5-4 majority, the justices determined mandatory agency fees violate the fee payer’s First Amendment rights, because those fees are used to finance a political opinion not necessarily supported by fee payers. With this ruling, the Supreme Court narrowly overturned 41 years of precedent stemming from the 1977 Abood v. Detroit Board of Education ruling.

The lecture was held in the CWRU School of Law’s Moot Courtroom. Approximately 50 people attended, many of whom received Continuing Legal Education (CLE) credit, which is mandated in Ohio for practicers of law. The lecture was also recorded for CLE seekers unable to attend in person.

With a moderator feeding questions, the lecture was structured like a debate in order to take advantage of Alt and Malin’s differing perspectives on the Supreme Court decision.

Alt is the president and CEO of The Buckeye Institute, a right-leaning think tank based out of Columbus, Ohio that has national influence. On the other hand, Malin is the co-director of the Institute for Law and the Workplace at the Chicago-Kent College of Law and was appointed as a member of the Federal Service Impasses Panel by President Obama in 2009. He served in that role until 2017 when President Trump removed him along with the other members appointed by Obama.

Alt supported the Court’s interpretation on the premise that it is impossible to separate political questions from union actions.

“Collective bargaining in the public sector looks a lot like lobbying,” he said.

On the other hand, Malin was concerned about inconsistency caused by this decision. He lamented “[the] total disregard of 41 year precedent.”

Janus v. AFSCME has implications for Ohio, one of the few states where union membership has increased in recent years. Ohio’s union membership rates have consistently been above the national average since 1989, when the Bureau of Labor Statistics began keeping comparative state data.

As of 2017, 12.5 percent of Ohio’s wage and salary workers were union members and an additional 1.1 percent were represented by unions. However, the Janus decision only applies to public sector unions.