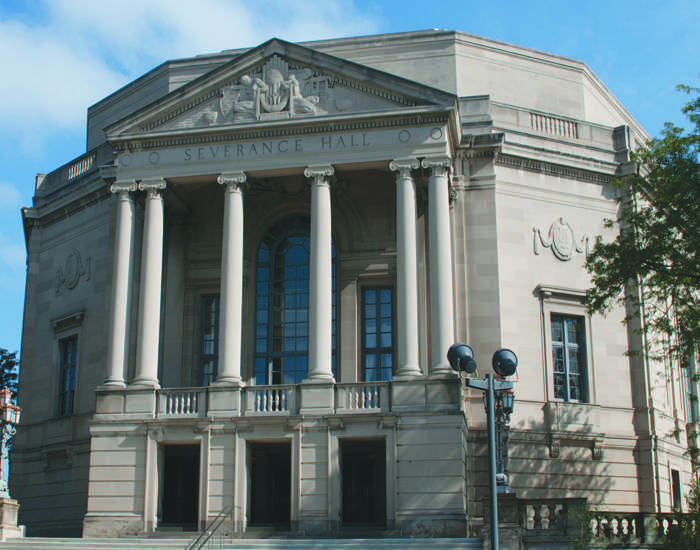 Last Wednesday, Case Western Reserve University officially began the 2012-2013 school year with the convocation ceremony in Severance Hall. Convocation is an annual academic ceremony that serves as a bookend to commencement in the spring. It serves as a university’s way to formally welcome students back for another school year.

After warm welcomes and best wishes from CWRU president Barbara Snyder and Undergraduate Student Government president James Hale, five professors from the university were given the title of Distinguished University Professor, the highest honor given to professors at CWRU.

James Anderson, a professor of pathology, macromolecular science, and biomedical engineering, has taught at CWRU for 44 years and has been instrumental in the collaboration between the School of Medicine and the Case School of Engineering.

Claudia Coulton, the Lillian F. Harris Professor of Urban Social Research at the Mandel School of Applied Social Sciences, is well known for conducting research to identify and solve issues in urban areas.

Eva Kahana is internationally known for her longitudinal research on elderly care.

Chung-Chiun Liu, an alumnus of CWRU and the Wallace R. Persons Professor of Sensor Technology, serves as the director of the Electronic Design Center and has mentored countless students throughout his career.

The Henry Eldridge Bourne Professor of History, Alan Rocke, is well known internationally as a historian of science.

After these awards were given out, Snyder presented the University Medal to Elaine Hadden, who established the Elaine G. Hadden Distinguished Visiting Author Fund so that each year’s common reading author can visit CWRU.  This year’s author was William Kamkwamba, writer of The Boy Who Harnessed the Wind.

Kamkwamba is a self-taught inventor, best known for building a wind turbine from ordinary junk found discarded in his village in Malawi. He eventually became well known internationally. Kamkwamba has appeared on shows such as Comedy Central’s The Daily Show. In addition, he spoke at a TED conference in 2007 and is currently a student at Dartmouth College.

Kamkwamba spoke about the book, supplementing his speech with a slide show of pictures from his village.  He told students to trust themselves and to persevere.