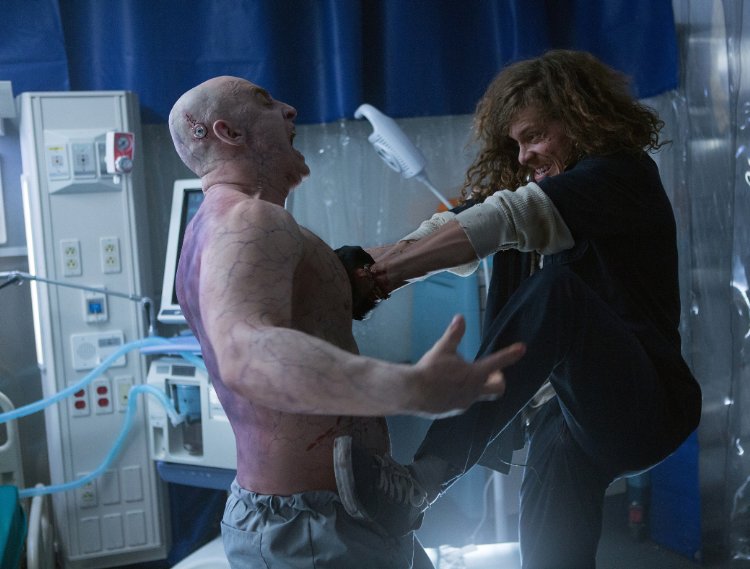 "Scouts Guide to the Zombie Apocalypse," a zombie movie featuring boy scouts and cats, has some funny moments but is disappointing overall.

The zombie subgenre of horror has been a staple for many decades, with many genre classics that have remained relevant for years. A tricky area to place the zombie subgenre is within the comedy genre, which usually requires filmmaking finesse and a good grasp on humor to put out a quality product.

Some rare feats of this working include the British romantic horror comedy “Shaun of the Dead,” Norwegian zombie splatter comedy “Dead Snow” and its sequel, and the American zombie comedy “Zombieland.” In some cases the combination of zombies and comedy works.

However, “Scouts Guide to the Zombie Apocalypse” does not due to routine storytelling, one-dimensional characters, crass and only sporadically funny jokes and tired direction.

The film follows a trio of high school sophomores, Ben (Tye Sheridan), Carter (Logan Miller), and Augie (Joey Morgan), who are members of a failing boy scout group led by their Dolly-Parton-obsessed leader, Scout Leader Rogers (David Koechner). The three scouts have been with the scouts for as long as they can remember, but it is only Augie who still shows any passion for the scouts. Ben and Carter argue throughout the film—annoyingly—about whether to ditch the group or not, much to Augie’s chagrin.

Carter, the most foul and crass of the group, is motivated to leave when he learns of a convolutedly organized secret high school senior rave. He sees it as a chance to “hook up” with a girl and eventually convinces Ben to tag along.

But the day before, following a freak accident at a local research facility, the town is overrun by zombie humans and animals. The scouts and their skills are the only hope the town has for surviving the night, and with the help of a cocktail waitress named Denise (Sarah Dumont) they head out to save the party.

This may sound fine or slightly creative, but the movie is a tired, insipid execution of a clever title. The title is the cleverest thing about the film besides a bloody climax that does create a few jitters of excitement.

The performances are okay, with Sheridan and newcomer Dumont being the film’s standouts, although they don’t have much competition. Morgan plays a cliché rendition of an embarrassed, obsessed teen, and Koechner phoned in a performance as the scout leader, although his later performance in the film as an “afflicted” individual does improve his overall performance. Miller’s Carter is just too unlikeable, and constantly spews bad one-liners and poop-related humor. Most of the jokes don’t land well, except for some about zombie cats and messing with a zombie’s appendages, but the laughs are few and far between.

Overall, the film is not unwatchable, but is not worth seeing on the big screen. This likely won’t be a problem, since it has been pulled from many theaters due to poor box office results. It is coming soon to video-on-demand services, but even then, it is better to watch something else. Aside from the occasional laugh and a somewhat lively weapon montage and climax, it would be best to wait until it is available for rental as a last option. It’s a shame, since more should be expected from a movie with a title this clever.