“Seaspiracy” lays bare the catastrophic costs of fishing to our planet 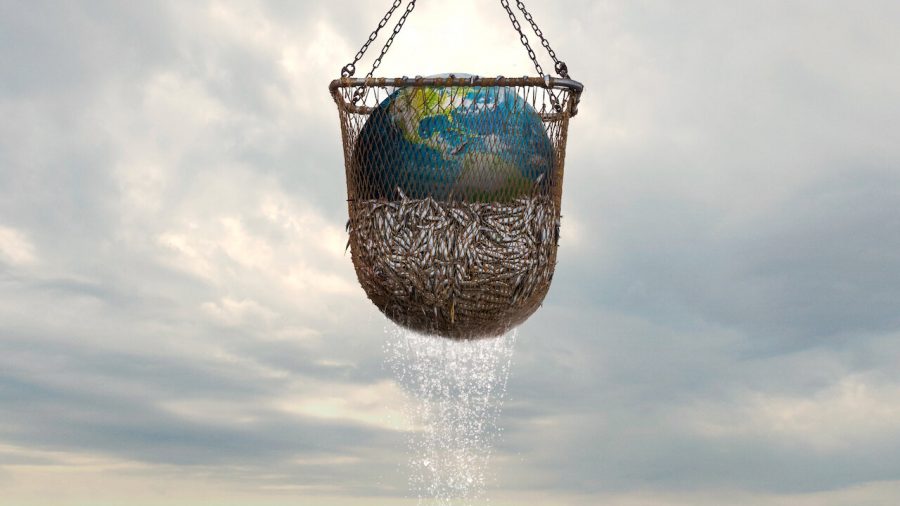 Witness the dark side of the fishing industry in this new documentary.

Yesterday was Earth Day, a day I feel I don’t give as much attention to as I should. The only memories I have of the significant day are the field trips I took in my elementary school where my teachers had all of us collect trash around the local parks. At the time, I found it tedious and frustrating, but now I realize it was a humble act of appreciation for our planet. It is important that we give back and repay Earth with the same kindness it has given us. To know what can be done, I think it is important to first educate ourselves on the human practices that are desecrating our home.

A good place to start is watching “Seaspiracy” on Netflix. “Seaspiracy” is a highly educational documentary created by English filmmaker Ali Tabrizi and made by the same team who developed “Cowspiracy,” an award-winning film backed by Leonardo DiCaprio. The documentary unveils the soul-crushing repercussions of fishing on our planet and the secretive crimes of the fishing industry. Within weeks of its initial release, “Seaspiracy” was among the top 10 most-watched programs on Netflix and has been extolled by many celebrities. But it is also a controversial film in some corners, putting forth hefty claims about the fishing industry, potentially coming off as propaganda. That being said, I believe in saying what is needed; Tabrizi underscores the urgency of correcting the often ignored corruption that occurs at sea.

The film reveals crucial information about the truths of fishing and its relation to climate change, mass extinction of marine life and violations of human rights. It first sheds light on the indiscriminate killing of whales by the slew of plastic that poisons the oceans. We may not realize how crucial whales are to the marine ecosystem, but they are actually responsible for fertilizing phytoplankton, an aquatic plant that absorbs four times more atmospheric carbon dioxide than the entirety of the Amazon rainforest, producing 85% of the oxygen we breathe. Even if killing whales may have initially seemed trivial, it is actually analogous to cutting down trees or imprudently using fossil fuels.

They extended the discussion to mention the Great Pacific Garbage Patch, a shocking example of the amount of waste we create. Residing in the North Pacific Ocean, it consists of large patches of garbage bounded by water currents, making up a surface area of 1.6 million square kilometers, which is essentially twice the size of Texas and three times the size of France. So really, the accumulation of our species’ garbage has created a massive landform of its own, detrimental to marine life.

The film escalates to discuss even more pressing issues like the illegal practice of whaling organized by the Japanese government and their unnecessary killing of dolphins to reestablish fish populations that dwindled from overfishing. But what really stood out to me was the common practice of bycatch. Bycatch is a byproduct of catching fish, describing how numerous marine species are “accidentally” caught and killed during the fishing of a targeted species. To put it in perspective, a fish that may come to your table not only costs the life of that one fish but of countless other species. Callum Roberts, a professor and marine scientist in the film, provides jarring statistics: A one-month fishery in Iceland costs the lives of approximately 269 porpoises, 900 seals and 5000 seabirds, all from bycatch. In the ocean, there are millions of commercial fishing vessels, making the breadth of species extinguished by bycatch unimaginably large.

The film goes on to discredit agencies like the Earth Island Institute and the Marine Stewardship Council (MSC), which are responsible for ensuring customers are given ethically and sustainably sourced seafood. Some experts from the documentary dismiss the term “sustainable” as an empty and utterly vague word due to its abstract and subjective nature; the unscrupulous killing of animals through bycatch is often considered “sustainable.”

Most importantly, the documentary draws back the curtain on how slavery permeates the fishing industry and the human rights that are conveniently violated for the sake of fishing. Specifically in Thailand, formerly enslaved workers reveal their harrowing truths about the way they were tricked and harshly treated when working in fishing boats. One survivor recounts his story about how he was deceived into being entrapped on a fishing boat for six years. The survivor said the victimizer would angrily beat the slaves with an iron bar, hold them at gunpoint and mercilessly kill them if they made trouble. The conditions were so severe that some slaves took their own life and people who were killed were often stuffed in freezers. In essence, consuming a fillet of fish could have meant the life of an innocent human being.

Overall, “Seaspiracy” directs light to the negative impacts of the fishing industry, a topic not frequently included in conversations about protecting the planet. Oftentimes it seems as if society intentionally sheds light on other less disruptive issues like the reduction of plastic use and the promotion of reusable and renewable forms of energy because they do not require us to make as many sacrifices in our personal life. On the other hand, fish consumption is a practice that has been carried out by many populations since the beginning of time. Seafood is deeply embedded in the cultural cuisine of many countries and many poorer populations depend on it for nutrition and survival, so discontinuing this practice is an unbelievable task. Still, the film implores that viewers reduce their fish consumption.

In truth, there are other ways to receive the omega-3 fatty acids often associated with eating fish. These characteristic nutrients of fish really originate from the algae and other plants they eat. Thus, it would be wiser to simply reap the nutrients straight from the source through algal oil supplements. After realizing the waves of repercussions that occur from stealing the life of a fish, saving the life of one can mean saving species from extinction, saving innocent humans and saving the planet. To learn even more about the realities of fishing and its impact on Earth, I urge you all to watch the film to be able to make more informed and eco-conscious decisions in your daily life.

“Seaspiracy” is streaming on Netflix.