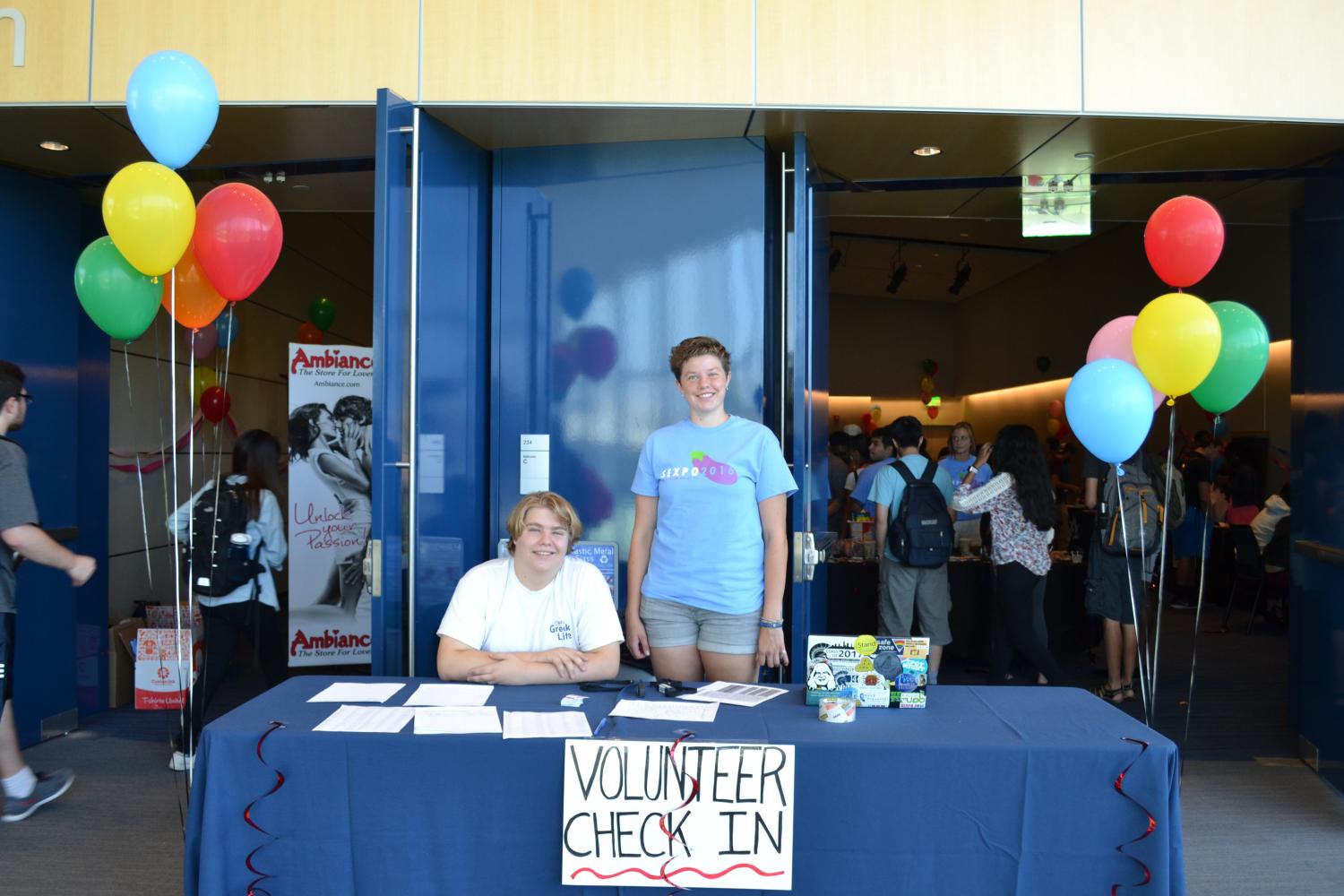 SEXPO aims to foster a safe place where students can learn about sex and sexual health. Many student groups and groups from outside of CWRU participate.

The second annual SEXPO was presented by Sexual Assault and Violence Educators (SAVE) and Greek Life at the Tinkham Veale University Center ballroom on Friday, Sept. 8. The event, which hosted speakers, information booths and activities, aimed to build an open environment where students could learn more about sex.

Katherine Rogers, director of SEXPO, said she wanted to create a fun and safe space to learn about sex, reproductive health and consent, among other topics.The aim of SEXPO, she said, was to “remove the taboo with openly talking about sex.”

Speakers, including a certified sex therapist, were invited to give talks and student volunteers set up booths that discussed topics ranging from contraceptives to reproductive health. Organizations from outside of campus, including Planned Parenthood, had tables to present information about their mission and their services. Each organization contributed to providing a safe space for students to gain sex-related knowledge in an informative and entertaining manner.

However, there were some changes to the event from the inaugural SEXPO last year. This year’s SEXPO was hosted earlier in the semester, and Rogers noted that this was meant to raise awareness about the “red zone” – the first four to six weeks of  a college academic year, when incoming freshman are most vulnerable to sexual assault. According to a Sexual Experiences Survey and a study published in the Journal of American College Health, female first-year students are at a higher risk of unwanted sexual experiences during the beginning of their first fall semester. This time frame is marked by a higher frequency of sexual assault by college students.

SEXPO expanded since last year, taking up both ballrooms at Tinkham Veale University Center. Rogers said she was surprised by the turnout last year, and noted that “so many booths have been added, coming from outside community as well.” Numerous booths were set up both by student volunteers from Greek Life and members outside of the Case Western Reserve University community.

Participants in SEXPO included a number of groups and organizations from off-campus in the Cleveland area. Among them were nonprofit organizations such as Planned Parenthood and Cleveland Rape Crisis Center, clinics such as Preterm, drag performers Lady J and Carly Üninemclite and local sex stores. Local sex stores Ambience and Cleveland Kink Shop had tables set up to demonstrate their products and hold raffles.

The event, only in its second year, was met with warm reception. Students were crowding through the rows of tables as they participated in activities. One activity taught consent by requiring participants to demonstrate their knowledge by asking consent before grabbing a cookie.

One student, Zachary Reinhold, said that SEXPO was “a wonderful experience for students who wanted to learn more about [sex related issues] that they had limited knowledge of.”

Another student, who preferred not to have their name printed, acknowledged the significance of the event by saying that it’s important to “work towards more conversation about sex – which has been traditionally stigmatized.”