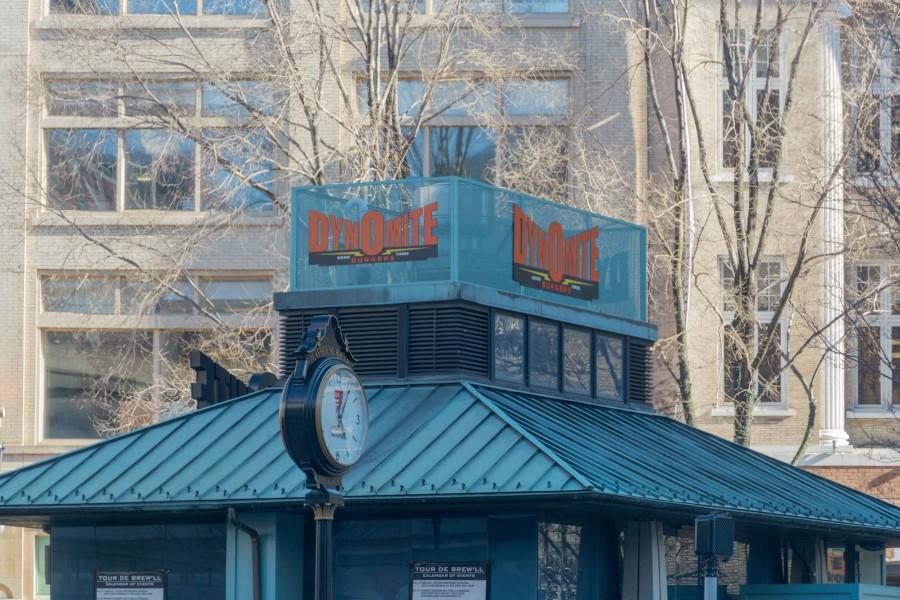 In Playhouse Square, it’s hard to miss a small, seemingly out-of-place burger shack, which marks the intersection between Euclid and Huron Road. Here, Dynomite Burgers stands, unimposing, at a fork in the road in one of the most iconic locations in Cleveland.

Uptown Cleveland is on its way to being iconic, too, and a second Dynomite Burgers will be joining the mix of restaurants on this renewed part of Euclid Avenue. Cleveland Restaurateur Zack Bruell plans to open the twin burger joint this April.

Located in the space formerly occupied by Cleveland Beer Cellars and across from the new Cleveland Institute of Art building, Bruell’s eighth restaurant will capitalize on the success of its Playhouse Square counterpart by offering a fast and casual dining atmosphere with expanded seating and a new menu.

In addition to 80 outdoor seats, the restaurant will offer approximately the same seating capacity indoors to accommodate sit-down diners throughout the year. The focus of the new restaurant’s menu will also vary, with sushi inspired by other Bruell restaurants, Parallax and Kafeteria. This is added to the menu of sandwiches, signature burgers, soups and entrée-of-the-day options. Prices are manageable, especially for students, with many meals landing at well under $10.

Dynomite will also include a full-service liquor license with as many as eight beers on tap, placing particular emphasis on local brews.