Between Dual Degrees and Minors, Secondary Majors Open Up a New Option 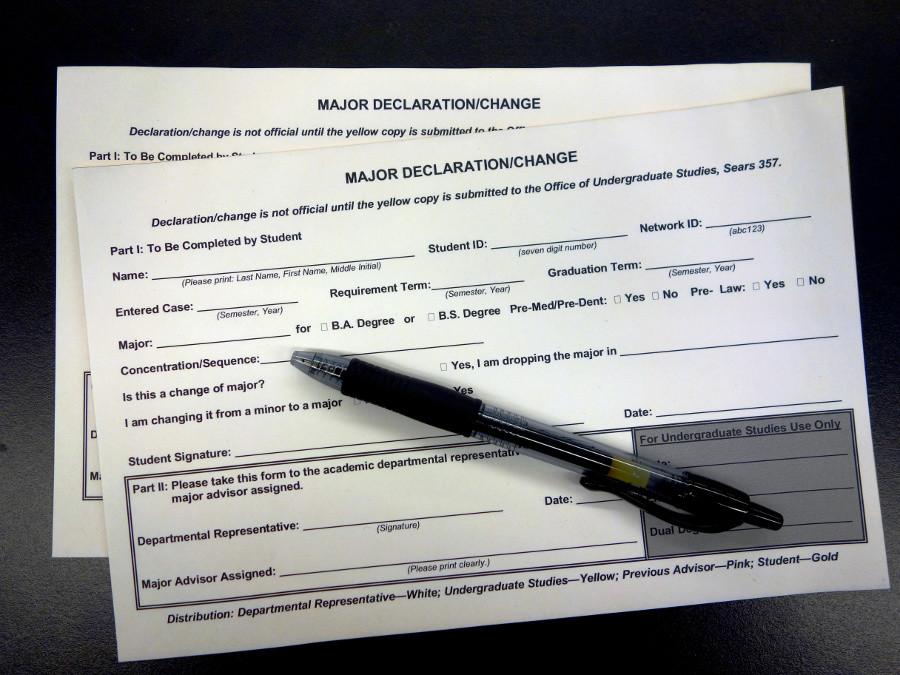 The new secondary major option has been endorsed by the Faculty Senate and is awaiting approval by the Board of Trustees.

The Office of Undergraduate Studies now offers undergraduate students an opportunity to combine a major degree with a secondary major from another degree program. Like majors, secondary majors will be noted on both diplomas and transcripts.

On Monday, Oct. 5, the Office of Undergraduate Studies sent an email to every undergraduate student and faculty member announcing its secondary major program. The program was endorsed by the Faculty Senate on Sept. 28 and is currently pending the final approval from the Case Western Reserve University Board of Trustees. Undergraduate Studies expects to allow students to declare their secondary majors starting Fall 2016, and diplomas will be awarded starting January 2017.

Secondary majors enable students who are pursuing degrees in one degree program to acquire credential recognition, such as diplomas and transcripts, for majors in another degree program. Currently students who intend to major in two different degree programs (such as a Bachelor of Arts and a Bachelor of Science) are obligated to obtain a dual degree, which requires 30 extra credit hours and fulfillment of all course requirements for both degrees. For secondary majors, however, the extra 30 credit hours and the general education requirement are waived.

“We have students who wish to combine different fields of studies and leave disappointedly when they find that they are not able to in the amount of time they spend in college; on the other hand, some students end up working very hard to complete the 30 extra credit hours by taking overloads of courses,” said Jeffrey Wolcowitz, dean of Undergraduate Studies. “Secondary majors aim at taking away the incentive that leads students to take on more courses, while reducing the burden on students who have multiple academic interests.”

“[The option of having a secondary major] is something I think could be relevant to me if it turns out that I can’t make the 150-credit-hour requirement to get the dual degree, since I am drawing close to a point where I really need to schedule everything perfectly if I want to graduate on time [with a dual degree],” said Zach Palumbo, a third-year student double majoring in computer science and physics. “With the secondary major that may not be the case. I may have time to take one or two classes for fun.”

The 30 extra credit hours and general education requirements for dual degrees currently hinder some students from earning credentials for the courses they have taken besides their majors. However a minor degree is not able to fully address the requirements they have already met in their second fields of study.

“I personally think that one major is enough,” said Wolcowitz. “No part of the secondary major program is aimed at encouraging students to do multiple majors. It is really aimed at recognizing what our students’ interests are.”