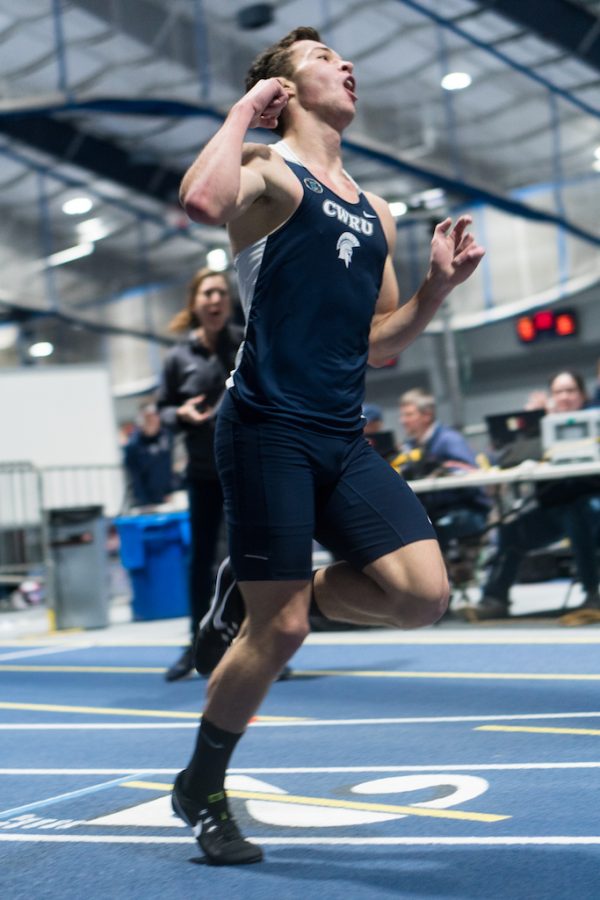 Fourth-year thrower Cassandra Laios finished first in the weight throw with a heave of 17.92 meters. The mark broke her previous school record of 17.62 meters set this past December. Laios also finished in second place in the shot put event with a 13.26 meter-throw. For the eighth time in her career and third time this season, Laios earned University Athletic Association (UAA) Athlete of the Week honors for women’s field events. She currently holds the highest mark in the conference and fourth highest mark in Division III in the weight throw.

Fourth-year distance Danielle Kulpins ended the 3,000 meter run with a time of 10:16.34 to finish second and earn All-Ohio honors. In addition, fourth-year jumper Rachel Willard claimed second place in the triple jump with a leap of 10.67 meters, and third-year sprinter Olivia Newman finished the 60-meter hurdles in 9.56 seconds, good for third place at the event.

The men’s side had success in both individual and team events.

A segment of the track and field team also competed at the Mid-February Meet the previous day. With 48 points, the women finished in sixth place out of 16 teams, and the men placed ninth out of 15 teams with 43 points.

On the men’s side, two second-year distance runners claimed top three finishes. James De La Cruz claimed second in the one mile run with a time of 4:37.72. Meanwhile, Robert Iriye finished third in the 5,000-meter run.

CWRU next heads to Alliance, Ohio for the Mount Union Tune Up on Feb. 17. The team hosts the UAA Indoor Championships at the Veale Center from Feb. 22-24.