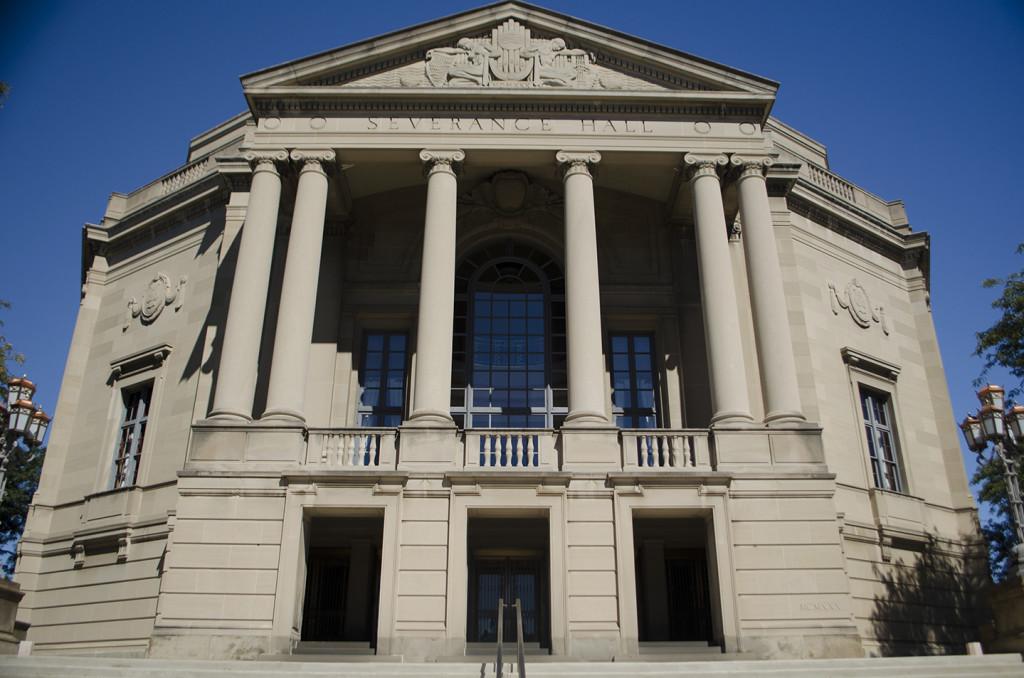 More than ever before, the Cleveland Orchestra has pushed student attendance at their upcoming concert season by implementing huge student discounts and increased advertising.

“We’re trying to have the youngest audience of any orchestra in the country,” said Jim Sector, the Cleveland Orchestra’s assistant director of sales and marketing.

“It’s a huge, hairy, audacious goal to have something like that,” he explained, “but it’s something that we can really strive towards. We’re making really tremendous steps. Students actually made up a pretty good percentage of our audience… so we’re really starting to depend on our students to come.”

At last year’s orchestra concerts during the fall and spring school semesters, a spike in student attendance was apparent from the size of the younger audience, but this year seems to be bringing even more students to the velvet seats of Severance Hall.

To put the Cleveland Orchestra’s increased student interest into perspective, last year just under 400 frequent fancards (aka: the golden ticket for any classical lover) were sold, but this year, already over 1,000 students have purchased the card, and the number is still growing.

That may be in part due to the recent half-off sale that the Cleveland Orchestra announced several weeks ago. Instead of the usual $50 charge applied for the frequent fancard, the passes were, for a two-week window, sold at 25 bucks a pop.

However, the current $50 charge for the fancard is still a potentially good deal in comparison to the $10 student tickets still available through the Student Advantage Program. “You only need to come five times to make it worth it. You come that sixth time, and you’re already saving yourself money,” explained Sector.

Severance has already become more attractive to students, but it continues to seek even more concertgoing in the demographic of young music lovers.

“The key is to get [the students] in the door,” said Sector. “I think that’s kind of the beauty of these programs, is getting them to consider doing something that they haven’t done before, and getting them to take advantage of a really great resource.”

Student musician Sun-Mee Kasper agrees: “I have played cello basically all my life, and classical music is a big part of my life, so it’s pretty awesome to be able to see a fantastic orchestra for cheapsies right in my backyard.”

Tonight’s concert is particularly special, being the first “Fridays@7” performance of the season. This show will feature both a preconcert and a postconcert that surround the main Cleveland Orchestra event at 7 p.m.

The main event this weekend is Beethoven’s “Emperor Concerto,” which Sector claims to be “one of the greatest concertos ever written.”
The preconcert to this event, which begins at 6:15 p.m., will include a shorter version of the full Cleveland Orchestra’s performance. Later, after the last notes of “Emperor Concerto” resound in Severance Hall, the postconcert show will begin, which features acoustic jazz band Trio Globe.

Future concerts include Dvorak’s “Violin Concerto” during Oct. 17-19, and the “Faith and Freedom” music festival that, from Oct. 24-26, will present three different symphonies by both Beethoven and Shostakovich to showcase. The Cleveland Orchestra chose these pieces “to really explore these two big names in music, and kind of how they wrote their music within the politics of their day,” said Sector.

“It’s a lot of piano this year,” added Sector.