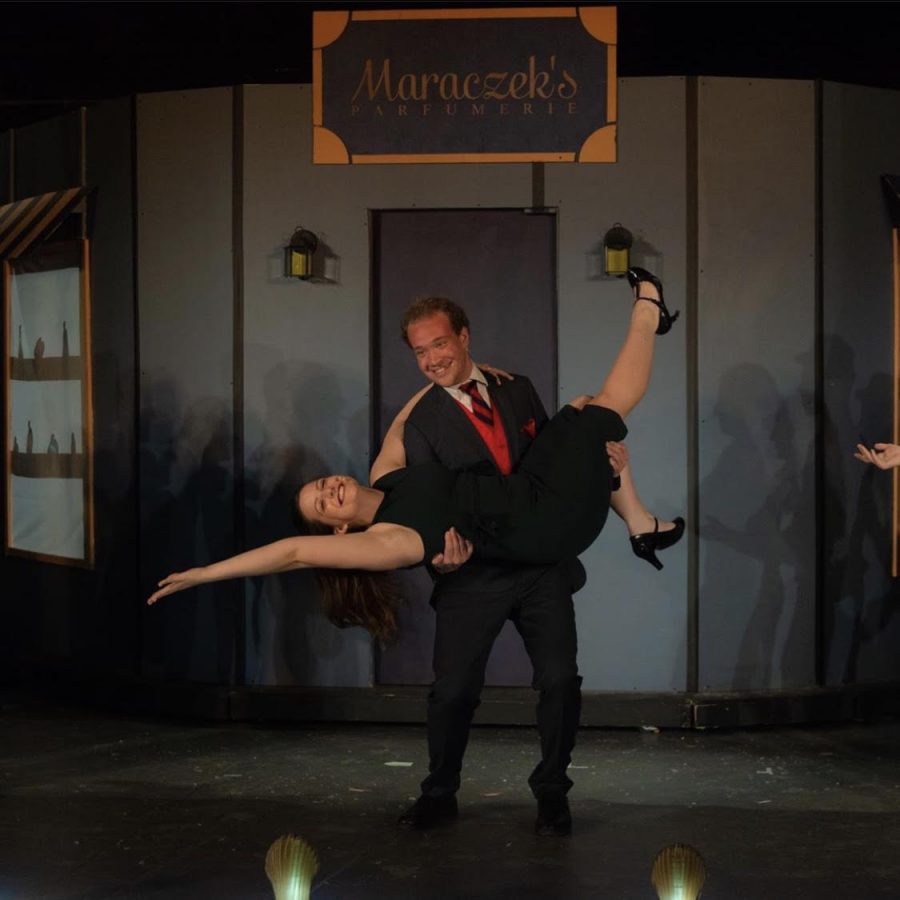 "She Loves Me" offers an endearing story about how people can be different than what you expect them to be.

I consider myself to be a Footlighters regular. I’ve now seen four of the five shows Footlighters has put on in my time here at Case Western Reserve University. I didn’t get to see their production of “The Mystery of Edwin Drood” last semester, so I was eager to see this semester’s show, “She Loves Me,” directed by second-year Katie Hart.

The musical follows Georg Nowack and Amalia Balash, played respectively by first-year Milo Cassarino and second-year Jennifer Newton. Nowack and Balash are employees of a perfume shop who can’t stand each other from the moment Balash first appears.

However, as fate would have it, the two workplace enemies are anonymous pen pals, and they have fallen in love with each other via a series of letters. It was a very sweet and endearing show that was entertaining from start to finish.

Footlighters has a habit of turning out young talent, and this show is no different with Cassarino’s Footlighters debut performance as Nowack. Cassarino presented a full range of emotions: ambition, love, nervousness, anger and more. I found myself rooting for him the entire time, even when his actions made me think, “Just come out and say it, you idiot!”

The on-stage chemistry between Newton and second-year student Marissa Lahr, who played Ilona Ritter, was lovely. I had seen Newton and Lahr perform together in last year’s production of “If/Then,” and they surpassed the high expectations I had for them.

That being said, Newton was at her best when she was alone on stage and she could show off the power of her singing to her fullest ability.

One on-stage duo that I did not see coming was Lahr and fourth-year student Kegan Sulamoyo (Steven Kodaly). Their characters had an ongoing affair that turned sour, and their interactions consistently amazed me. Their dance number towards the end of the first act, where Kodaly seduced Ritter, blew me away.

Speaking of dance numbers, second-year student Shaun Furter’s choreography was delightful to watch, and it shone the brightest when it was least expected. The two best displays of his choreography were the aforementioned number between Lahr and Sulamoyo and the ensemble’s wildly spectacular performance in the café.

The café scene also showcased the skills of second-year Riley Bursh as Head Waiter, who fought a charming, hilarious and desperate battle to maintain a “romantic atmosphere” in his restaurant. Bursh also performed as a Christmas caroler in Act Two, but it’s still a shame the audience didn’t get to see more of him.

An unfortunate oversight in the show was the lack of warning about the suicide attempt that happens towards the end of Act One. Mr. Maraczek, the owner of the perfume shop, played by third-year Dylan Kulbacki, attempts to kill himself offstage after learning about his wife’s affair. Just before the show, the audience was warned via loudspeaker that there would be a gunshot, but not that it would be related to a suicide attempt.

Kulbacki gave an impressive and compelling performance, so it was a shame to see his character used in a way that was seemingly for shock value only. Fortunately, the show moved past this and got back to its endearing comedic tone.

The talented pit, directed by third-year Eli Weiskirch, provided a wonderful addition to the show. Unfortunately, through no fault of their own, they were limited by the space they were in; since the Thwing ballroom had no room for a pit, they played in an adjacent room over speakers. Nonetheless, their music was excellent.

“She Loves Me” challenges the audience to look past first impressions and asks them the question, can you ever really know a person? Throughout the show, Nowack and Balash despise each other in real life, but love the person they see in their letters. Nowack worries that his pen pal, whom he refers to as ‘dear friend,’ won’t be satisfied with the real him. Ritter questions how Balash could fall in love with someone she’s never met, and Balash claims that she does truly know her pen pal. All the while, Ritter falls for the deceitful charm of Kodaly.

People have ways of surprising us, turning out to really be the person we least expected them to be. We can’t get too wrapped up in the image of someone else we’ve crafted in our heads; we have to be open to seeing the reality of who people are.