Short. Sweet. Film Fest. plans a tenth year like no other 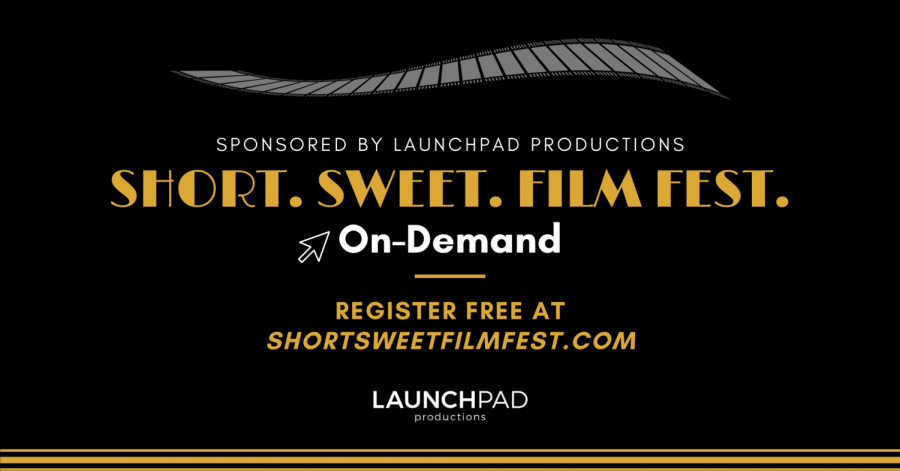 When Case Western Reserve University alumni Michael Suglio first started the Short. Sweet. Film Fest. in 2012, he had no idea what it would become.

“I came up with the idea while I was doing my MBA at the Weatherhead School of Management,” Suglio said. “We started with 30 films. This year we had almost 500 submissions and are showcasing a little over 150.”

The festival initially started in the basement of Market Garden Brewery with a staff of two people, but moved to the Alex Theater at the Metropolitan at The 9 in downtown Cleveland in 2015. The festival now has over thirty people involved and is the largest shorts-only film festival in the Cleveland area.

Providing a platform for short films, the festival only includes movies that are under thirty minutes. This year has several films that go as short as two minutes, with the shortest film in the festival’s history consisting of five seconds in length.

“We are showcasing films from independent and upcoming filmmakers at all levels, not only from here in northeast Ohio, but across the country and the world,” Suglio stated.

The festival also hopes to bolster Cleveland’s image as an up-and-coming city for the arts. Typically around half of the films typically shown are made in Northeast Ohio, with the festival featuring many Cleveland-based filmmakers.

“This area has a very high percentage of independent filmmakers. This area is just a safe and welcoming environment to do that art,” Suglio added.

This year the event will be done like never before. 2020’s film festival, which took place in late February, barely avoided the pandemic; now, the festival now faces a COVID-19 based reality. After a year of shut down movie theaters, films have had to find new platforms for release. The festival is experimenting as well.

“The big thing is that we are doing very limited in-person as well as on-demand, which people can register for right now, and that is completely free thanks to our sponsor Launchpad Productions,” Suglio said. “No matter what part of the world you are in, you can watch these films.”

All the films are featured on the online site, but not all will be available physically, with a smaller selection available for viewing at The 9.

“We are still doing in-person, but with the on-demand portion, it feels like I’m running two film festivals simultaneously,” Suglio explained.

Typical COVID precautions will be followed with a mask mandate, temperature checks and an online health-assessment to ensure safety of all involved.

When discussing how the slate of movies present at the festival might’ve changed during a pandemic year, Suglio explained that “A lot of people had films from last year of course that they made pre-pandemic but some filmmakers were able to make films under safe-set environments, taking drastic measures to make sure everyone is safe.”

Suglio previously described the festival as a collaborative space for filmmakers and the public to meet and made sure to create an avenue to replicate that same experience, even while social interaction is restricted. In order to supplement the lost social aspect of the festival, the staff has also created a Facebook page where all the filmmakers and students have joined for discussion and networking.

“It’s open to the public so anyone can join to meet filmmakers, allowing people to discuss and further learn about these films that are on-demand,” Suglio said. The on-demand festival also features Q&A sessions by category where the filmmakers answer questions about their works.

After all these preparations, Suglio hopes that the Short. Sweet. Film Fest. will be poised to make the digital transition without many hiccups.

“One of the real advantages of this is that now filmmakers can show their films to their friends and family around the world, along with 150 others, without having to travel or pay,” Suglio said.

As the festival goes into its second decade, Suglio has high expectations for the future. “Next year I think we’ll be even bigger,” he said. “I think there’ll be quite the demand for an in-person festival after all of this.”

This year’s festival will run from Feb. 24-28, 2021. You can register to watch all films for free at their website (https://www.shortsweetfilmfest.com) or buy tickets for in-person viewing from $25 to $35.