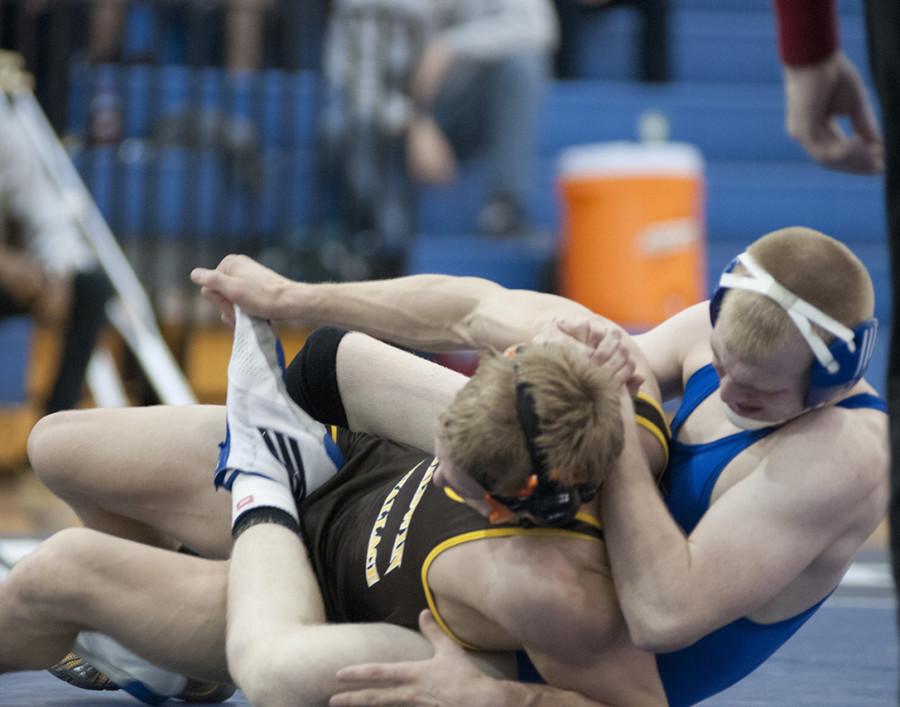 The Spartans will host their only home meet of the season this weekend.

The Spartans finished in the middle of the pack in the first tournament back for the Case Western Reserve University wrestling squad. The Spartans rode the success of four wrestlers to their eighth place finish in the Will Abele Invitational.

The tournament was won by University of Wisconsin-Eau Claire, who finished with 149.0 points. Washington & Jefferson came in second place with 103.5 points and host Ursinus finished with 84.5 in third.

The Spartans were led by fourth-year student Nick Lees who finished fourth in the tournament at his 174 lbs. weight class. Lees started with a pin against his opponent from Valley Forge Military Academy and College and then won the decision (8-5) against Wisconsin-Eau Claire’s Matthew Laugen in the semifinals. Lees posted 6.5 of the Spartans’ points on the day.

CWRU also had a strong fourth place finish from first-year student Gavin Dersh-Fisher who competed in the 197-lb class. He posted back-to-back wins over two Wisconsin-Eau Claire wrestlers both by decisions, the first 2-1 and the second by a whooping 14-0. Dersh-Fisher added 4.5 points to the Spartans’ tally.

The Spartans also posted victories in the 157-lb weight class where the CWRU squad put forward second-year student Connor Gordon and first-year student Anthony Vetturini. Gordon notched his first two victories by decision, beating Wisconsin-Eau Claire’s Tyler Henke 12-4 and then the host’s Zachary Dellicompagni by a 9-6 margin. Vetturini’s three points game in a 17-12 against his Maryland-Baltimore County opponent and then a 10-2 win over Mount Saint Vincent wrestler Vincent Lombardo.

The Spartans will return home next Saturday, Jan. 23, for the Si Ostrach Tri Meet, the team’s only home meet of the season. The CWRU squad will be hosting Washington & Jefferson College and Muskingum University. The action kicks off at 10 a.m. in Horsburgh Gymnasium.