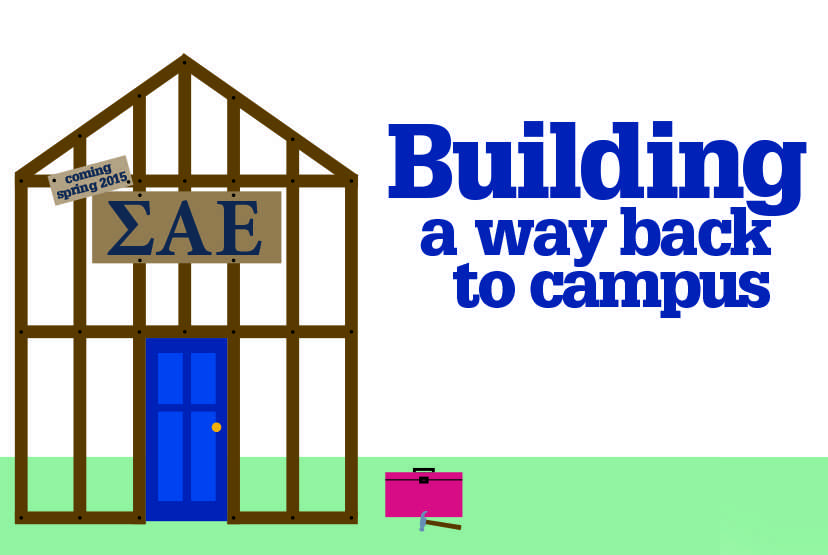 Sigma Alpha Epsilon will return to campus next spring, eight years after the university removed their recognition due to repeated alcohol violations.

SAE was originally chartered at Case Western Reserve University in 1905, with the goal of striving to be “True Gentlemen.” In 2006, details about an off-campus party involving numerous brothers came to light, eventually resulting in a six-year suspension.

“The fraternity wasn’t forthcoming when they were brought before the judicial board,” said Mark Starr, director of Greek Life. “They didn’t own up to the things they did wrong.”

Ultimately, the fraternity’s unwillingness to cooperate with the judicial board resulted in a harsher sentence than normal for these types of violations, with the chapter required to disband for six years. If the chapter was not revoked by the university, the fraternity would have faced a $15,000 fine by their national entity.

“There were people that I can say weren’t living up to what the ‘True Gentleman’ was supposed to embody,” said Jake Showalter, an SAE brother and CWRU alumni from the class of 1998.

The university sent the chapter a letter removing their recognition, and informing them that they could not return to campus for six years. However, the letter made no specifications for what the fraternity should do when their suspension ended.

SAE decided to reapply as a part of the new Greek Life expansion program the university undertook. SAE, along with five other fraternities, submitted a written application to the Interfraternity Congress (IFC) in fall of 2012. However, they weren’t among the three fraternities selected to move on to the next round of the process.

“At that time, someone came and pointed out the ambiguity of the university’s letter and asked if IFC would reconsider,” said Starr. “The consensus was that since they’re not a new colony, they should be treated a little differently.”

Because of this, SAE was allowed to reapply, under the guidance of Starr, former Vice President of Student Affairs Glenn Nichols and Provost and Executive Vice President Bud Baeslack.

“For the second application, the local alumni took a much more active role in writing and editing what they were going to present,” said Showalter.

With the approval of IFC, SAE obtained permission to return to campus in the spring of 2015. The alumni of the chapter and members of Greek Life now work together to ensure that the new chapter installs successfully.

“In the past, there was just one chapter advisor,” said Showalter. “It became very hard for one person to manage and keep a pulse on what was happening in the house.”

For the new chapter, the alumni plan on creating an alumni advisory board, made up of 11 local alumni, who will oversee the chapter’s operations.

“It’s not going to fall on any one person’s hands,” said Showalter. “If we had an advisory board in place in the early 2000’s, as opposed to just the one advisor, I don’t think we would have gotten to where we were in 2006. We would have had a much better feel for what was actually going on in the house, and a better way of handling it.”

Greek Life is also enthusiastic about the role that local alumni will have on the new chapter.

“The alumni are more active and engaged, and they’re more willing to acknowledge that they could have done a better job in preventing what happened before,” said Starr. “I’m not worried that they will fall into the same problems as before. They seem to be pretty far removed from these old habits.”

Lou Stark, who took over as vice president of student affairs when Nichols retired this June, likes the idea of SAE returning to campus, saying he “feels confident” about the direction that the fraternity is headed.

Stark also wants to make sure that, in the future, groups removed from campus receive specific return dates to make the process less confusing. He’s not concerned about the future behavior of the new brothers, he says, since the problem-causing students “are out of the picture.”