Singing their way to the top 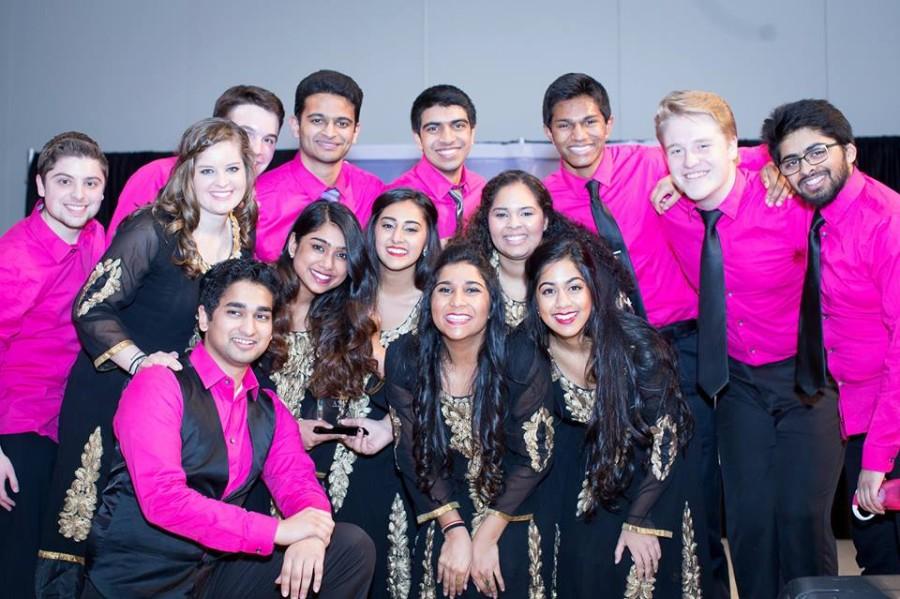 Album releases, music videos and competitions have Case Western Reserve University group Dhamakapella singing their hearts out for the world to hear.

Dhamakapella is a coed South Asian fusion acapella group that mixes contemporary Bollywood songs and popular Western music into new, creative pieces. However, singing in harmony is only a small part of this team’s chemistry; their strong bonds and friendships within the group have helped them grow as a team.

“We are a group of people that love getting together and having fun. We are basically family… and we also sing,” said Samir Shah.

The team recently placed second at the Sangeet Sagar A Cappella Competition at North Carolina State University. New member Bradley Schissel had a good experience at the competition.

“Once we got to North Carolina, we met up with the other competing teams at the mixer event,” said Schissel. “This was one of my favorite parts, because instead of competing against people you don’t know, you get a chance to speak to the other singers. It’s great because we all root for each other even though we are competing.”

At this specific competition, the team got an opportunity to use sound systems by Liquid 5th Productions, a well-renowned company that creates high quality studio album and live sound equipment.

“Liquid 5th Productions produced Pentatonix’s album, so it was really exciting that we got a chance to perform with these systems,” said Shouvik Neogi, the co-music director. “It felt like we were singing at an actual concert.”

In addition to their competition successes, Dhamakapella released their first ever music video last semester for “Radioactive/Dil Se (Imagine Dragons/AR Rahman Cover).” Dhamakapella member Jeff Wexler put in countless hours developing, filming and editing the video. With the assistance of the theater department, the Cleveland community and CWRU students, the music video was a hit and has attracted over 15,000 views.

“Everything was done so professionally. We had such a great time, because we all felt like we were at an actual music video set. I will never forget that experience,” said Schissel.

Dhamakapella will be releasing its second album entitled “Naya Zamana/ Welcome to the New Age” on Feb. 28. It will consist of their top 10 all-time favorite mashups.

The team will be performing songs from its album at the concert on Feb. 28, 2015 at 6:30 p.m. in Ford Auditorium. Tickets will be on sale in Nord the week of the performance. After the show, Dhamakapella and Jolly Scholar will present the album release. The album can be purchased through pre-order sales or digitally through Loudr or iTunes.

“We want to make a huge entrance with this album. We chose this title for our album because we are welcoming the audience to a new Dhamakapella,” said Molly Bhanja, Dhamakapella business manager. “We’ve grown so much as a group in the past 10 years. We are very proud, and we can’t wait for everyone to hear it.”