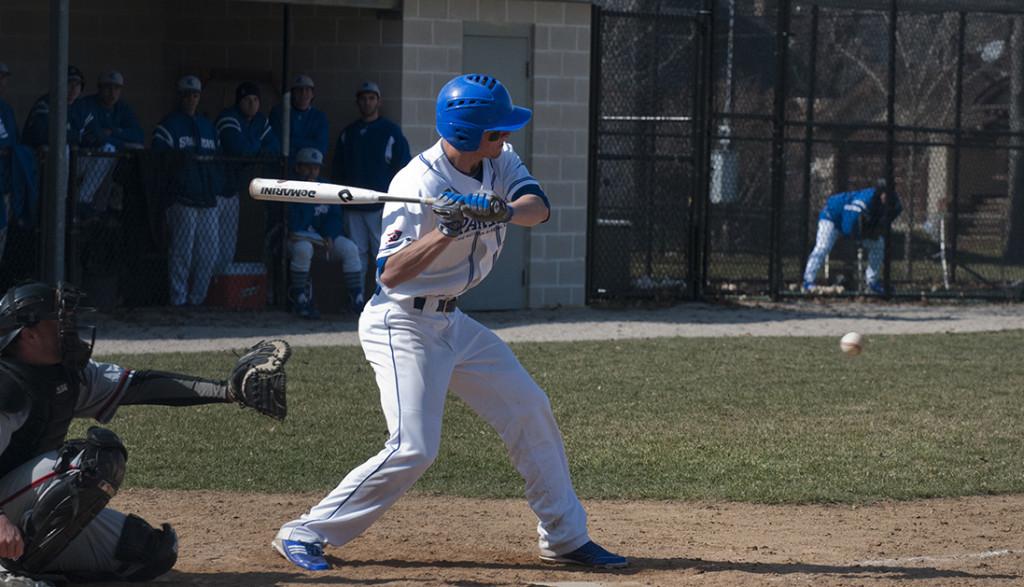 The Spartans will look to continue their dominance in the UAA in slugging. The team batted .300 as a team and led the UAA in home runs with 21, eight more than second place Brandeis.

Over the past two seasons, the Case Western Reserve University baseball team has consistently outperformed and established the Spartans as a top-notch Division III program. Heading into 2013, the veteran-laden team is aiming for a University Athletic Association Championship and a return trip to the NCAA Tournament.

The Spartans finished the 2012 campaign with a 27-16-1 overall record – the second-highest win total in school history. A season earlier, Case won a school-record 33 games and placed third at the NCAA Midwest Regional. With many key pieces returning to the team, including 20 letter winners and 10 starters, seventh-year head coach Matt Englander is excited about the upcoming season.

“We feel pretty good about the group that we have,” said head coach Englander. “It’s a talented group on the field, but it’s a group that is willing to both lead and also be good teammates. That is crucial to having success over the course of a long season. These guys know what it takes to win important games against good teams, and they have been a part of those games, they haven’t just watched. So, the meaningful experience is there.”

The Spartan’s starting five will be led by two top-notch left-handers in Jamie Hora and Jarrett Gish. A two-year captain, Hora appeared in 12 games with 11 starts as the team ace. The senior “southpaw” posted a perfect 8-0 record along with a 4.16 earned run average, 51 strikeouts, and one complete game over 62.2 innings of work. His eight victories tied for the most in a season in Case history. Over the past three seasons, Hora has accumulated an impressive track record of 18-5 with a 4.47 ERA, 10 complete games and 120 strikeouts in 177.1 innings pitched. The lefty enters his last season three wins shy of tying a Case record of 21 career wins. Hora is also a second-team member of the 2012 All-UAA squad.

Complimenting Hora at the top of the rotation will be fellow senior Jarret Gish. Gish returned from shoulder surgery that forced him to miss the entire 2011 season to turn in a breakout performance in 2012. The lefty pitched 12 games and logged a 6-2 record with 3.78 ERA, 59 strikeouts, and two complete games through 69 innings of work. Gish led the team in innings pitched and strikeouts while pacing the starting rotation in ERA.

Accompanying Hora and Gish is sophomore righty Kevin Johnstone, who will replace the injured, fellow sophomore Edward Abramson. During his rookie season, Johnstone played in 11 games with only one start. The righty struck out 18 in 27 innings of work and posted a 1-3 record. A major performance came against the nationally-ranked DePauw University where he pitched 8.2 innings without surrendering an earned run.

Four starters return in the infield for the Spartans led by three-time All-UAA first baseman Bret Ossola. The senior tied for the team lead in batting average (.329) including two homeruns, 26 runs batted in, eight doubles, 14 walks and four stolen bases. Ossola has been as consistent as they come; the first baseman started in all 92 games during the past two seasons and is a career .333 batter with six homers, 110 RBIs and 32 doubles in his 162 games for the Spartans.

The Spartans are also returning a dynamic double-play duo in senior shortstop Matt Keen and junior second baseman Andrew Frey. Keen is another three-time All-UAA selection and in 2012, he batted .292 with the team bests of 38 runs scored and nine stolen bases. The shortstop also had a pair of homers with three triples, nine doubles, and 24 RBIs. Throughout his Spartan career, Keen has started in all 134 games with a career .357 average, 38 doubles, nine triples, 10 homeruns, 102 RBIs, and 33 steals. Currently Keen is ranked second in school history in both triples and runs as well as third in hits. Entering 2013, he needs six runs and one triple to tie those records.

Andrew Frey will be taking over second base from graduated Bobby Marko. In 38 games played – splitting time between second and third last season, Frey batted .319 with six doubles, 13 RBIs, 18 walks, and 15 runs scored. Rounding out the returning starters is third baseman Andrew Gronski. As a freshman last year, he played in 40 games while batting .311 with three homeruns, five doubles, two triples, 17 RBIs and 29 runs scored. Gronski’s 23 walks were also the most on the team.

Sophomore Robert Winemiller will see time at backstop. Last season, he saw action in a combined 17 games at catcher and reliever.

The Spartans will be bringing back two starters to its outfield. All-UAA centerfielder Paul Pakan, in his first season since transferring to Case, started all 44 games and batted .325 with a UAA-best seven homers. He also led the team with 55 hits and ranked second with 29 RBIs to go with 10 doubles, 34 runs, 14 walks and six stolen bases in six attempts.

Head coach Englander said, “He knows the game so well, it keeps him from going into long slumps. Our team approach on offense is different than what he experienced on previous teams, and he’s figured out what his role need to be here. He’s done really well in centerfield too, and that’s a new position for him. He’s such a great athlete, but he didn’t just rely on his athleticism, he focused on making that position his own.”

Head coach Englander spoke of the new crops, “we’ve got 30 guys that we really like and really feel can help us win games, and that certainly includes the newcomers. We won’t shy away from utilizing our depth throughout the season.”

The Spartans will begin their season with five games over three days, including double-header on two straight days. The first match is this Friday, Feb. 22, against cross-town rival John Carroll Blue Streaks. Over the weekend, the Spartans will travel to North Carolina to visit Guilford College for four straight games, including a double header on Saturday and Sunday, Feb. 23-24.

“Our goals are pretty simple – win the UAA, win regionals, and then go to the World Series,” said coach Englander. “They are realistic goals, and we know that they won’t come easy because of the tough teams we have on the schedule. But, we’re not going to be afraid of any of them; we’re going to play the best we can to get where we want to be.”