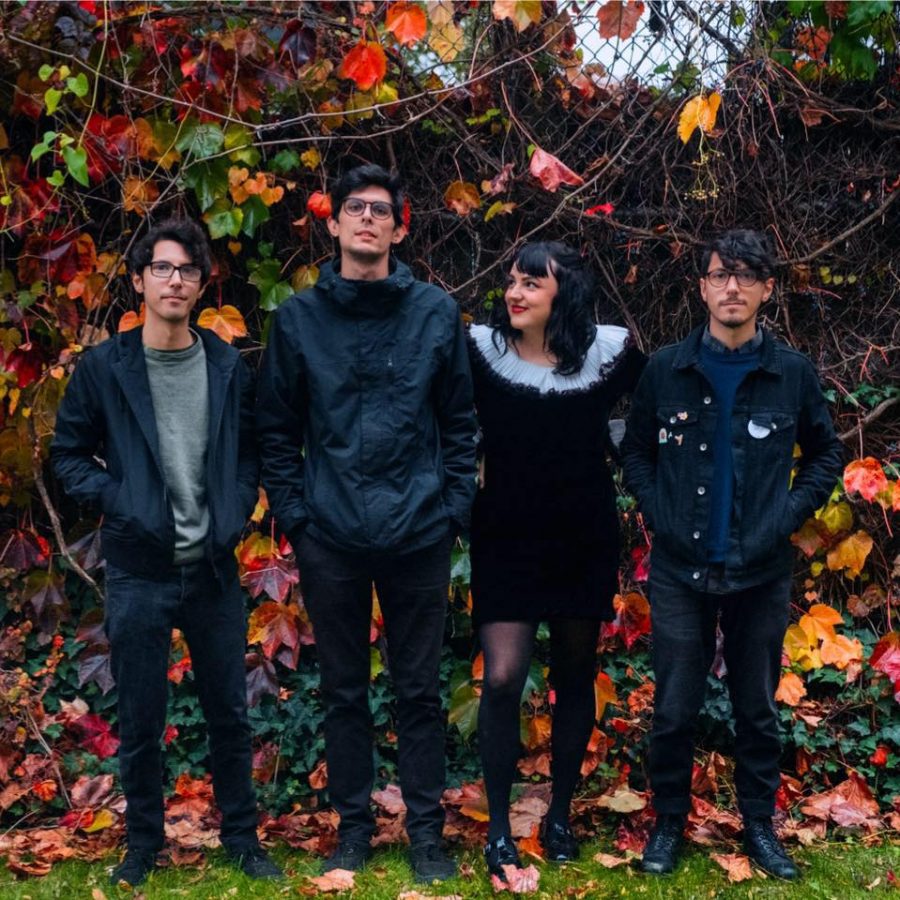 Small Wood House is a local band that looks to release their debut album soon.

Yes, it is wrong to judge a book by its cover, or a band by their name (did you catch that oh-so-subtle transition?), but that doesn’t mean we don’t do it nonetheless. It is, after all, the audience’s first interaction with the band, so it better be snazzy while encapsulating an accurate representation of the band. So at first glance, what does the name “Small Wood House” do for you?

“We were just kind of brainstorming and threw together a few words, and in my mind, I had a vision of this creepy cabin,” keyboard and vocalist Emma Shepard said. “Later down the line, I realized it actually sounds really cute and not intimidating.”

The band’s form follows the name’s function for creating a mood.

Riding the psychedelic wave, Small Wood House intertwines the spirit of the 60s with their usual spooky, bedroom pop sound on their latest single, “T.V.” Released March 1, the single portends the unveiling of an album long in the works as the band returns from an unofficial six month hiatus while closing in on finalization. Putting an emphasis on creating new material, they return to a life of gigs while trekking through the homestretch after a period of burnout from the playing experience.

“We weren’t working on new material because all of our time went to practicing to play live shows,” Shepard said in reflection of the past few years spent doing live shows nearly every week. Performing after so long can seem foreign, but the band cites a round of Mario Kart as a personal beta blocker for combatting pre-performance jitters. They keep in mind, though, that the end game is to promote their new music and recruit “anyone who likes to rock” into their fanbase.

“We’ve been using our time to write new material rather than rehearsing old material, so now we have a lot of new stuff to play.”

The band, however, is keeping their focus on final tunings to the album before getting too swept up in the prospect of embarking on a small tour to promote these new tracks. The rest, they hope, will fall into place.

“We’ve come a long ways, but our sound is still really low fi, and a lot of that is intentional,” Shepard said. “We like the warmth and imperfection about it. Dream pop is something people call us a lot which is nice. It’s kind of spacey and textural.”