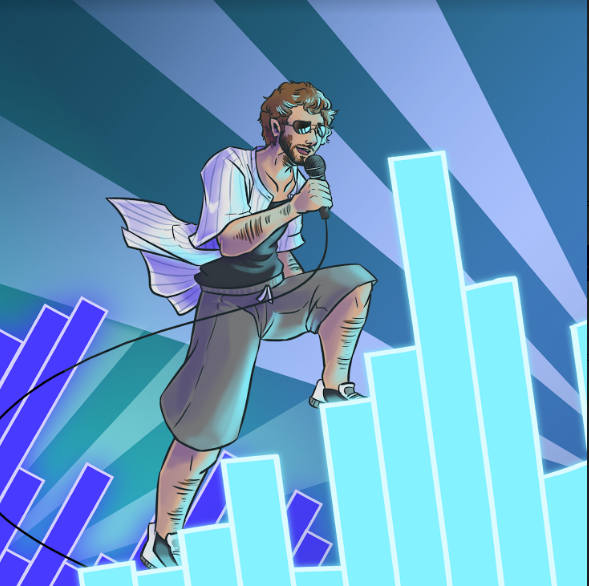 Hip-hop has experienced a bit of a rut lately. There have not been many notable albums released this year, and the genre is being polluted in a number of different ways. It seems like anyone can become a rapper nowadays.

I was excited when I heard that hip-hop would be coming to campus for the fall concert. However I was disappointed when I learned one of the rappers we chose to bring was Lil Dicky.

Why? Well, let’s take a look at his “resume” described in the song “Professional Rapper.” He and Snoop Dogg go through the song, exchanging lines like it is indeed a job interview.

Lil Dicky—or David Andrew Burd—grabs a seat, discusses his aspirations to become a rapper, for valid reasons as well. He wants to express himself, and promote himself in a healthy way. Nothing wrong with that.

However my opinion of Lil Dicky sank when he discussed his past. He grew up in a rich neighborhood, Cheltenham Township, with all the privileges and resources in the world. In and of itself, that’s not a problem. But his take on his upbringing proved problematic.

I wouldn’t say it like that, we just had a different kind of trap

Well I ain’t never had a tool, but I had to be the man at school

Like I was doing shit I had to do so when I finished undergrad, I’m cool and I can get whatever job I wanted.”

In six or so lines, Burd equated his struggle with succeeding in education to the struggle of those who cannot get a quality education. He equated the comfortability of the suburbs to a toxic environment that many have no choice but live in. His “trap” did not present the threat of danger, but instead it saw him go on to receive a college education, a white collar job and a way to fund his “rap” career.

Throughout the rest of the song, he lays out his master plan: bringing hip-hop to the anti-rap crowd.

Well, who are they?

People who proclaim that rap is too vulgar for their taste won’t find cleanliness in Lil Dicky’s songs. He is neither pushing boundaries with his instrumentation nor is he doing anything vocally outstanding.

Could he be talking about making hip-hop more relatable for the average suburban listener?

Because that is not a sentiment I can agree with.

Lil Dicky started the song with how much he loved the genre, but it becomes increasingly clear to see that he views hip-hop as business rather than an art form. He approaches hip-hop as if it is simply another job he is applying for in a white-collar wonderland, where he’s spent his entire life.

Hip-hop was developed in urban areas and should continue to reflect that. It is not something that should simply be snatched because people have a hard time relating.

If there is a group of people who don’t like hip-hop for whatever reason, it is not the responsibility of hip-hop or rappers to slight their current audience in favor of people who don’t care for the genre. Hip-hop doesn’t need to be gift-wrapped and delivered at the door of anyone. It is what it is.

So, maybe hip-hop is missing those “markets” because that’s what it’s supposed to do.

Simply put, hip-hop is always changing. Sometimes for better, sometimes for worse. But that change comes naturally and not at the whim of anyone. Hip-hop should not be gentrified for those who cannot relate to it, but rather it should be enjoyed in its rawest form by true fans.

KJ is a third-year student who wants to make a difference in the city of Cleveland.