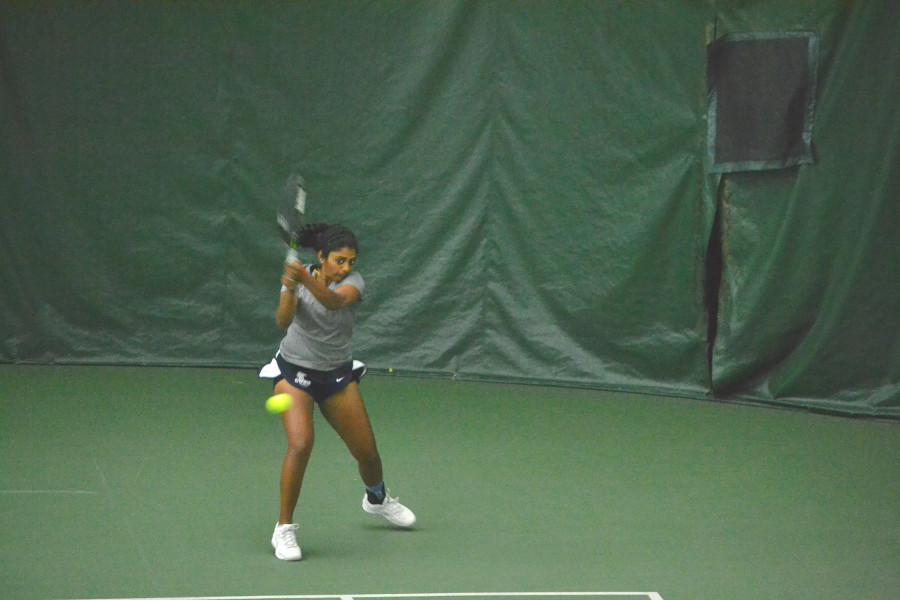 The Case Western Reserve University women’s tennis team had one of its most successful weeks of the season as they went 3-0 this past week. The team defeated two nationally ranked opponents and crushed their third opponent. On a weekend in which the seniors were recognized for their four years of hard work and dedication to the program, the entire team came out and played as well as they have the entire season.

Head Coach Kirsten Gambrell was pleased with the performances and the weekend as a whole.

“The whole weekend was dedicated to celebrate the seniors,” said Gambrell. “It was a little emotional but it was a great weekend.”
The team’s first match of the weekend was against number 38th-ranked Oberlin. CWRU was firing on all cylinders and pounded Oberlin 9-0. This was the team’s second 9-0 win of the season. The Spartans dominated all facets of play as only two of the matches went into a third set.

The Spartans were back in action on Sunday for a Senior Day doubleheader. The first match was against University Athletic Association (UAA) rival New York University (NYU) who was ranked 30th nationally. The Spartans got out to a quick start by winning all three doubles matches. In the process fourth-year student Surya Khadilkar became the program leader in doubles victories as she picked up her 62nd of her career. Khadilkar is also the all-time winningest player in program history. CWRU won four of the six singles matches to cruise to victory, handing NYU their first loss of the season.

Gambrell was very happy with the way the doubles pairs played all weekend after focusing on doubles the week leading up to the match.

“We played really well in the doubles which gave us momentum going into singles,” said Gambrell.

In the second half of the double header CWRU shut out an overmatched College of Wooster team 9-0. CWRU was able to coast to victory in front of lots of friends and family supporting the seniors. CWRU improved to 11-3 on the season with the win.

The team has a more challenging week ahead when they travel to Chicago, Illinois for matches against UAA rivals, ninth-ranked Washington University in St. Louis and the 15th-ranked University of Chicago.

Coach Gambrell knows the team faces their toughest challenge of the season so far this coming weekend when they play two top 15 teams. She feels if the doubles can play the way they did this weekend they will be able to compete in both matches.

“It’s going to take all nine courts playing well and hard to win,” said Gambrell. “It’s going to be tough but we are ready for it.”