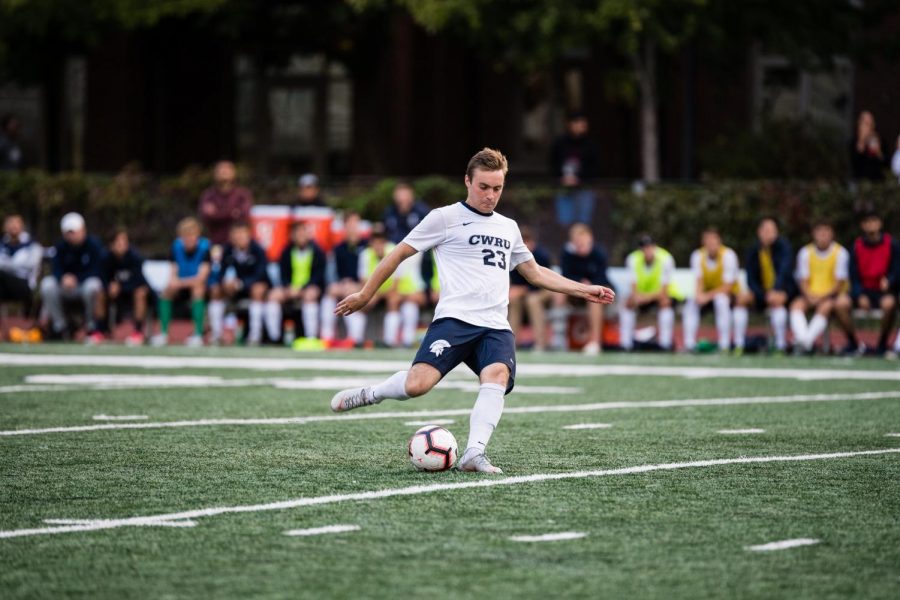 In the women’s game, the Spartans’ crucial chance to score came off of a free kick at the end of regulation. Second-year Anika Washburn took a shot that was deflected by the goalie, and then first-year Johanna Dunkers attempted to knock the rebound in, but was blocked by an opposing defender. Fourth-year goalkeeper Lauren Unterborn was the defensive anchor for the entire game, saving a shot in the first minute of the game, then blocking two consecutive shots from corner kicks at the end of the first half. Unterborn had five saves for the game.

Unfortunately, a defensive penalty in the box was called, and NYU scored off the free kick to end the game. The Spartans were even with the Violets on offense, taking 11 shots to the Violet’s 13. Fourth-year Kimberly Chen led the team with three shots.

The men’s team had a rocky start against NYU, as the Violets managed to score a long 35-yard shot, going over first-year keeper Jackson Kallen’s head. Third-year Connor Weber and fourth-year Garrett Winter both took open shots at goal, but, unfortunately, their shots were saved by the opposing goalie. At the end of the first half, NYU managed to sneak a flat left drive to score a free kick.

Unfazed by the 2-0 deficit, the Spartans came out strong in the second half, setting up many corners by Weber for a chance to score, but many headers and shots were saved by the opposing keeper. From a saved header by third-year Nathan Ekberg, the Violets broke away and advanced the ball rapidly downfield for the last goal of the game, catching the Spartan defense off guard. Despite the loss, the Spartans still led in shots attempted, 16-9, and corner kicks, 8-2.

Both teams look to bounce back. The women’s team will travel to Pittsburgh to play at Chatham University this Tuesday, and the men’s team will play Brandeis University in Oberlin, Ohio for their second UAA conference game.