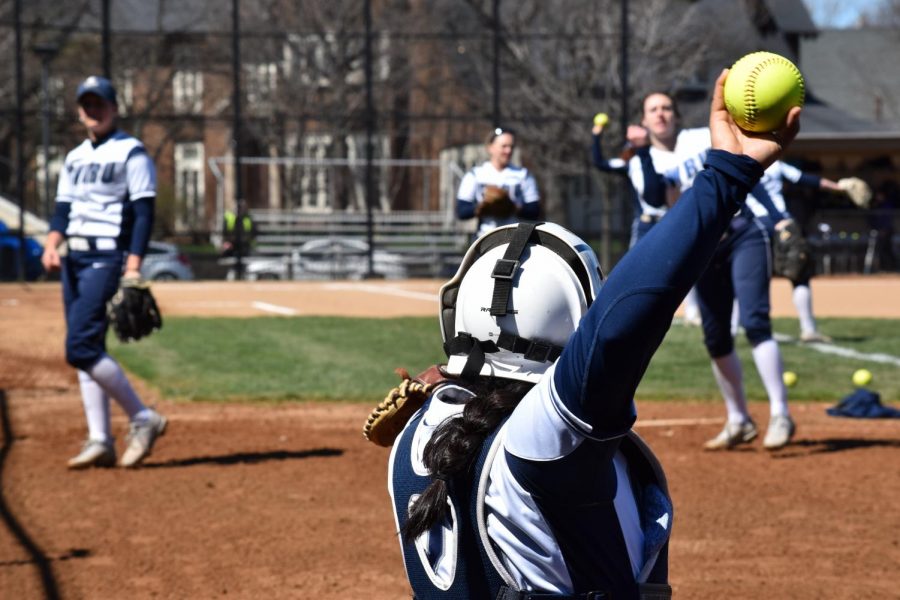 The softball team is currently ranked No. 22 in nation, marking the first time in school history the team has appearing in the Division III top 25 rankings. The team is on a roll, with a 7-1 record from blowout wins.

With a roster of 12 first-year players and a new transfer, fourth-year first baseman and pitcher Katie Dzierwa didn’t know how the start of the new campaign would fare for the softball team.

But after 11 wins in their first 12 games, the Case Western Reserve University softball team started the season scorching start.

Third-year shortstop Nicole Doyle stole the show in the 5-3 win over the host Emory & Henry College. After falling behind 3-1 early in the game, CWRU tied the score in the fifth inning. In the top of the sixth, with the score still even, Doyle walked up to the plate with two outs. She worked her way to a full count, but on the next pitch, she smashed the ball over the fence to hit the eventual game-winning two-run home run.

After the first four games, featuring three blowouts, the Spartans flew to Tucson, Arizona for a four-day invitational over spring break. Even in the desert, the softball team could not be stopped.

The first game of the week saw the Spartans top the University of Wisconsin-La Crosse (UWLC) in extra innings. After jumping out to a 4-0 lead in the first two innings, UWLC scored two runs in each of the sixth and seventh innings to force extras. UWLC scored first in the top of the eighth, but the Spartans tied the score in the bottom of the eighth. Later that inning, first-year outfielder Sarah Miller stepped to the plate with runners on first and second. She delivered in the clutch, hitting a walk-off single to score second-year pitcher Nicole Carty from second.

In the second game of that day, CWRU defeated Rochester Institute of Technology 7-0 in a dominant pitching performance by first-year pitcher Sidney Brannam. Brannam threw six innings and only allowed two hits and one walk.

However, the Spartans suffered their first loss of the season in an emotional 10-9 game that lasted nine innings. Hood College scored a run in the sixth inning to tie the game at six. Neither team scored again until the top of the ninth when Hood scored four runs. CWRU mounted a significant comeback effort but fell one run short.

“We never gave up,” said Head Coach Josie Henry. “It will be something we can learn from in future games.”

“We were fighting until the very end,” said Dzierwa. “It’s hard to describe with words, but if you were at the game, you would have felt our energy, with every team member giving it all they had and leaving it all on the field.”

CWRU bounced back in the next game, winning 6-2 over Stevens Institute of Technology.

The Spartans proceeded to trounce teams over the last two days, winning four games by a combined 21 runs.

“Overall I was especially proud of how positive the atmosphere was as a team,” Dzierwa said. “Not only was the team doing well on the field, but behind the scenes we were picking each other up, cheering each other on and being present on every play.”

“I think we have started the regular season out strong, and more importantly, are learning so much about each other and ourselves with every second we can spend together,” said Dzierwa. “I expect that we will continue to thrive and learn. I look forward to playing the [University Athletic Association] games, and seeing the team perform on a whole new level.”