Softball splits with Otterbein, moves to 13-8 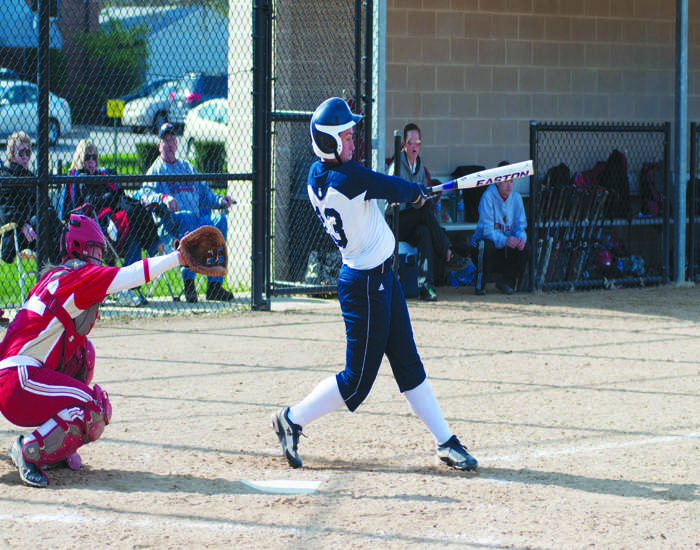 Just hours after earning her third UAA Athlete of the Week honor in her four-week collegiate career, Rebecca Taylor and the Spartans took on the Otterbein College Cardinals at Mather Field last weekend. Despite entering the game on a six-game winning streak, Taylor and the Spartans were unable to hold off Otterbein in the first game and lost 10-6. In the next game, with rookie Christina Hunger on the mound, Case bounced back to clinch an 8-3 victory.

“We’ve been on a nice run coming out of the UAA Tournament,” said second-year head coach Josie Henry. “Otterbein’s a good team and we had the focus to come back after a tough first game to get one back.”

The split for the Spartans moves them to 13-8 overall while the Cardinals have an 11-4 record. The Spartans’ record at the end of March shows their immense improvement over the past two years. In 2011, Henry’s first season, the Spartans finished their first month of play at 6-18, going 0-8 in the UAA. Two years ago they were 7-17 in March, again going winless in the UAA.

“In the past it’s been about ‘Can we win these games?’” said Henry. “And I think they really believe now that we can compete with the top teams in any conference.”

In the first game the Spartans gave up three early runs, one in the top of the first on a sacrifice fly and a pair of solo home runs in the third. They gave up another four runs in the fifth before getting on the board. In the bottom of the fifth, Case’s offense got a kick-start thanks to a home run by designated hitter Ianna Wasser; it was her first of the season. Wasser knocked another run home in the following inning before senior third baseman Kaleen Boden grabbed another RBI with a sacrifice fly.

Otterbein continued to press the Spartans after Case drew within four at 7-3. The Cardinals put the game out of reach in the final inning, tallying another three runs to push the score to 10-3 before the bottom of the seventh. With three outs left in the first game, the Spartans managed to get a few runs back but ultimately fell short. Senior first baseman Lauren Wolz knocked in an RBI on her first pitch with a single. Freshman Gena Roberts put up another run for the Spartans with a single. With the bases loaded, Boden nabbed an infield single to cut the lead to four but it wouldn’t be enough as the Cardinals fell 10-6.

In the nightcap, the Spartans put Hunger on the mound and got off to a roaring start, grabbing three runs in the opening inning. Wolz knocked in Roberts with an RBI double before Hunger followed up with her own two-run RBI double, knocking in Wolz and sophomore Mackenzie Lein.

The Cardinals were able to get a run back off Hunger in the second, but the freshman remained strong on the mound until the top of the sixth when she gave up back-to-back home runs. The Spartans had grabbed three insurance runs in the fifth to keep a 6-2 lead after Hunger left the game to be replaced by fellow freshman Hillary Bunnelle. Bunnelle closed out the final two innings, allowing two hits and grabbing a strikeout to earn a save in her collegiate debut. Backed by another pair of runs in the sixth thanks to an error and a RBI single by Roberts, her sixth hit of the day, the Spartans got one back against the Cardinals in the doubleheader, 8-3.

The Spartans will be back this weekend to take on Trine University on Saturday, March 31 at 2 p.m. in a doubleheader. The Thunder are ranked No. 17 in the latest top 25 poll released by the National Fastpitch Coaches Association.