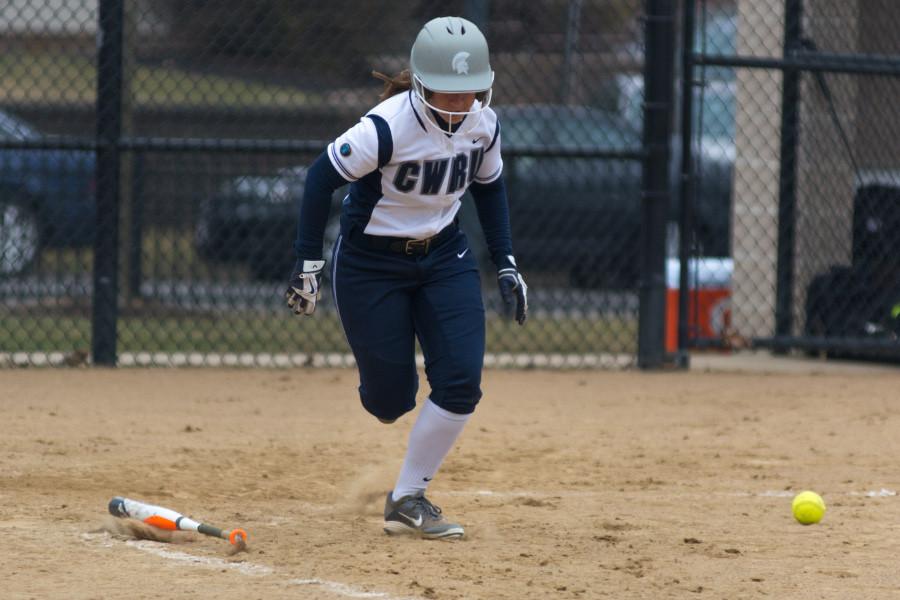 The CWRU softball team dropped eight of their UAA tournament matchups this week, a disappointing string for the high hoped Spartans.

The Case Western Reserve University softball team went 1-2 this past weekend of the University Athletic Association (UAA) Championships, beating University of Rochester but dropping games against Brandeis University and Washington University in St. Louis. The weekend dropped the Spartans to 7-13 overall on the season.

The Spartans blanked Rochester 4-0 in the first matchup of the weekend. The team was able to score the runs on only five total hits by taking advantage of Yellowjacket mistakes. A scoreless tie remained until the Spartans were able to get on the board with three runs in the fourth inning by loading the bases and then taking chances on passed balls by the Yellowjackets. The Spartans built a 3-0 lead in the fourth.

The score remained until the sixth inning, where the Spartans engineered a run thanks to a single by third-year student Annie Wennerberg to score first-year student Nicole Doyle from third.

Wennerberg earned the win after pitching five scoreless innings as she improved to 4-5 this season. This was the first shutout of the 2016 campaign for the Spartans.

In the second game against Brandeis, the Spartans were unable to come on top after allowing a six-run second inning. The inning included both a grand-slam and a two-run homerun by Brandeis. The Spartans hit the ground running, building a 1-0 lead after the top of the first.

An RBI double in the fifth by Tritchler scored Doyle and cut the Spartan lead to 8-4, but unfortunately the team would not be able to get any closer.

Tritchler finished the game going three-for-four with a homerun and three runs batted despite the losing effort. Wennerberg took the loss and is now 4-6 on the season.

In Sunday’s game against WashU, the Spartans were unable to generate enough offense for the win, losing 4-1. The Bears struck first in the top of the first, leading 1-0. Once the lead went to 2-0 in the top of the fourth, the Spartans responded in the bottom of the frame and scored a run thanks to a double by Wennerberg who eventually scored off of a single from first-year student Alex Favazza. The Bears responded with two runs in the top of the seventh opening a 4-1 lead. Wennerberg finished the game two-for-four and overall had a .313 batting average for the UAA Champions tournament, a team-best.

The Spartans have been struggling in recent games, posting a 2-8 record in their last 10 games and are currently fifth in the UAA. The Spartans play Thiel College March 19 at home.