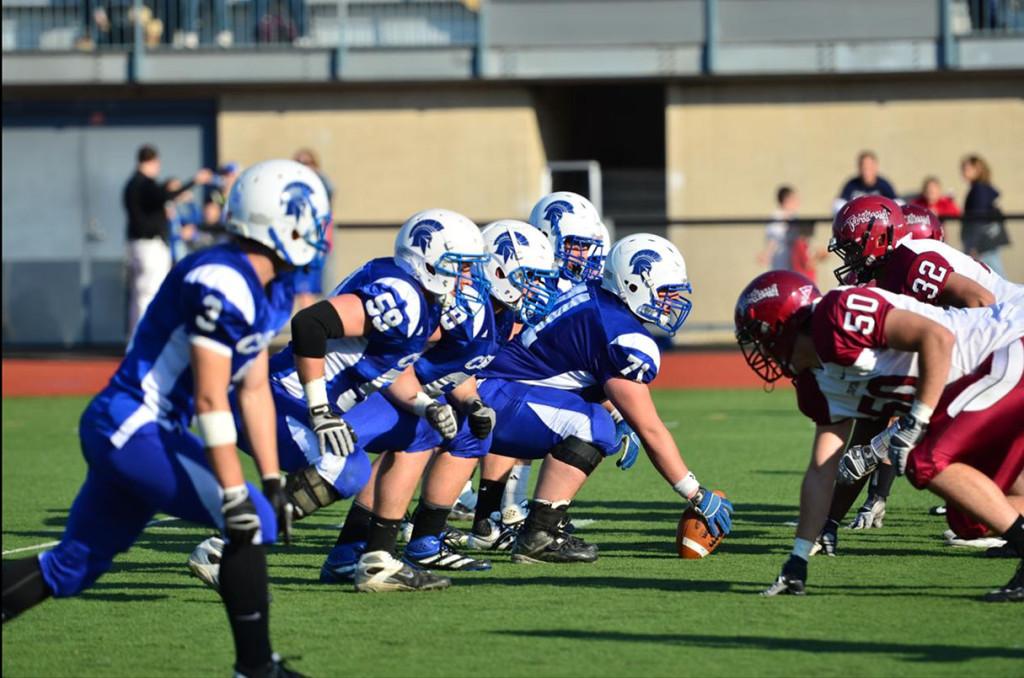 With a unique season ahead of them, the CWRU Spartans football team will feature a young defense and a strong offense.

As the summer lumbers to an end, the CWRU Spartans football team is gearing up for the upcoming season. Last fall, the Spartans went 6-4 with a 2-1 record within the UAA. But with the 2013 season fast approaching, the Spartans are focusing on the future. “It’s always good to have everybody come back and the summer is a long time to be away from the team,” said Head Coach Greg Debeljak. “I’m looking forward to everybody getting back on campus.” With a scrimmage against Baldwin Wallace at home on August 31, the Spartans will be debuting a team that features returning favorites on offense, as well as a fresh crop of new faces on the defensive side.

With the return of All-UAA senior running back Kenny Riordan from last year’s season ending ankle injury, the Spartans will be strong on the ground. Though he only played two games, he managed to rack up 209 rushing yard over 30 carries in the tailback position, averaging 7 yards per carry. “He’s quite the big, strong, fast kid and he’ll improve our running game quite a bit” says Debeljak. Complementing Riordan will be junior Manny Sicre, an offensive powerhouse in his own right, who, despite his own injuries, turned 6 starts into 725 yards on 191 carries, as well as 26 catches for 325 yards.

In the pocket, the Spartan offense will feature the return of a dueling pair of quarterbacks: senior Erik Olson and junior Billy Beecher. “I’ve let them compete, but Erik Olson and Billy Beecher have both proven they can really do some good things on the field, “ said Debeljak. “They’re very different, so we are prepared to play two different kinds of quarterbacks.” Olson, the team’s pocket-based passer, started in 7 games during the 2012 season. Beyond his starts, he played in all 10 games and racked up 137 of 243 passesfor a total of 1,726 yards and 14 touchdowns. Earning All-UAA honors in 2011, he is 291 for 500 with 3,927 yards and 25 touchdowns on his career. Billy Beecher comprises the Spartan’s non-traditional quarterback presence, rushing 52 times for 247 in his 6 games played last season.

With three starts to his name, the junior wildcat has accumulated 4 touchdowns from the rush, along with 2 touchdowns and 150 yards in the air. On the receiving end, the Spartans are coming of age, with younger players moving into veteran positions. “We were primarily freshmen and sophomore last year at receiver, so I’m looking forward to those young guys playing,” said Debeljak. Juniors like Sean Lapcevic, who has started every game for the past two seasons, are expected to compete with sophomores like Bryan Erb, who caught 22 passes for 234 yards, along with a 5-straight game score streak. Opposite the experience of the Spartan offense stands a fresh defense. With the exodus of 9 starters, look for the team to rally around senior co-captain Brandon Bryant at defensive end and senior Jordan Banky at safety. The two racked up 27 and 48 tackles, respectively, with Bryant accumulating 3.5 sacks. In the backfield, Banky managed 1 interception and 4 pass break-ups to compliment his 3 tackles for a loss.

Perhaps the Spartan’s biggest question mark lies in the linebacker position. Following the strength of last year’s backer squad, no starters are returning. Though two seniors, Scott Campbell and David Cannon, have both lettered on both defense and special teams, there will doubtless be competition from a bevy of sophomores. “They looked good in practice and they looked good in JV games and now we’ve got to see how they transition when they play varsity teams,” said Debeljak. To bolster the untested Spartan defense, Head Coach Debeljak hired Warren Miller, formerly of Walsh University, late last semester. Miller will serve as a Special Teams Coordinator/Linebackers Coach.

“He’s a guy that, when we went through the process of filling the position, really stood out because he has experience with a defense that we’re going to” said Debeljak. “We’re going to make some changes defensively and his experience in that particular defense is what we were looking for.”

This season, the Spartans have a fairly unique schedule due to the expiration of the UAA-North Coast Athletic Conference scheduling agreement at last season’s end. CWRU’s membership in the President’s Athletic Conference doesn’t begin until the 2014 season. As such, the Spartans will be playing several non-traditional opponents, including Puget Sound, Trinity, and Linfield, all first-time opponents.

The season opener is scheduled against Marietta College on Sept. 7 at home. Despite their odd schedule, the Spartans still have their eyes on competitive play and constant improvement. Says Debeljak, “Our goal is always the same. We want to win our conference. Win the UAA. We really don’t set much else besides improving every week.”