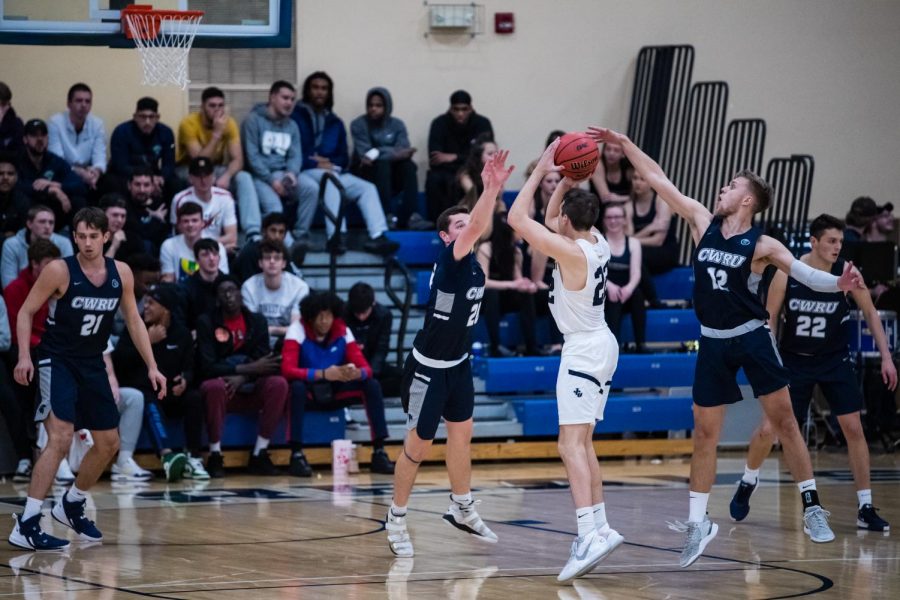 Fresh off a crushing 106-70 loss to Emory University, the Spartans sought to clean the slate at Brandeis on Jan. 31, though they unfortunately fell short by 7 points and added a fifth straight loss to their record. Among the starters, first-year Cole Frilling and second-year Ryan Newton, both forwards, shared a majority of the Spartans’ scoring load with third-year guard Antonio Ionadi. Frilling shot 40 percent from the field, scoring 10 points, while Newton recorded a double-double with 15 points, 11 rebounds and a team-high five blocks. Ionadi scored 9 points and dished a team-high four assists, but second-year guard Robert Faller stole the show for the Spartans, coming off the bench to score a team-high and career-high 20 points, while also recording two blocks, two steals, an assist and a rebound. Unfortunately, these noteworthy efforts were not enough to stop the likes of Brandeis’ Chandler Jones (13 points) and Collin Sawyer (22 points), who led the more balanced Judges to a 71-64 victory over CWRU. The Judges were also the more efficient team by 12.9 percent from downtown, scoring three more 3-pointers on just one more attempt in comparison to the Spartans’ 6-20 3-point performance. Despite the second-half comeback from the Spartans, the 13-point deficit they accumulated at the end of the first half proved to be too great to overcome, as they fell to 8-9 on the season with their fifth conference loss.

Two days later, the Spartans ultimately found success against the NYU Violets, snapping their five-game losing streak with an 85-77 victory on the road. Though the Spartans recorded seven fewer blocks and seven fewer rebounds in this victory than they did in their loss to Brandeis, they showed improvement in nearly every other aspect. Their shooting improved, as they shot 13.5 percent better overall, 18.4 percent better on three-pointers and 16.8 percent better from the free throw line. The Spartans also recorded 15 more assists, two more steals and reduced their number of turnovers and personal fouls by two each. Once again, Frilling balled out, scoring a career-high 30 points, which included four 3-pointers. Faller unfailingly showed up off the bench by scoring 16 points on 50 percent shooting and logging seven rebounds and six assists. Newton continued to spread his efforts, with a 7-point, 5-rebound and, team-high, six assist performance while Ionadi scored 12 points. Frilling’s free throws and Faller’s steal sealed the game for the Spartans in the last 11 seconds. With the conference win, CWRU improved to an even 9-9 on the season and claimed their second conference win.

This weekend, the Spartans will host the same opponents for Throwback Weekend, as they seek vengeance on Brandeis and hope to continue asserting dominance over NYU.