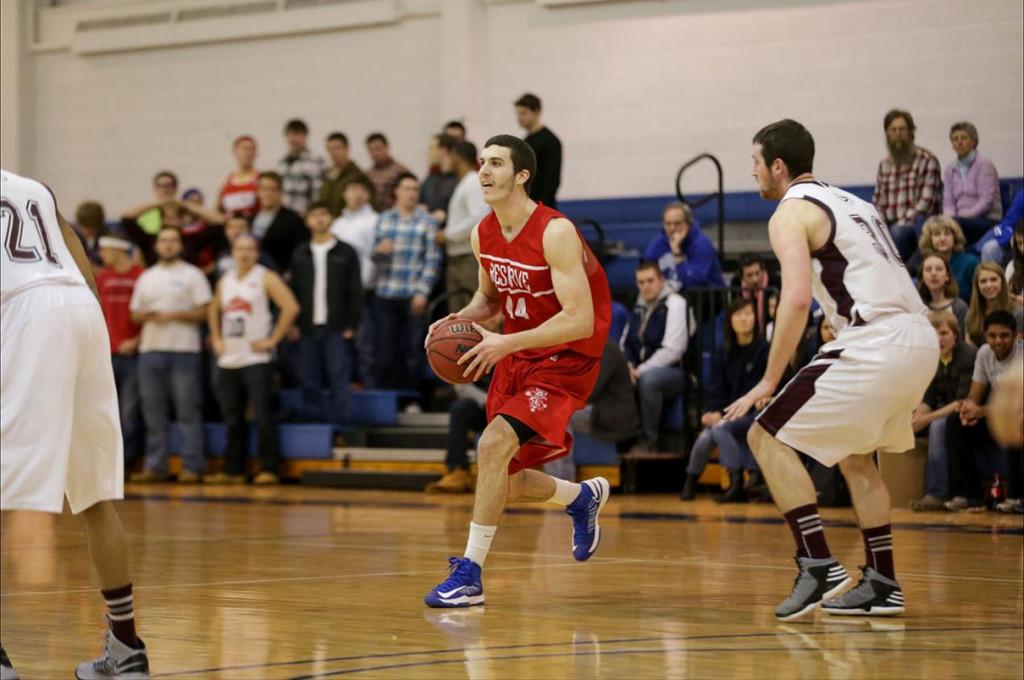 The CWRU Spartans Men’s Basketball team returns to campus after a summertrip to Costa Rica with the upcoming season stretching ahead. The team takes foreign trips every three years. The previous two trips, in 2007 and 2010, found the team in Brazil. The tri-annual trips help the team relax and prepare for a season that stretches the winter and spring months. “The trip that we are taking in August to Costa Rica will allow us to get a leg up, if you will, from a chemistry standpoint, from a team building standpoint, and from a competitive standpoint as well,” said Head Coach Sean McDonnell. Following the team’s trip on August 15-22, the team will be returning to Cleveland for a rousing season. “Our conference is always extremely challenging and extremely competitive. I think there are a number of teams that could be really strong candidates to play in the NCAA tournament,” said McDonnell. “I’m confident that we’re one of those teams.”

Perhaps the biggest challenger, says McDonnell, will be Washington University of St. Louis. With a 21-6 record last year, including an impressive 10-4 in conference, Wash U will doubtless prove a league leader. In addition, Brandeis University and Emory University are challenging in-conference opponents, but McDonnell is confident in his team. “I want to put our team as having a chance to play at the level those teams are playing,” he said. Beyond conference opponents, McDonnell is looking forward to playing local rival Baldwin Wallace, which could prove a unique opponent for the Spartans. “They should have a really good team, a really talented team and that will be another great test for us.”

A solid roster of returning talent will bolster the Spartan’s chances. “I think we can play a good, experienced returning player probably two deep in every position on the floor,” said McDonnell. Upcoming seniors David Thompson and Tim Chung are both returning, at center and guard respectively. Thompson played in 22 games last season, with 14 at starter, and averaged 8.3 points and 6.5 rebounds per game. His 49 total blocks were the second-most in school single-season history. Chung played in all 25 games, averaging 8.9 points per game, and racked up 53 three-pointers in addition to 26 steals. “They’re good competitors. They’ll be asked to carry a different load and a different responsibility this year than they have in years past. If those guys are exceptional teammates and if they’re outstanding leaders for our team, then I’m confident that our season will be really successful,” McDonnell says of the pair.

In addition to returning seniors, the Spartan lineup is rife with talent, including upcoming junior forward Dane McLoughlin, who led the nation in three-point shooting last season, going 55 for 106, or .519. His skill outside the three-point line also landed him in a spot in the CWRU single-season record books. Additionally, McLoughlin averaged 14 points and 4.9 rebounds per game, and recorded a double-double with 14 points and 10 rebounds against Carnegie Mellon at season’s end. “[He] probably has a chance to maybe be our leading scorer,” said McDonnell of McLoughlin.  “He’s got a pretty special skill set when it comes to shooting the ball.”

The Spartans have also recruited several promising players, including Mac Hartman from Kennedy Catholic High School in Pennsylvania and Javier Alvarez from Belen Jesuit High School in Florida. Said McDonnell, “I think they’re talented enough to push our returning players, and at the same time they’ve got some good returners in front of them. So they might have to earn their keep, if you will.” The Spartan season officially begins with the Stephanie Tubbs Jones Memorial Tournament in early November. They will play Anderson University of Indiana and a TBD opponent.