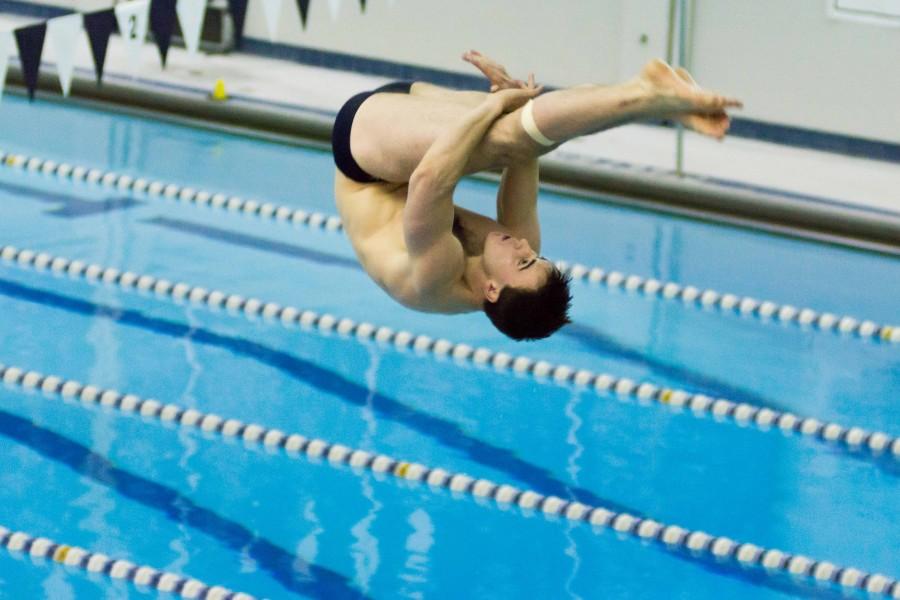 The Spartans swimming and diving squads combined for 31 first place finishes in their final meet on campus this season.

The Spartans hosted the Ohio Northern University in the meet this past Saturday and the near sweep was a fitting send off for the 12 seniors on the two squads, who were honored pre-meet in the Senior’s Day ceremony.

In addition to Glenn three more Spartans had two victories in the meet. Freshmen Ellie Wilson improved on her 200 breaststroke time from the previous week by nearly three seconds, netting her a second straight first place finish as well as a victory in the 100 breaststroke.

On the men’s side the Spartans were unable to completely shut out the visiting Polar Bears but managed to win 15 of the 16 events, a fitting send off for the successful seniors.

With this last Veale Natatorium meet for the season in the books, both teams of Spartans will compete against cross town rival Baldwin Wallace this weekend as their final meet before the UAA Championship meet in mid February. Case Western returns to the water at Baldwin Wallace on Saturday, Jan. 31st at 1:00 PM.