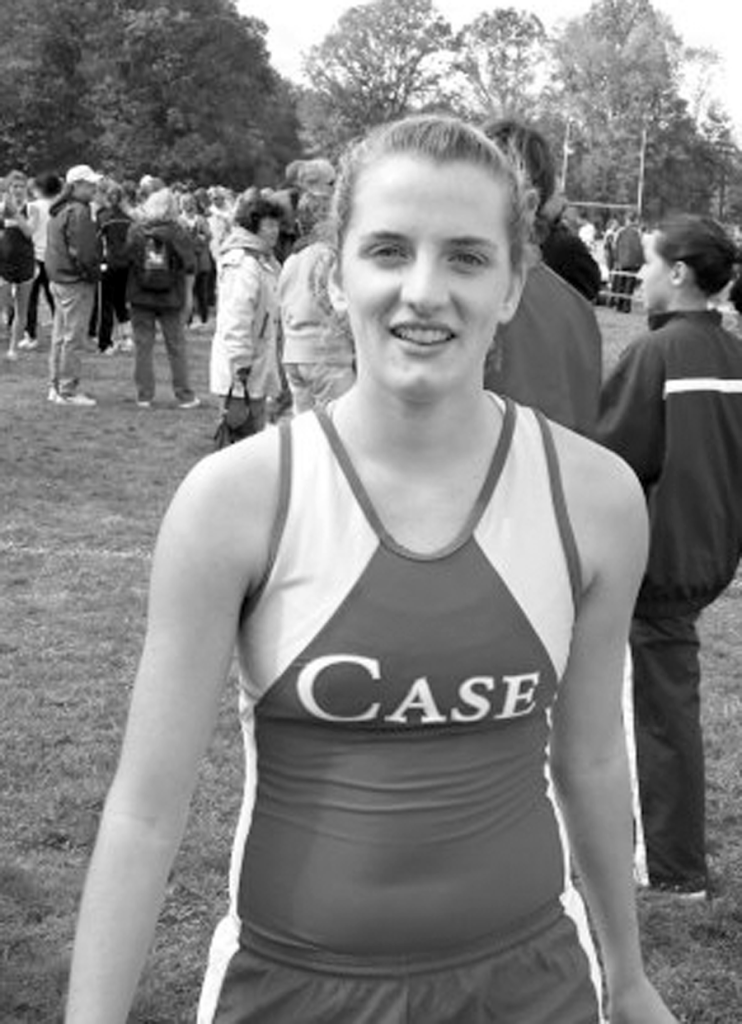 Cindy Spahn is a senior captain on the women’s cross country team, as well as a member of the track and field team. Spahn calls Fairfax, VA home but she moved to St. Louis, MO during high school. Spahn is a Chemical Engineering Major.

Peter Cooke: So when did you first start running?

Cindy Spahn: Since middle school, so I guess that’s 11 years.

PC: What caused you to started running?

CS: Well, I played soccer for a really long time but around sophomore year of high school I realized that my role on the team was to go into the game as an outside midfielder and run up and down the field as fast as I could and tire people out so my teammates could come in and score … it was a good time but I realized that I was probably better suited for running

PC: Sounds like the U.S. Men’s team could have used someone like you in South Africa. What’s the biggest accomplishment on the hills of cross country?

SC: I ran at the Cross Country Nationals meet this past year, it was awesome!

PC: What are some of your crowning achievements outside of running?

CS: Hmmm I am going to have to go with Burrito Eating Relay Running, the girls cross country team for Zeta Psi’s Qdoba Relays is currently the two time reigning champion … bring it on.

PC: It’s true, you guys destroyed me, I’m fairly certain I won the projectile vomiting contest though. What’s the worst thing you’ve been hit by during the season?

CS: Two words: SWINE FLU. I caught it last year the day before the UAA championships. It was a giant bummer. I missed the race and spent all of Halloween weekend in my bed. Awful.

PC: I’m sure the boogeyman kept you company. What do you think makes running miles and miles so special?

CS: There are very few sports that are as un-subjective as running. In other sports people complain about coaches playing favorites or that it was their teammates fault if they lost. In running, the gun goes off and the first person across the line was the best that day and nothing else matters.

PC: I’m still not convinced. Break dance fighting is easily my favorite un-subjective sport. If you could be guy for a day, what would your testosterone fueled, action packed, adventure be like?

CS: I would go down to the weight room and for once in my life pick up something heavier than a 10-pound dumbbell.

PC: Looks that you’d be a shoo-in for the Expendables sequel. Who’s the best athlete you’ve competed against?

CS: Well I run with a ton of awesome athletes every day but running with Elaine (Simpson) last season might top the list. I remember when she was trying to break 20 minutes in the 5K my freshman year and then last year she was ranked 3rd in the nation. It really goes to show that if you work hard it really can pay off.

PC: Don’t run harder, run smarder. So what’s the inside scoop on the upcoming season?

CS: We have a really experienced team this year. We just need to focus on staying healthy and I think we are going to see another successful season. Keep an eye out!

PC: We sure will, I’ll be driving a golf trying to keep up.