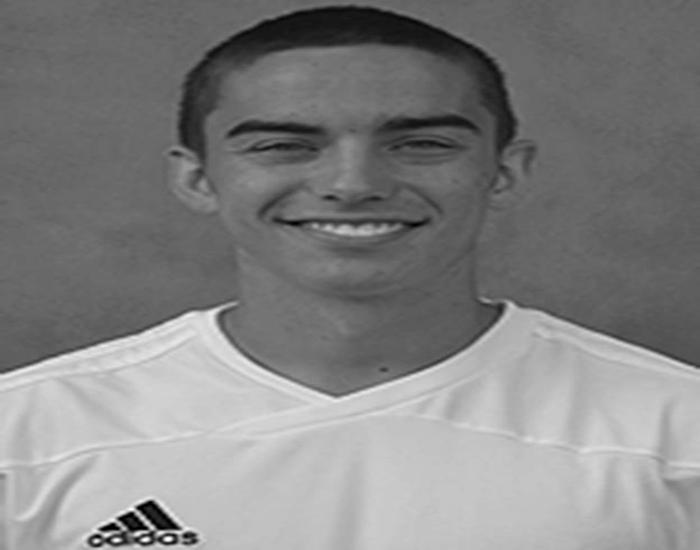 Eric Erb is a senior on the men’s soccer team. Erb is from Worthington, Ohio and is studying Nutritional Biochemistry and Metabolism and Chemistry.

Ben Yavitt: Eric, welcome to back to a new year of the Spartan Spotlight. I hope you are as excited as I am. Let’s cut to the chase. How long have you been playing soccer?

BY: Putting in the time on the pitch. What inspired you to start playing?

EE: Orange slices and granola bars at halftime and running through the tunnel after the game.

BY: Don’t forget the Capri Sun. Every soccer mom has at least four boxes in the back of their minivan. Do you have any extracurricular activities?

BY: Good stuff. Lets get into the real meat of this interview now. I’m sure everyone wants to know, who is your favorite athlete?

BY: Not only is she a WNBA superstar, she is an Olympic Gold Medalist, National Champion, and an amazing cook. Do you have any athletics honors?

BY: Very honorable indeed. What about the academic awards?

BY: That sounds more like a Case athlete. What is your best soccer memory?

EE: I have two memories: Winning the 2011 UAA Championship my junior year and winning a national championship over the 2010 summer with my club team.

BY: Yeah, but which one is better? Actually, I won’t make you decide; they are both pretty good. Let’s hear your worst soccer memory.

EE: Losing to Rochester my freshman year 4-0 to end our season. It was 12 degrees outside and we had a four hour bus ride back. Didn’t get back until 1 a.m.

BY: Classic. If it was 12 degrees in Rochester, by my estimate it was probably below eight degrees in Cleveland. Do you have a favorite quote?

EE: “Girls are full of lives and thieves” – Sam Kuehnle

BY: I’ll let the audience interpret that one. Where do you see yourself in 10 years?

BY: Ouch. What makes soccer stand out from other sports?

BY: Short people are also pretty good at horse racing, gymnastics, and professional limbo. Anyways, let me ask you, would you rather have the strength of 1000 men, be able to fly, or be invisible?

BY: Every one knows that’s the easiest way to get from northside to southside. If you could be a girl for a day, what would you do?

EE: Go get as many free drinks as I could and play with my boobs.

BY: The perfect day…O.K., if you could play any other sport, which would you pick, and why?

EE: Golf. You can enjoy a beer or two and still shoot a low round.

BY: I got to ask, who drives the golf cart? Must be the designated “driver.” What would we find in your locker right now that might surprise us?

BY: Wow, yeah. Caught me off guard. Have fun with that. On to the next one. What goes through your mind during a match?

BY: You should have been a goalie. Finish the sentence: Soccer is like a girl…

EE: Because the more often you try to penetrate the defense the more likely you are to score.

BY: Well said. Next, who is the best athlete you have ever competed with, and why?

EE: Nathan Beals a.k.a. Wildcat; his blazing speed and shifty footwork make him the complete package.

BY: Sounds fierce. Can you give any insights on how the season is going so far?

EE: We have potential, but we are still a little rough around the edges. If we can get ourselves organized, I think we will surprise some people.

BY: Sounds like a plan. Thanks a lot Eric, and good luck this season!