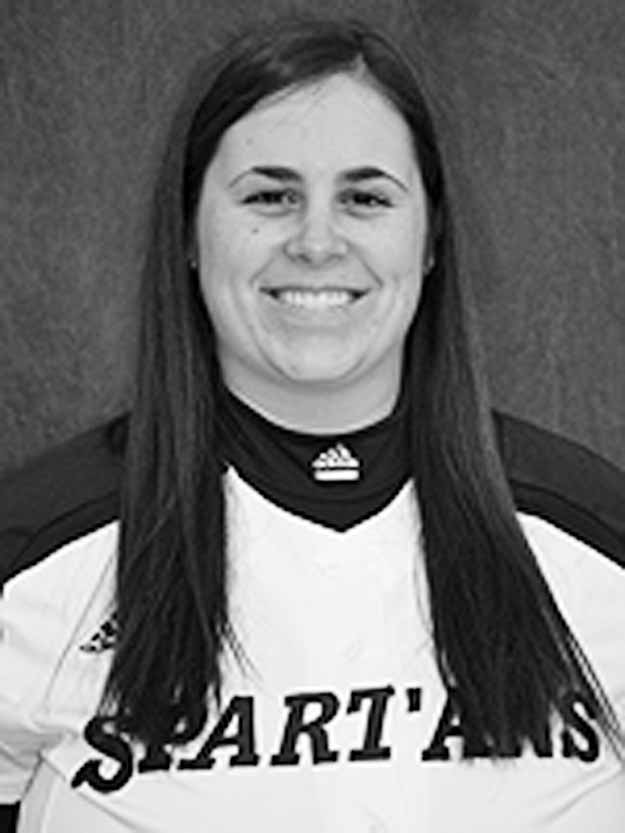 Lauren Wolz is a senior on the women’s softball team. Lauren is from Ashburn, Va. and is majoring in biology.

Ben Yavitt: It’s been a while. Welcome, Lauren. Start off as usual. How long have you been playing softball?

BY: I will have to look in the archives, but I bet that is a new record. Who inspired you to start playing?

BY: What a crew. They must show up to all your games. Do you have any hobbies or extracurricular activities?

BY: You must have spinners on your bike. Who is your favorite athlete?

LW: Molly O’Brien. She plays all the positions.

BY: Quite intriguing. Have you accumulated any academic honors while at CWRU?

LW: What are those? But seriously…passing the last three years.

BY: Hey, that’s a big deal. Pass one more, and you get a cool piece of paper with your name on it. What is your best sports memory?

LW: Punching Wash U in the ovaries twice at this year’s UAA Tournament.

BY: That one would stick, wouldn’t it. I bet Wash U won’t forget it. What is your favorite quote?

LW: “I regret that I have but one ball to give to my country.”

BY: Lance Armstrong? Or Napoleon Bonaparte (apparently he only had one testicle too). Where do you see yourself in 10 years?

LW: At Chick-fil-A on a Sunday.

BY: Sounds like a good spot. What makes softball stand out from other sports?

LW: If you score eight times more than the other guy you get to go home early. We beat big balls with metal sticks. We made the field smaller so you can reach all the bases faster and score more. Our balls move up, down, and side-to-side.

BY: I swear you’re describing another activity…I can’t put my finger on it though. If you could invite any three people to dinner, who would it be and why?

LW: Colonel Sanders for the secret recipe, Dumbledore for the sage advice, and Cristiano Ronaldo for the eye-candy.

BY: The Colonel would give up his herbs and spices. I have actually asked before. Would you rather have the strength of 1000 women, be able to fly, or be invisible?

LW: I already have all those powers so I would say reading people’s minds.

BY: Then you would know what I am going to ask next. (Hint: What is your least favorite thing about softball?)

LW: When we lose and Coach refuses to buy dessert.

BY: Wow. Stick with pee-writing. It is way better. If you could participate in any other sport, which would it be and why?

BY: That’s where the pro contracts are these days. What would we find in your locker right now that might surprise us?

BY: Ah. Four would have been completely normal, but five? Unexpected. What is one thing that most people don’t know about softball?

LW: The balls are never soft.

BY: So it should be called…hardball? Doesn’t sound as fun. What goes through your mind during a game?

LW: We better win because I want dessert.

BY: I like it. What is the high point of the softball season?

LW: Uhh…spending 10 days in Florida and getting the most bitchin’ tan. Duh.

BY: You could have picked one up here! At least, last week; it got frickin’ cold out. Who is the best athlete you have ever competed with and why?

BY: Well said. Any insight on how the season is going so far?

LW: Well, we have a winning record and the only one on the team who’s knocked up is the coach, so I think we’re doing it right so far.

BY: Sounds like a plan to me. Thanks a lot, Lauren, and good luck with the rest of the season!