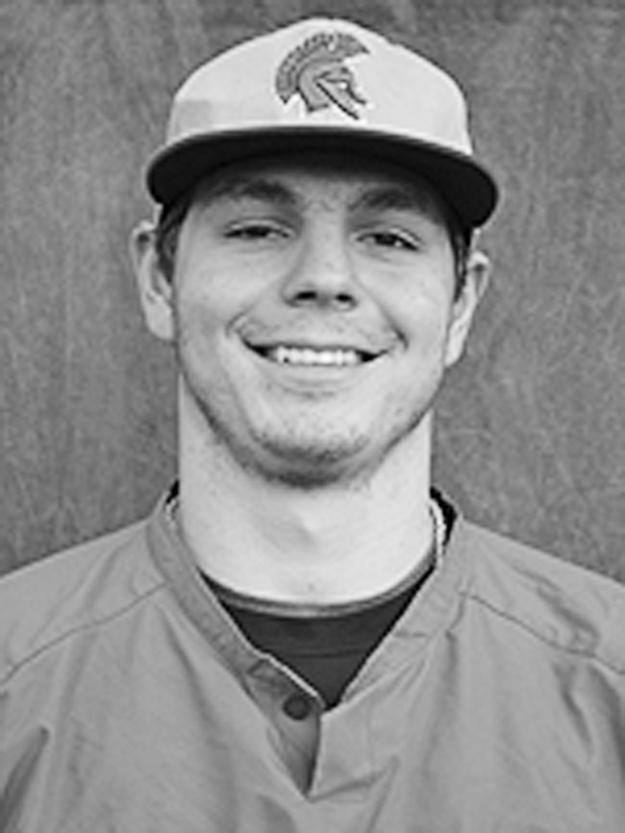 Peter Zak is a senior catcher on the men’s baseball team. Zak is from Brookline, Mass. and is majoring in chemistry.

Ben Yavitt: Welcome, Peter. How long have you been catching behind home plate?

BY: Back in the good old days, when players took steroids with their morning cup of coffee. Who inspired you to start playing?

PZ: My mother. She told me to get out of the house and play something, and baseball was the first thing I started playing.

BY: My mom told me the same thing. I was too lazy to play baseball, so I took a nap on a hammock. That’s my favorite sport. Who is your favorite athlete?

PZ: The Rock. Wrestling is not just the greatest form of entertainment, it also has the best athletes. I mean, who else do you seeing doing the Peoples’ Elbow. That just takes pure athleticism.

BY: The Rock is a true American hero. Also one of my favorite actors. Have you accumulated any athletic honors here at Case?

PZ: Voted by the Bullpen Catchers of America the best bullpen catcher three years running. It’s a tough job but someone has to do it.

BY: The dedication has paid off. Any academic honors?

PZ: Not failing out of this school.

BY: Well said. What is your favorite baseball memory?

PZ: This year in Florida we had 18 of our players, including myself, stuck in an elevator. We were stuck in it for 30 minutes. The look on our coaches’ faces as we all climbed out of it was priceless.

BY: With all the recent power outages on campus, I would stay away from elevators. What is your worst baseball memory?

PZ: Freshman year we drove 15 hours to Georgia, got off the bus, and had to play a game. To make it even worse, we lost by 12. Just a very bad day.

BY: That sounds terrible. What is your favorite quote?

BY: Where do you see yourself in 10 years?

PZ: A doctor for a Major League Baseball team.

BY: Sounds like a good gig to me. What makes baseball stand out from other sports?

PZ: Baseball is an individual game. In every situation there is only one person that can make the play. It tests your ability to bounce back from failure. In what other sport can you fail three out of ten times and sill be considered successful?

BY: Maybe cricket, but I am just guessing. I honestly have no idea how to play cricket. If you could invite anyone to dinner, living or dead, who would it be and why?

PZ: Ted Williams and Jarrett Gish. I would like to hear how Jarrett would pitch to the greatest hitter in baseball history. Jarrett deals on the mound. I think it would be a pretty good battle.

BY: That would be quite a matchup. From my statistical research, Ted Williams never won UAA Player of the Week. If they made a movie about your life, who would you want to play you and why?

PZ: Danny McBride. I have been told I have an arm like a cannon and a mind like a rocket scientist.

BY: I would go see that. What is your least favorite thing about baseball?

PZ: Golf. I could be a professional athlete until I’m 55, then join the senior tour.

BY: Then retire, in a gated golf community. What would we find in your locker right now that might surprise us?

BY: Okay, then… What is one thing most people don’t know about baseball?

BY: Truly fascinating. What goes through your mind during a game?

PZ: What are we going to eat after the game? We get the best food after we play, especially when Chuck-O is in town.

BY: You are making me hungry. Who is the best player you have competed with and why?

PZ: Chad Mullins. His work ethic was incredible. He was able to change positions twice in his career here and play them very well. Also, he was the best hitter I have ever seen. There is a rumor going around that he hit a home run off a ball that bounced.

BY: I heard he hit a home run that hasn’t even landed yet. What is the high point of the season?

PZ: Getting off the bus for the first game. There is nothing more exciting than working hard for four months and seeing if it all pays off.

BY: That’s when you know it’s baseball season. Any insight on the season so far?

PZ: The season is going well. We are looking to go to our second regional in school history. There are a few more games left against some good teams, but we have started to hit our stride.

BY: Thanks a lot, Peter. Good luck with the rest of the season!