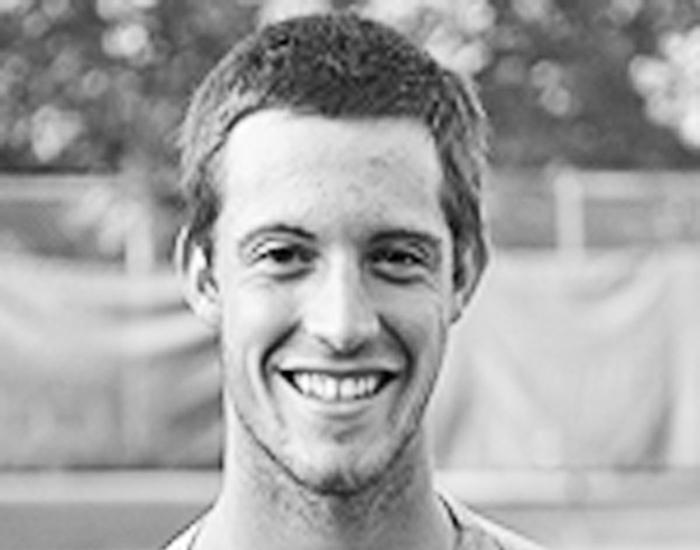 Richard Brunsting is a junior on the men’s tennis team. Brunsting is from Nashville, Tenn. and is majoring in nutrition with a sports medicine minor.

Ben Yavitt: Welcome. I’ll start off by asking, how long have you been playing tennis?

Richard Brunsting: This is my third year.

BY: Impressive. Who inspired you to start playing?

BY: It wasn’t Mario Tennis for the N64? I though that’s how every kid learned what tennis was. Do you have any hobbies or extracurricular activities?

RB: Getting with girls.

BY: Yeah…you know, there isn’t a club for that at Case. Who are your favorite athletes?

BY: A nice mix. Do you have any athletic honors?

RB: The UAA baller of the week.

BY: Don’t worry, no need to elaborate. What is your best tennis memory?

RB: Clinching the match versus NYU last year during the UAA championships.

BY: Anything involving beating NYU is good in my book. What is your worst tennis memory?

RB: Tearing my meniscus after beating the number-one team in the nation in dubs the week before.

BY: Ouch. I would definitely try to forget that one. What is your favorite quote?

RB: I don’t have this quote down perfect, but it’s from “Gladiator:” “My name is Maximus Decimus Merridius, Commander of the Armies of the North, General of the phalanx legions, loyal servant to the true emperor Marcus Aurelius, father to a murdered son, husband to a murdered wife, and I will have my vengeance in this life or the next.”

BY: Wow. That was pretty much spot-on. You must practice that one; it’s sure to get your game face on for a match. Where do you see yourself in 10 years?

BY: Sounds like a good gig. Free massages. What makes tennis stand out from other sports?

BY: Or 11 hours, like in the match at Wimbledon a few years ago. I watched it, went to sleep, woke up, and it was still on ESPN. If you could invite any three people to dinner, living or dead, who would it be and why?

BY: I honestly can’t argue with that. If they made a movie about your life, who would you want to play you and why?

BY: For his Oscar-worthy acting skills, or his insane driving ability? What is your least favorite thing about tennis?

RB: It is such a time-demanding sport.

BY: Nothing I can do about that. Sorry. If you could be a girl for a day, what would you do?

BY: If you could participate in any other sport, which would it be and why?

RB: Curling because it looks so cool.

BY: Not only is it cool, it’s actually really cold. What is one thing that most people don’t know about tennis?

RB: It requires athleticism. Everyone thinks tennis is an easy sport.

BY: Everyone who thinks that should stick to ping-pong. It is tennis without the athleticism. Finish this sentence: Tennis is like a guy or girl…

RB: Tennis is like a guy because we need at least two balls.

BY: And you can barely get by with one. What is the high point of the season?

BY: Usually it would be to get away from the snow…what snow? Who is the best athlete you have ever competed with and why?

RB: Sean Carr, because he is really athletic and gets to everything.

BY: Excellent. Any insights on how the season is going so far?

RB: We just beat DePauw who was ranked ahead of us nationally. We are making great strides so far and are starting to play some good tennis.

BY: That is great to hear. Thanks a lot, and good luck with the rest of the season!