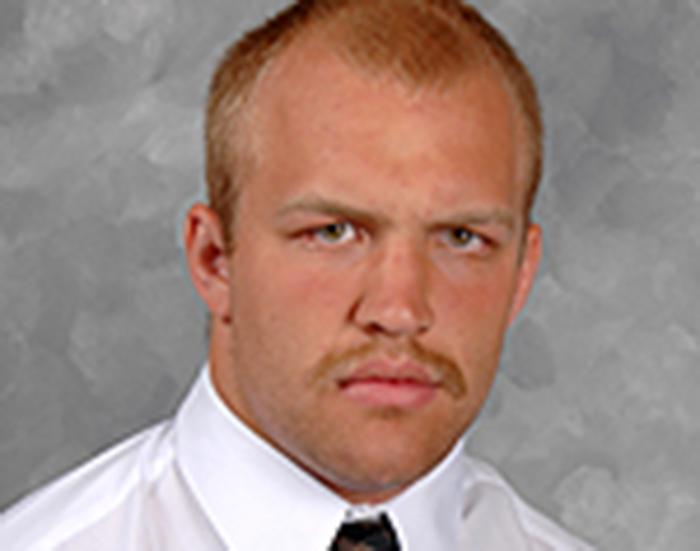 Wade Self is a senior on the football team. Self is from Lake Zurich, Ill. and is studying biomedical engineering.

Ben Yavitt: Wade, welcome. Let’s start off as usual. How many years have you participated in football?

BY: I like the dedication. What inspired you to start playing?

WS: I knew I wanted to play football when my dad told me he would stop ridiculing me and questioning my gender if I joined the team. He did not follow through on said promises.

BY: Sorry to hear that. Do you have any extracurricular activities or hobbies you want to share?

WS: Tim “The Mantis” Maleski. A true inspiration to us all.

BY: Indeed. Let’s hear about your athletic honors.

WS: My coach told me I run really, really fast. Like a deer or an otter or something. Some kind of animal. But yeah, that was cool.

BY: I have never seen an otter run, but I believe you still. What about academic honors?

WS: Five gold stars in third grade, which was fourth most that year.

BY: Gold stars are the ultimate GPA booster. Too bad we don’t get them at Case. What is your best football memory?

WS: In 10th grade, I finally worked up the courage to shower without my jean shorts on. I was a late bloomer, but I’ll never forget how refreshing the water felt on my smooth, hairless body.

BY: What was your worst football memory?

WS: I killed a kid. On the field. Killed him dead. Next question.

BY: Okay, next question… What is your favorite quote?

WS: “Got in my power stance and I was like ka-ka-KAKAKAKAKAKAKA” – Montez Walker

BY: Inspirational advice that applies to all aspects of daily life. In your opinion, what makes football stand out from other sports?

WS: People love the violence and all of our well-toned calves, with the exception of Andy Berkebile.

BY: Defense wins championships, but well-toned calves sell tickets. If you could invite any three people to dinner, who would it be and why?

WS: I would honestly just eat with my family. We love each other so much, when we’re together there’s Self love everywhere. You can’t be around us and not see some Self love.

BY: I can see it. Would you rather have the strength of 1000 men, be able to fly, or be invisible?

WS: I’d like to be invisible so I could follow Mike Harris around and listen to him talk.

BY: As you wish. Let me ask, if they made a movie about your life, who would you want to play you?

WS: The Neanderthal in the Geico Commercials.

BY: Not the Gecko? I think he is a better actor. If you could be a girl for a day, what would you do and why?

WS: If I were a girl, I would seize the opportunity to go on a date with the very single Trip Duchscherer.

BY: Go for it. If you could participate in any other sport, which would you pick and why?

WS: Jai alai. I only compete in sports in which death is a realistic possibility. Which is the same reason I hunt sexually frustrated badgers.

BY: Both of those sound pretty dangerous. What might we find in your locker right now that would surprise us?

WS: A pizza box with a nice girthy hole in it.

BY: Surprising, indeed. Let me ask, what goes through your mind during a match?

WS: I spend a lot of time wondering how my bulge looks from the stands. The fans pay upwards of two dollars for our games and they deserve the finest bulge I can provide.

BY: Would the pizza box help? Just a suggestion. What is the high point of the season?

WS: Writing jokes about exploring your body for the school paper.

BY: Cherish this moment. Who is the best athlete you have ever competed against and why?

WS: Myself. Every day I compete against the odds. They said a young scamp with one testicle and mild autism from the swamps of Illinois could never make it in the high stakes world of Division III athletics, but look at me now, world. I made it.

BY: Any insights on the how the season is going so far?

WS: The fall lineup on NBC looks fantastic. It should be a great season.

BY: Thanks for your time, Wade. It was great to chat. Good luck with the rest of the season!