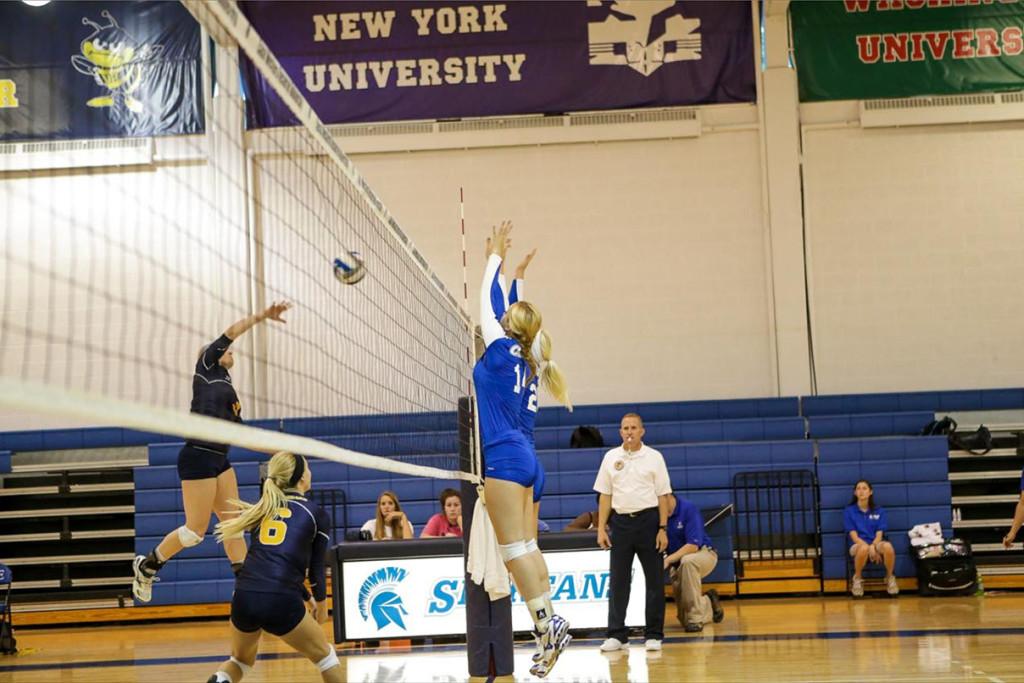 After going 5-5 in conference play during the 2012 season, the Spartan volleyball team expects stiff competition again this year.

With a fresh season ahead of them, the Spartan Volleyball team is preparing for stiff competition. Last year, the Spartans finished the season with a 24 and 11 record, including a 5-5 record in conference play. After dropping a four-setter to No. 16 nationally-ranked University of Chicago, the Spartans finished fourth in the final day of the 2012 UAA Championship Tournament. The squad tied with 3 previous Spartan teams for the third-most victories in school history. Looking forward to her eighth season with the Spartans, Head Coach Karen Farrell expects both competition and growth. “We’re set to have a very competitive season. We have probably the most talented group we’ll have. They will be very young, so depending on how quickly they put it together will have a lot do with our results, but I think we’re going to be very talented and very deep in a lot of positions.”

In addition to being generally competitive, Farrell is focusing the team on improving on last year’s in-conference record. “We’ve got to figure out how to beat Chicago and move into the top three,” she said. A victory against the University of Chicago could mean chances against larger opponents. “We’ve had trouble getting to those top ten national groups, so that’s what we’re working on, is trying to corner the top national teams,” Farrell added. The Spartans are also scheduled to face imposing regional opponents like Mount Union, Otterbein, and Hiram. Says Farrell, “They are our perennial regional powers and we have all five of them on our schedule in addition to a very tough UAA schedule.”

Last year’s Spartans dominated at home, with an 8-1 record in their home gym. They went 5-2 in away matches, and 11-8 on neutral turf. “It’s nice to be home and we aren’t home that often, so I think we get the additional adrenaline from being in our own gym and seeing our own beds and that sort of thing,” Farrell said. “There were a lot of road games during the season and lots of those were ranked teams.” The Spartan squad will benefit from a dearth of returning talent, including all-conference performers junior Natalie Southard and sophomore Carolyn Bogart, a middle hitter and outside hitter respectively. “They’re particularly strong attackers for us,” said Farrell.

Southard missed time at season’s end due to illness, but played 29 matches and 105 sets, racking up 298 kills and 85 blocks, 18 of which she soloed. Bogart played in every match during the 2012 season with 392 kills, 192 digs and 35 blocks. Farrell has faith in her roster, despite a schedule laced with challenging opponents. “We’re going to be really deep and pretty versatile.”